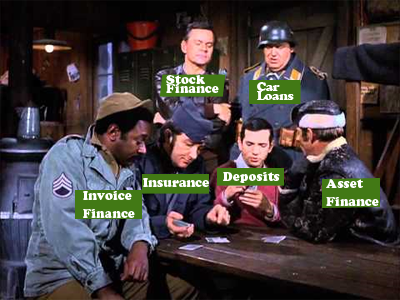 Building society Heartland New Zealand, which expects to find out in November whether it gets the green light from the Reserve Bank to become a bank, says it halved its funding cost premium over banks in the last year and expects to reduce this further should it become a bank.

Craig Stephen, Heartland's head of treasury and strategy, said the funding margins Heartland pays over and above bank peers have reduced from about 120 basis points to about 60 basis points over the past 12 months. Speaking at an annual results briefing after Heartland posted a more than threefold rise in net profit after tax, Stephen said New Zealand owned banks such as SBS Bank, TSB Bank and the Co-operative Bank, which are a similar size to Heartland and have similar credit ratings, tend to fund themselves - on average - about 20 basis points above what he considers to be a deposit yield curve for the major banks.

If Heartland becomes a bank, Stephen said he expects comparable funding costs to those of the NZ owned banks.

"We expect another 40 basis points of cost improvement as a base level," said Stephen. "To the extent we can improve non-interest bearing accounts as part of our portfolio, then that'll improve it even further."

However, he noted any return to a buoyant economy and/or increased demand for credit, could put pressure on competition for deposits. Heartland's deposits increased NZ$31.8 million in the year to June 30 to NZ$1.625 billion with a reinvestment rate, since Heartland's deposits ceased being covered by the extended Crown retail deposit guarantee scheme on December 31, of around 80%.

"In other words they have more short-term debt and short-term debt is obviously cheaper because it's further down in the yield curve. We want to manage our duration prudently, but we do have room to increase some of the core deposits, which are at the low end of the yield curve, but in practice tend to be quite sticky," Greenslade said.

"They tend to just roll over and roll over. So we've got room to not just reduce our interest rates across the yield curve, but to shift some of our debt towards the shorter end and get a reduction that way," Greenslade added.

Over longer terms Heartland's advertising a 5% 12 month rate building to a 6.15% five year rate, again for minimum deposits of NZ$1,000. The best from banks over 12 months is Bank of Baroda and Bank of India at 4.60% - for minimum NZ$5,000 deposits - and the best over five years is RaboDirect's 5.55%.See all advertised term deposit rates here.

Staff levels were down 8% from highs after Heartland completed its PGG Wrightson Finance acquisition a year ago, largely through attrition with departing staff not being replaced.

Heartland grew total assets by NZ$230 million over the June year to NZ$2.34 billion and total liabilities by NZ$151.8 million to NZ$1.97 billion. Stephen said the business was carrying cash of NZ$90 million, with total liquidity of NZ$449 million equivalent to 23% of total liabilities.

Greenslade, who outlined expectations of banks battling more for each others customers like telecoms and electricity providers do given a low credit growth environment, said Heartland was running a 'two bites of the cherry strategy" as it focuses on small and medium sized businesses, the rural sector and the retail and consumer sectors. It was trying to offer deposits to "whoever will want them", and had a "relationship driven" strategy based around depositors, business customers and farmers built on "people, service, and reliability."

Alongside this is a "hero product strategy" centred around products where Heartland's hierarchy feels it can be a market leader.

"We're a small organisation, it's very difficult for us to be best in something like mortgages. But there are plenty of niche products where we can be best at. They are inherently high margin and low risk. They're about reach, about selling more, and importantly they can be sold not just through our own network, but we can sell them through other people's networks," said Greenslade.

Hero products had a high return on equity, were low risk, and cheap to manage, Greenslade added.

"We just want to find more ways of selling those products to people and we want to leverage, not only our own distribution network, but other people's to be at point of purchase or point of relevance when those products are needed," said Greenslade.

Motor vehicle financing, for example, was low risk targeting the household sector, performing in a similar way as mortgage customers do for banks.

"We have a centralised approval process which is scalable and very efficient, so it's relatively low cost," said Greenslade.

"Eighty percent of our sales are originated by people who don't work for us, aren't on our payroll, and aren't located in premises that we're paying for so it's a very efficient product contributing substantially more earnings than it takes out in costs and impairments."

Any organisation which targets niche markets, apparently with 'high margin and low risk' , should have to issue a prospectus, and not be allowed to take vanilla deposits from the general public.

Nothing can be high margin and low risk,  for very long.

It either evolves to low margin, because competitors see the opportunity also, and move in, or high risk, because there was a reason for the high margin in the first place.

But WTF, if it turns to custard, most likely the taxpayer will pick up the tab anyway, that seems to be trend over recent years.

When he named his hero's I thought they would be Batman, Superman,the Loneranger, Captain America and Mr Incredible, but I dont think even they would have big enough balls to put their life savings into Heartland.

I know a couple of farmers that got dumped by BNZ, Rabo  ended up at heartland, only going to end up in tears, as is this.

Perhaps they could do a deal with torchlight?