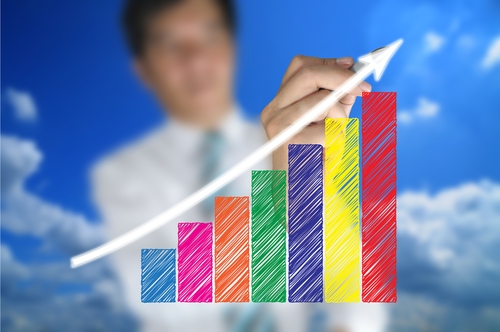 Economic activity was strong in the March 2013 quarter, maintaining the momentum set in the December 2012 quarter, according to NZIER’s Quarterly Survey of Business Opinion.

The recovery is broadening from Canterbury and Auckland to other regions. Businesses are optimistic and are hiring and investing more, NZIER says.

Business optimism rose over the past three months (32% net optimists from 19%, excluding seasonality), the highest level since March 2010.

Domestic trading activity, which is a very good indicator of GDP growth, inched up from an already strong 10% in December 2012 to 11%. This is the strongest reading since June 2007.

The QSBO does not survey the agriculture sector directly, so it will not incorporate the impact of the drought.

The survey includes suppliers to the sector (like fertiliser sellers) and users of agriculture output (food manufacturers), so it still presents a reliable read on the economy.

“There are encouraging signs of a broadening and strengthening economic recovery across regions and industries. Businesses are hiring and investing more. This is the most broad based strength seen in the survey since the recession began in 2008” said Shamubeel Eaqub, Principal Economist at NZIER.

The lift in activity and optimism is flowing through to new hiring (4% from -3%) and investment intentions for buildings (3% from -3%) and plant and machinery (8% from 5%).

Canterbury has been driving much of this, but there is emerging evidence of a broadening lift in hiring and investment in other regions too.

There are some capacity pressures, but these are mainly concentrated in Canterbury.

Exporters also reported tighter capacity; this may be related to fast-tracked meat processing due to the drought.

Survey respondents expect the RBNZ to hold interest rates at a low level.

Note, raf and the Magic Christian tribe who wanted to seed this economy with free money have been quiet these last couple of months.

Let's see. We always said that there had to be a global lid on real growth, and have identified what it is. The longer we go on, the less likely that is an incorrect appraisal.

We always said there would be a roller-coaster - more accurately, a downward saw-tooth - a series of attempts to kick-start the dead motorbike.

We always said there would be winners and losers under the sinking lid, and that if you produce food, you have a better statistical chance of being a winner.

Optimism, of course, is an emotion. Lot of it about. Means FA. The question is: is it being done on debt, and can the debt be repaid? If the answers are 'yes' and 'no', then it's smoke-and mirrors. If it's 'no' and 'yes', then it's an up-tick on the saw-tooth.

Optimism, like pesimism, like all 'isms', are ephimeral. Our growth has always been based on debt, at least during my years here, and employment is a lagging indicator, it lags by about six months. The worlds economic system is based on faith, nothing more, and expectation management is the foundation for todays' economic policies the world over. The high priests of finance made it so, and we are incapable of dismanteling it. The few that understand it are not enough to change the status quo, and the rest of the populorum are too busy paying the mortgage to think of alternatives, much less act upon them.

We have become a captive resource of capitalists by following the policies peddled out of the USA, and I am afraid this may not be ephimeral!

Good times are here, for now...

My old man used to say that half the people you meet should be below average, but he reckoned it was worse than that.

But even if folk work it out, their ability to move is pretty limited. The Mortgagebelt-types foist debt on them, the media tout growth asif it was sustainable/desirable, and they can't all hop off the treadmill, hopping-off requires there to be something to hop from.

Just how good the times are, can be ascertained byt the oil supply-rate, and to a certain extent, the price. Any split between that (the real) and claimed 'growth', has to be the work of the booster.