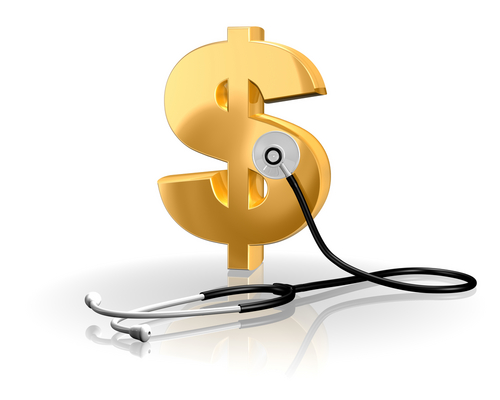 The IMF's given New Zealand a pat on the back for its economic management in the wake of the global economic downturn.

In their final report as part of their annual check-up on New Zealand, the IMF's executive Directors commended the authorities’ strong track record of prudent macroeconomic management in the wake of the global economic downturn and devastating Christchurch earthquakes.

The IMF team was in New Zealand in March, following which its report was compiled, which has now been commented on by IMF executive directors.

The directors said that while a recovery was under way in New Zealand, growth this year was likely to remain modest, with an increase in construction activity offset by headwinds from budget deficit reduction, the strong dollar, and the recent severe drought.

"Risks arise from persistent low national savings and large external liabilities, and from high and rising house prices," the said.

The directors, however, welcomed the authorities’ continued efforts to reduce these vulnerabilities.

They agreed that current "accommodative" monetary policy stance was appropriate, but warned that a tightening in monetary policy may be warranted if house-price and credit expansion begin to fuel inflationary pressures.

The IMF report said although housing affordability figures were difficult to interpret, most showed a significant deterioration in New Zealand during the last two decades.

"The median house to income ratio rose from 3 in 2000 to about 5 in 2007, before declining to about 4½ in the last five years as incomes outpaced nominal house price growth.

"This ratio is somewhat higher than that of several peer countries. Despite the recent decline, various measures still point to overvalued house prices [in NZ].

"Model based analysis suggests an overvaluation of about 25%

"Price income ratios are 20% higher than the average of the last three decades. Price to rent ratios, which also rose significantly during last boom, show an even larger overvaluation, although rent values in New Zealand are distorted by the large stock of public housing, which serves about 5 percent of the population," the report said.

"The planned pace of deficit reduction strikes the right balance between sustaining aggregate demand and limiting public debt growth. It withdraws fiscal stimulus at the right time by making room for increases in reconstruction spending. It also reduces pressure on monetary policy, creates fiscal space, and could help to raise national savings."

The IMF directors said the "relatively modest" New Zealand public debt provided some scope to delay the planned deficit reduction in the event of a sharp deterioration in the economic outlook.

They said the causes of low household savings would need to be addressed to reduce pressure on the exchange rate and limit current account deficits.

"In this context, directors welcomed the shift in the composition of taxation from income to consumption taxes and looked forward to follow-up on the conclusions of the Savings Working Group."

"Directors agreed that banks remain sound, with recent stress tests showing that the major banks could withstand a variety of sizeable shocks. They observed, however, that banks remain exposed to highly leveraged borrowers and to rollover risks associated with large short-term offshore funding needs.

"Directors welcomed the reserve bank’s consideration of using macroprudential tools in a judicious way to limit risks in the housing market, as a complement to macroeconomic and microprudential measures."

"Coming out the day before the Budget, this is a strong vote of confidence in the Government’s programme over the past four years."

"The directors flew in... The directors said... The directors are pleased..."
Pat, pat, pat... Good mutt! Good donkey!
Are these the same directors who where "asleep at the wheel" back in 2006 and 2007...?
Personally, I could care less what the FIMF has to say. Does anybody really care...?
HGW

At this same time, the International Monetary Fund (IMF) emerged as the guarantor of the creditworthiness of developing countries. The IMF had performed this role in the past, but primarily with regard to its "own" money - that is, money lent by the IMF to assist countries in addressing balance of payments problems. This new emphasis on creating conditions primarily to assure payments to private institutions, while in theory not a new undertaking, was different in character and content from what the IMF had done in the past, largely because of the enormous amount of money involved. Unfortunately, the IMF, in spite of the unprecedented situation, did not perceive that its responsibilities had changed in any significant way, and gave its seal of approval for additional loans only to those countries that accepted its traditional policies, which are generally referred to as stabilization programs of "structural adjustment."
https://www.mtholyoke.edu/acad/intrel/globdebt.htm

A more sober assessment of the Bolivian buy-back reveals that commercial bank creditors probably reaped most of the benefit. Before the buy-back, banks expected to receive a total of $40.2 million (.06 × $670 million). After the buy-back, banks had collected $34 million and their expected future repayments were still $39.8 million (.11 × $362 million). How did creditors manage to reap such a large share of the benefits? Basically, when a country is as deep in hock as Bolivia was, creditors attach a far greater likelihood to partial repayment than to full repayment. Having the face value of the debt halved did little to reduce the banks' bargaining leverage with Bolivia, and the chances that the canceled debt would have eventually been paid were low anyway. Similar problems can arise even in countries whose debt sells at much smaller discounts.

We shouldn't give them Visas to enter the country.

Talk about focus on the positive...! Lap dogs to a slip of a girl..!
The IMF commended but warned, commended but, warned commended but warned....
I'll ave a dollar both ways ta...! said the IMF spokesperson
As I was saying the irish logic rules the day....it's business as usual , until it's not.
Billy Bob, sometimes you really are a backwash donkey's ass minder, snorting some kind of triumph with your little spit polished apple hanging out for teachers inspection......
Here's a brilliant idea to meet 2014/15 surplus.....borrow it...! oh so you already thought of it all by you little selfs....twat.