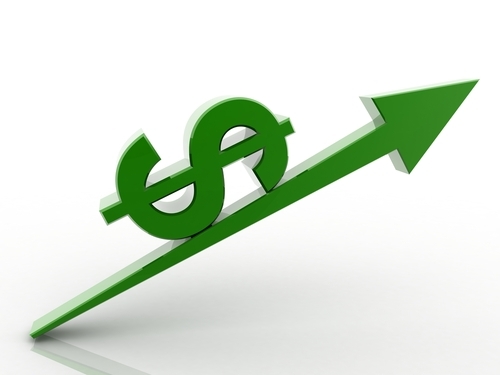 The New Zealand dollar could be set to reach its highest level - about A90c - against the Australian currency in several years over the next 12 months, according to forecasts by Goldman Sachs economists.

Economists Philip Borkin, Tim Toohey and Andrew Boak in an "NZ Economic Update" research paper say their 12-month forecast rate for the Australian dollar against its Kiwi counterpart is now NZ$1.11 to the Aussie dollar.

"It would be the lowest level this cross rate has reached since briefly during 2007," they say. It would also mean the Australian dollar being some 8% lower than its average rate against the Kiwi since 1990.

Turning the rate round, this would equate to the Kiwi dollar being worth about A90c, compared with today's rate of around A83.9c. At the start of this year the Kiwi was worth just A79c, while in early 2011 it was languishing as low as A73c.

The economists say they have been forecasting an "inflection point" in Australian and NZ growth prospects for some time "and it is now under way".

"This is founded on diverging investment cycles, NZ terms of trade outperformance and strong NZ house price growth," they say.

They say that after Australia had weathered the aftermath of 2008's global financial crisis well, its economy was now facing "greater headwinds" than New Zealand's.

"In fact, for the first time in a decade, domestic demand growth in NZ (both in 2013 and 2014) is forecast to outpace Australia's."

The Goldman Sachs economists say that Australian mining investment is expected to peak in 2013 and then become a drag on growth over 2014 and 2015.

"Conversely, NZ investment is forecast to grow strongly as a result of significant earthquake reconstruction activity."

They say that due to the outperformance of "soft commodities", particularly dairy products, NZ's terms of trade is forecast to outperform Australia's by over 20% in the next four years.

The economists say that because of the Australia's challenges of transitioning from mining-dominated growth, they think that additional monetary policy support will be required in Australia and forecast a further 25 basis-point cut in the cash rate in November.

"This will see official interest rates converging to 2.5% in both countries after the differential was as high as 2.25% as recently as late 2011. This differential is also expected to turn in NZ’s favour over early 2014 as the RBNZ begins to tighten policy."

Dreary dreary.  Will this exchange rate pain never end.  A week ago we get a glimmer with the US dollar.  And now we are going to have a dismally trending exchange rate with Australia.  Bugger.  Mind you exchange rate predictions are oft wrong.  Let's hope so.

I agree with your sentiment; but unless our government and Reserve Bank changes approach, it looks to me like Goldman are likely to be correct. To the extent a relative appreciation is about dairy being a current better bet than metals mining, I don't really have a problem with an appreciation. It is the deliberate offshore funding to pay for housing, whether earthquake linked or not, that seems very sub optimal economic management. In a roundabout way we are sacrificing export (and import substitution) businesses to pay for the rebuild, when there are alternative ways of funding them that would not be so damaging through the exchange rate.  The reality is that Key and English are populists, and understand that their constitutuents as consumers like the spending power and overseas holidays of a high exchange rate. So they have no intention at all of doing anything to jeopardise that.

None whatsoever..Stephen L....in fact works for them about now, on the down side, the long range disruption to trade with Aus it will cause will bite our asses severly , despite our new best friends picking up the slack.

I'd guess Key figures Aus Banks already have enough vested in N.Z. Dairy to balance the swing........on my life, if it gets anywhere near 96 again buy like there's no tomorrow.

It's not just the property boom the Aus Banks largely underwrite...and fuel.

Any politician who is not a populists isn't a politician for very long.

Who doesn't want a $ worth 25 cents US or 70 Oz ? other than those who aren't farming, or selling junk product at the cheapest prices you'll find in the world.

Hullo !  Have  the suppposed "brains trust " at Goldman Sachs only woken up to this now ?

I have been banging on about this problem on this forum for over a year, and I am just some ordinary bloke - in- the -street .

It pisses me off that the NZ Central Bank has not intervened more resolutely to protect our interests . If needs be we should lower interest rates further while we re-buid Christchurch and sort out Aucklands housing prolblems  and to reduce the carry trade

Many countries take steps to protect their self interests , Malaysia , Singapore , Japan, the Eurozone , Brazil , South Africa ,   hell even the US does this , so why should we not do the same ?

Its annoying too when we hear peope saying that our strong currency is like " our share price" , meaning we are a good punt .

What absolute bollcoks , our economic fundamentals have not improved in the past 5 years , and if anything , they have got worse with large deficits on the current account , reduced terms of trade , increased unemployment , and consumers who wont spend

Who pulls the RBNZ financial strings? Who do they meet with on a regular basis in the US?

This is the answer to your questions! This video might help you workout why we have NO actual financial sovereignty as a nation