Government says it is spending our money evenly around the country; Cunliffe swipes at 'bizarre' report

Government says it is spending our money evenly around the country; Cunliffe swipes at 'bizarre' report 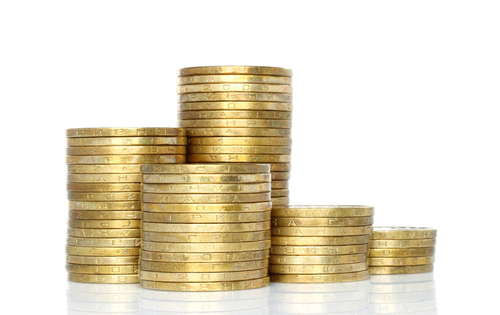 The Government says it is spending taxpayer dollars evenly around the country.

And it has produced figures to back it up.

The "first ever snapshot of central government spending by region" was released by Finance Minister Bill English and Economic Development Minister Steven Joyce.

The Regional Government Expenditure Report was jointly commissioned by Treasury and the Ministry of Business, Innovation and Employment and undertaken by NZIER.

The report to June 30, 2012 provides estimates of central government spending (operational and capital) in each of New Zealand’s 16 regions.

The estimates are based a direct expenditure approach and a measure based on services.

English said the development of all of New Zealand’s regions was "hugely important" to the Government and the national economy.

"This report shows the Government is investing in all our regions - helping to support families, business growth, jobs and higher incomes."

English said the report would be a useful tool to monitor changes over time alongside the Regional Economic Activity Report and Statistics New Zealand’s Regional GDP update, which have both been released in the last four months.

Cunliffe said National had finally realised it was being hit in the regions and "has released a bizarre report in a desperate attempt to cover up the damage it has caused".

Key findings in the report included:

Using the expenditure method, in the year to June 2012 the Government spent $78,020 million, 92 per cent of which was operating expenditure

Wellington had the highest per capita operating expenditure ($22,297) and capital expenditure per capita ($2,184) because it is the capital and headquarters of many of the government’s core functions such as policy advice that supports services across New Zealand

Canterbury’s per capita share of expenditure is above average due, in large part, to increased spending following the September 2010 and February 2011 earthquakes

Joyce said the report covered all Government expenditure, everything from building roads and hospitals, to social welfare payments, education and research and development.

"The results in the expenditure report show that regional expenditure broadly reflects the size of the population in each region.

"Small variations in Government spending across regions reflect their different demographics and characteristics. Regions with higher numbers of older people tend to have higher superannuation and health expenditure; areas with lower unemployment tend to have less social welfare spending.

"The Government remains committed to strengthening investment in all our regions helping them achieve their potential and boosting jobs and quality of life for all New Zealand families," Joyce said.

Cunliffe said "the regions" were struggling under National and had been "ignored for five long years".

"Labour is speaking up for the regions and putting our time and efforts into the provinces.

“National is running scared, it knows it is losing support. The Government’s report simply catalogues historical spending across all services, including welfare, education and health.

“This data is more than a year old and has nothing to do with regional development and investment."

Cunliffe said since 2008 incomes in Tasman, Nelson, Marlborough and West Coast had fallen by 3.3% and in Gisborne and Hawkes Bay by 2.6%.

In the last year house prices in Wanganui had fallen by 4.6% and in Southland by 6.6%.

Over 4600 people had left Waikato for Australia in the past year, along with 1800 from Northland.

"Steven Joyce and Bill English clearly don’t get it. They have lost touch with the regions.

"Today I have been with my entire caucus in Dunedin to hear the concerns of local people and businesses. It is clear people in the regions are furious with this Government."

Perhaps he is angry someone at National has been reading his mail.

Yet more from a vested interest.  Simple really, the effects of a change in Govn regulation is a risk....live with it.
regards

This seems a useful report to take the emotion out of relatively frequently held views that "the other regions are getting all the lolly". I had assumed that governments knew this stuff, but deliberately kept it hidden. Perhaps they didn't, and in any case good that it has come out now. You could probably challenge some of the methodology, but a quick scan suggests it uses reasonable logic.
As an Aucklander I am somewhat relieved that the report doesn't support what seems a common view that we JAFAs take all the government's resources. It's not a particular surprise to me, but may be to some, that we have the lowest social welfare cost per capita it seems.
Anyway, am not looking to totally balance things; that some regions get a little more due often to lower economies of scale presumably, am personally more than happy to live with.

It would be nice to know the tax income from each region too - it would be safe to assume that Auckland with less retirees and higher average incomes pays more tax per capita, so should expect more in return.

"so should expect more in return"
I don't think that has ever been the intention, quite the reverse in fact.
I wonder if the sell down of SOEs, mostly situated in provincial NZ, have been offset against, say, the huge roading programs for Auckland for the purposes of these reports? How many power stations are to be flogged off to pay for a KM of Auckland road tunnel?

KD,
I would actually prefer not to get overly regionalistic; but it does seem best to nip anti Auckland sentiment in the bud at least where the facts don't support such sentiment.
All regions no doubt paid for the power companies' infrastructure, and while I think their sale is a tragedy, the proceeds of any sale are clearly for the national purse. Most regions perform some benefit for the greater good- Auckland has plenty of such facilities (the fact they are here I suspect is a key cause of anti JAFA sentiment, but that is an aside)
Only one of the Roads of National significance is in Auckland. I suspect it's the one with the best business case in terms of total car/minutes saved per dollar spent.
Anyway, in my view spending should be based on compelling social or business cases, wherever the region. Despite all the talk of housing; transport remains Auckland's most compelling issue, and we will want a better excuse than "Auckland's getting too much already" to fob off a case for improvements. In the meantime I don't think we begrudge say Tiwai Point subsidies, roading elsewhere, subsidies for rural broadband, the Christchurch rebuild, or Wellington being the capital (much better there than here).
Just don't have too many South Canterbury Finances; and don't entrench welfare in small towns, would be my only regional watch outs.

Fair enough, Stephen. That was my point - taxes were never intended to be spent on who or where they were collected.
Untangling the "who paid what" is frought with difficulty in any case. Most of our company's head offices and entourage of high paid execs are in Auckland - but you can't claim that the taxes paid by a national ticket clipper like Contact are actually generated mostly from there.
A more realistic way to compare regions contribution to our national wealth would be in their effect on our current account. I'm sure that a region like Taranaki would be making a massive positive contribution, our cities generally (high debt and consumption and weak exports) not so much. It's this aspect that makes me wonder if an Auckland with a 30 year population doubling time will prove to be such a great idea.

That's absolutely not the case, that those who pay more in tax should expect more in return.  Pay more to get more is what happens in markets.  Taxation (ideally) takes more from people who have more and it either pays for things we all benefit from equally or gives to people who have greater needs.  So the closer a tax system comes to this ideal, the less it will be the case that what you get reflects what you put in.

Exactly - the Government should be spending money where it is needed. If Auckland is growing and needs more roads and other areas aren't and don't, then Auckland should get more roads. It would be stupid to spend the roading budget fairly accross the country.
Everyone south of Auckland are complaing that they are subsidising Auckland, yet it appears that apart from roading, Auckland is subsidising everywhere else. Aucklanders don't really care, it's not us that are complainging, but if the rest of the country seem to want Auckland to get its 'fair' share, then maybe the Government should start spending more in Auckland! Can't have it both ways!

Fine, but that's quite the opposite of what you said to start with.

Both of those are defensible definitions of "fair", but it's hard to see how you can hold both positions simultaneously.