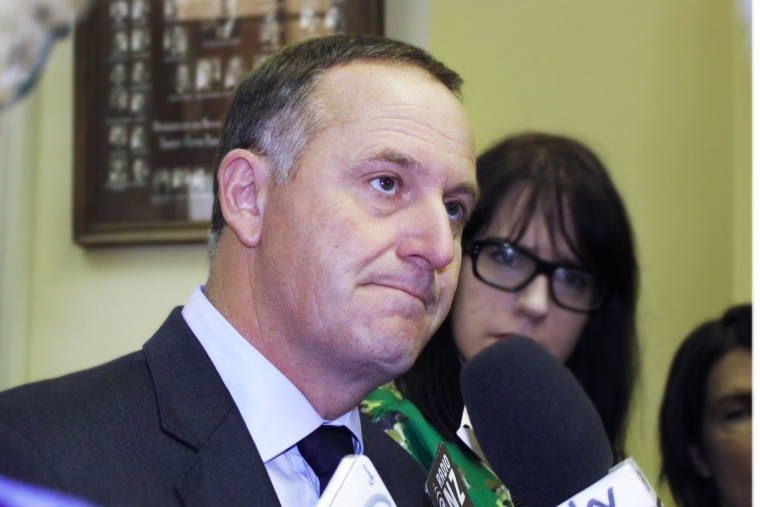 Meridian Energy has granted New Zealand Aluminium Smelters until August 3 to decide on the future of its power supply deal for the Tiwai Point aluminium smelter. The deadline for a decision on whether to stay open and who to buy electricity off if it did had been 5pm later today.

On the eve of the deadline, Prime Minister John Key reiterated that the Government would not top up the NZ$30 million grant it gave Rio Tinto two years ago to keep it open beyond 2017.

Rio Tinto's NZAS was scheduled to announce on Wednesday whether it closes the Bluff smelter on January 1, 2017, or decides to buy electricity at discounted prices from providers other than its current supplier Meridian Energy.

"Obviously I would be deeply concerned if they did close because the government did everything it possibly could to support the aluminium smelter basically to stay," Key told reporters in Parliament.

"We did that by putting cash in and I think myself that was the right thing to do, but the Minister of Finance has made it very clear to New Zealand Aluminium Smelters they won't be getting any more cash injections, so in the end it will either survive or fall," he said.

"But my strong preference is that is survives. It's a big exporter from New Zealand's point of view."

Around 3,500 jobs in Southland are at risk if the smelter closes, although most analysts expect Rio Tinto to keep it open given the potential for prices to recover, the NZ$500 million cost of rehabilitating the site and the potential for transmission costs to drop NZ$50 million a year if an Electricity Authority proposal for a new pricing methodology is accepted.

NZAS could also choose to notify Meridian Energy, which operates the Manapouri power station, that it would buy no more than 400 MW of power from it after 2017, and buy the balance of 172 MW in the current contract from other providers such as Genesis Energy, Contact Energy and Mighty River Power.

Share prices in the four power generators have slumped 15% to 20% in the last two months on fears that the some or all of the 572 MW used by Tiwai Pt, which represents 13% of New Zealand's power supply, could be dumped onto the market, suppressing wholesale prices and profits.

"It obviously uses a fair bit of electricity which would take a while, some of it, to redirect. It's a very large employer, both directly and indirectly, in Southland," Key said.

Asked if there was any way the Government could recover its NZ$30 million bailout if Tiwai Point closed, he said: "No. That was always seen as some money that was point in to encourage them to work through the process, to buy a bit more time and for what could happen to that surplus electricity if required."

"Let's just wait and see. It's very high quality aluminium and I still think there is a lot of good reasons why the owners would want to keep the smelter going - but there's no more cash from the government."

"NZAS has been in discussions with a number of parties, including Meridian, with respect to its electricity requirements at its Tiwai Point smelter. NZAS requires more time to fully analyse its options before making a decision,” said Meridian Chief Executive, Mark Binns.

“We think it is in all parties’ interests to ensure that a decision is based on the most complete information," Binns said.

“NZAS is one of the most operationally efficient smelters in the world, but pays one of the highest prices for power,” Stephens said, adding NZAS’ electricity costs, combined with high transmission costs, and historically depressed aluminium prices, continue to place significant pressure on the smelter.

NZAS currently paid as much as 10 times more for transmission than other smelters internationally, she said.

“We welcome the Electricity Authority’s recent paper outlining options for transmission pricing reform which acknowledges that NZAS pays more than NZ$50 million a year for transmission infrastructure it receives no benefit from,” Stephens said.

“We look forward to working with the Authority to achieve the right result for New Zealand; however, our immediate focus between now and 3 August 2015 is on securing our electricity arrangements.”

New Zealand First Leader Winston Peters has criticised the Electricity Authority proposal as a subsidy for big business which would be paid for by domestic power users in places such as the West Coast and Northland.

"Building corporate welfare, particularly for foreign-owned companies is a hallmark of this government," Peters said.

“The annual lines charge in this proposed base option per customer for West Power goes from $179 to $676, Top Energy goes from $155 to $421 and Northpower surging from $300 to $560. Even Auckland’s Vector will see their customer charges on average increase from $327 to $519.  That is not good for the poor, the elderly or working parents trying to make ends meet," Peters said.

“How on earth are regions likes Northland and the West Coast supposed to develop when the price increase is massively greater than inflation?"

Oh dear if rio Tinto close up shop either power prices will drop dramatically or the power industry will be shown up as the scam it is. Either way the NZ public win but some rich mates of jk may lose. but luckily jk bought them a few years to sell their interests.

Power prices wont drop. The electricity generators will simply reduce supply/shut down some assests claiming costs of operations. Bada-bing excess demand and the prices can continue to go up.

Meridian will need a return on its otherwise idle hydro so will try and sell power. So with your argument the least efficient / profitable other plant is shut down I dont see why that is a bad outcome even if prices dont fall much. "Go up" indeed well ppl voted National, enjoy.

Cheaper power may hasten the uptake of EV"s.

The green party and Len Brown do not want more roads built in Ak to reduce congestion. So they are effectively saying that they do not support electric cars...

No, straw man argument. a) Green party is looking at commuter rail as the future. b) EV's say 20 years from now will be about the only "car" still running but due to costs will be for the top few % of ppl only. Since most ppl wont be able to afford them the roads we have now are capable/big enough for such traffic. c) The Greens support EVs however they are in some ways just as delusional as the right in assuming BAU.

..I suspect we will soon see and UBer type app (modified for cost sharing not profit motive - Uber takes too much % for it to work yet). Come out of the office, send out the message - ride to X needed, leaving from Y. Joe Bloggs who's driving by pulls over and off you go - auto caculation made based on number of people in car, where to etc, deducted from bank. Easy way to fill a car, reduce congestion and costs. With technology this sort of thing can go ballistic in months, not year like road building. Who will need their own car then...1 in 3 or 4 maybe.

It would also increase NZ business competitiveness and relieve costs in marginal families.
Probably why National sold the power companies to competing interests.

Powering an EV is so cheap now, I doubt it. What is stopping an EVs introduction is a) battery life of about 10years, effectively 1/2 that of the life of an equivalent petrol car's engine. Replacing the battery at the 10 year mark looks to be about 1 to 2 times the value of the car at that age so looks pretty un-economic. b) New cost, currently an EV is x2 the price of a new car, unaffordable for many ppl. c) Unless or until we get a general acceptance that how far you can go on one charge is good enough and have charging stations all over the place.

What we will see if TP closes is a huge downward pressure on prices which is a good thing for businesses and households.

Right about EV, Steven. My three cars with original engines and drivetrains: 16, 28, and 35 years, still humming along.