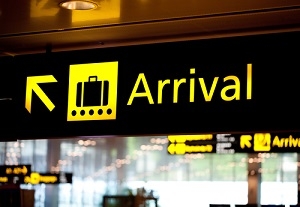 Population growth from migration hit a new all time high of 65,911 new permanent or long-term residents in the year to January, according to Statistics NZ.

January was the eighteenth straight month that population growth from migration has set a new record.

It was driven by 122,963 people coming to New Zealand on a permanent or long-term basis (more than 12 months) in the year to the end of January, which was up 10% from the previous 12 month period, less 57,052 permanent and long-term departures, which was down just 1% from a year earlier.

However the actual number moving to Auckland is likely to be substantially higher because another 21,098 new arrivals did not state where they intended to live and many of them are also likely to settle in the region.

The country had a net loss 4228 New Zealand citizens in the 12 months to January, with 34,810 leaving the country permanently or long-term, and 30,582 returning after a long-term absence.

Over the same period there was a net gain of 70,139 citizens of other countries.

The biggest source country for migrants was India, with a net gain of 12,991 from that country in the 12 months to January, followed by a net gain of 9124 from China, 5127 from the Philippines and 3680 from the UK.

Statistics NZ said migrants on work visas (38,200) made up 31% of total arrivals in the year to January and these people were mostly from the UK, France, Germany and Australia.

Many of the migrants who arrived on temporary student or work visas went on to gain permanent residency after spending time in New Zealand, Statistics NZ said.

Wow this just confirms now is the time to buy in Auckland after the 8.2% dip from October15 to January16. The market can only improve from here.

It's always a good time to buy in Auckland.

Especially after a fall of 8.2 per cent in three months which is 32 per cent if annualised. Luckily it is now turning around.

It does make one wonder how long the prices will stay down when there is another 51,831 people per year coming to live in Auckland.

It's a jagged line up, remember? But yes, it is a good time to buy. Look for two bedroom, brick and tile, standalone with a garage and own driveway in West Auckland. Once the NW motorway is done these properties will really appreciate. Migrants will want to buy them and convert them into three bedrooms and put a sleepout on the lawn.

Guess we'll see more Aucklanders heading this way (South) after either giving up, or selling up, all to make way for the latest intake of new New Zealanders.

lots on the way, i loved the article in the wanganui chronicle blaming jaffas for paying over the odds for houses, sure this is happening all over the country
http://www.nzherald.co.nz/wanganui-chronicle/news/article.cfm?c_id=1503…

This is a joke.
It's time to impeach the morons signing off on this policy.

Trouble is those affected - students, single parents, minorities, labourers, the young and the like can't be bothered to make it to the polling booth every 3 years. National are relying on this and that is why the status quo continues.
Compulsory voting is the answer to overcome the usual kiwi lethargy but I don't anticipate National getting too worked up about it.
It would be interesting to see the voting patterns of new migrants - I would think they would be largely be for National as National have set themselves up as the pro immigration party - http://www.kiwiblog.co.nz/2014/05/national_reaffirms_pro-immigration_st…

Compulsory voting is rather authoritarian for a democratic process.

http://theconversation.com/compulsory-voting-much-like-democracy-beats-…
"While, at first glance, Finn’s claims might ring true, many experts consider Australia’s electoral system to be one of the finest in the world. The majority of Australians apparently share this view: 70% approve of compulsory voting."

"For decades, compulsory voting has done what it was supposed to do: maintain high and socially even turnout levels that are the envy of the industrialised voluntary-voting world. Prior to its introduction at the federal level in 1924, turnout was hovering in the 50–60% range (of registered voters). Since then, it has remained steady for many decades at around 93%."

Yeah you are probably right - if Kiwis are too lazy to vote why should we make them? If those that don't vote then have an issue with the govt they should STFU.

I'm pretty sure studies show migrants tend to support the party that "let them in", couldn't cite you a specific source but I do recall something in the UK press about it

This must rank as one of the highest immigration rates in the world? I'm pretty sure it is significantly higher than UK, US, and Aust. To me it almost seems as though the government wants land prices to stay high and wages low. Its like there decisions are about what is best for the asset rich elites. Please JK, come over to my BBQ, have a beer and explain this policy to a genuinely confused hard working kiwi serf.

JK's driving motivation is to be PM and stay in power. To do that, he just needs to please the majority of the voters. The majority of the voters are baby-boomers who own properties (often multiple properties). While prices are going up, baby-boomers are very happy. Nationals policies of bringing more people into the country pushes property prices up even further. Baby-boomers are even happier (at a superficial level, such as wealth). They think they're getting really rich. They vote national. JK stays in power.

It will take some selflessness for the baby-boomers to do the right thing and act beyond their own desire for personal gain. But JK's got your number at the moment and knows your motivations. Come on baby-boomers, grow a moral backbone and do the right thing!! Our PM, Government or Auckland Council aren't going to!!

Immigrants tend to vote for right wing parties. John Key wants and needs these voters. Socialism is out and individualism is in.

are there statistics on this? Hard to believe because I'm an immigrant myself and most of my friends are also immigrants and I can assure you neither National party nor NZ First won't find any sympathy from us.
Labour and Greens seem to be clearly the preferred options.

But now that I think about it.. most of us are workers, renters, not home owners, and we don't have any important assets either. So what I see it's a clearer correlation between assets ownership and the choice to vote right wing parties rather than nationality of origin.

The overflow from Auckland seem to be going south bypassing Huntly and Ngaruawahia and ending up in Hamilton.Productive farmland north of Hamilton is under attack from developers.Te Awamutu is also opening up more land for housing.
With all this migration one sector of the economy that is booming is begging.You can't go to a supermarket in Hamilton now without somebody approaching you and asking for money because their car has broken down and they need to get to Raglan.
Hamilton is getting less desirable to live in every day that passes.Where to from here.

Greg how many students gain permanent residency and remain in New Zealand, you always add that the majority do , but do not supply your data source or are estimating only.

It would be so useful to see data on immigration in terms of visa type. Some skilled migrants and students may have access to capital but how much is it truly driving house prices . If this data was available to the public it could alleviate fears. All the immigrants I know are renting as they cannot afford Auckland property prices.

That data is released in the Stats NZ report, Table 12. It is freely available. Here is a summary we published yesterday:

The details are all here. Even more detail can be gleaned from the InfoShare service of StatsNZ. More data is released each month than you could ever want ... but you will have to follow the links to dig into it.

Migration out of Auckland rose 6 fold last year having been fairly consistent for the previous few years. What it means is Auckland is getting to price saturation point and so places outside Auckland are likely to see the greater growth going forward.

(a) NZ'ers by birth, or
(b) residents who have lived in the same property for 10 years or more

shut down work permit for student visas ...and problem solved.
But be ready to have some declines in export data as education is a powerful export industry that attracts foreign currency.

What is the attraction for a lot of these "students" - obtaining a 2hr a week diploma or the opportunity to also work 80 hours a week in the petrol stations of AKL earning a much higher income than possible back home then after "qualifying" with their amazing diploma being able to remain in NZ?
Its happening right in front of you people.

In my naivety I thought the idea of overseas study was to take the knowledge back to one's country of origin to enhance their wellbeing. Not stay and roger the host country's economic balance.

The 110,000 international students are given an additional years work visa, then can apply for PR. It is an effective immigration pathway. Less work for Immigration NZ, funds 25% of the universities - less cost for Govt - it's a win-win.

It's a shame the majority of these go to Auckland. Christchurch is crying out for more workers. Perhaps the government should incentivise people to settle in areas other than Auckland?