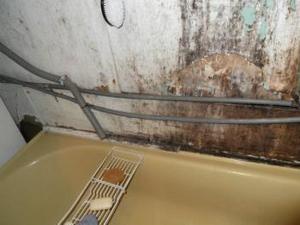 Statistics New Zealand says next year's census will, for the first time, ask people if they live in a damp or mouldy house.

Government Statistician Liz MacPherson says the new topic will contribute to a national picture of the state of homes around New Zealand.

“Census topics need to reflect the changing information needs of New Zealand, and be balanced with the ability to compare data over time. For the first time since 2001, I have decided to include new topics in the census, to help gather robust, independent information that can inform decision-making,” MacPherson says.

“Our consultation highlighted the importance of collecting information on aspects of housing quality that affect health, and that the highest priorities were information about mould, dampness, and access to basic amenities," she says.

The Census will take place on Tuesday, March 6 next year.

Gee, that's not a subjective question at all.

What about some more subjective leading questions first, like:
"Do you agree with govt policies which leads to NZers being locked out of buying a home for their family"?
Then "Are you renting by choice or do you wish to buy an affordable home which you can improve and control in your own country"
Then " what percentage of your net income do you spend on rent or mortgage?"
Then we can go into the mouldy homes question perhaps.

So much of this is an industry rort on Government coffers.
We have lived in many houses over the last 60 yrs, ranging from1920s high ceilings to 1970s group housing boxes. 1 had old ceiling insulation. All renting except 2
1st thing we did was seal cracks , external doors windows...next was to air the house out every day, espec if using gas heating. And regularly kept the house vaccuumed and dusted. The latter 2 being the main prevention of cold and mould...yes cold.. dry walls means house warms up fast..and holds it.

This is simply old school...1000s of yrs old school, basic home cleanliness,...
Same as below.
We see tenants bitching about mice/ rats.. most houses have them once in while, because old school basic home maintenance is prevention. Regularly lay taps poison (safely) espec coming up to colder months. In fact local councils used to supply poison (maybe traps) for free.

Yes there are one or 2 on the mix of mouldy damp homes that do actually leak behind old spouting, under widow sills, but the majority are simply owners and tenants ignorance of basic cleaning, dusting, and airing out their homes. tell them about it.. one gets a blank look, and if do understand dont do anything.
Soln.. maybe they should move back to grass huts, cheap soln to the issue.