ASB economists say the post-election Government will 'have the luxury of choice' when it comes to being able to spend; ANZ economists see 'a plentiful kitty for pork-barrel politics'

ASB economists say the post-election Government will 'have the luxury of choice' when it comes to being able to spend; ANZ economists see 'a plentiful kitty for pork-barrel politics' 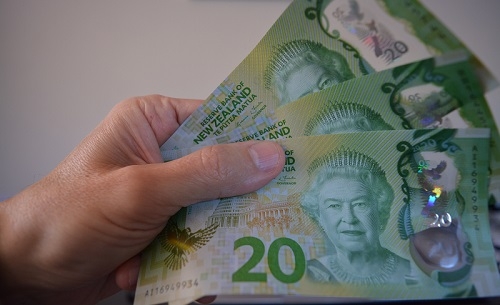 Whoever governs after the September 23 election will have the "luxury of choice" in terms of having money to spend, ASB economists say.

ASB economists in their Economic Weekly publication preview the NZ Treasury's Pre-Election Economic and Fiscal Update (PREFU) on Wednesday (23rd), and say that since the Budget 2017 release in May, the fiscal position has been favourable.

"Tax revenue has come in around $1.1bn higher than forecast for the year to May," they say.

"If this trend continues, we expect that the unfettered Treasury estimates are likely to show an operating surplus for the 2016/17 year in the vicinity of $2.8bn or 1.1% of GDP.

"Over subsequent years, we expect the forecast surplus could be as much as $2bn/year higher than those forecast in the May Budget."

The ASB economists say if their forecasts are broadly correct, "then the post-election government will have the luxury of choice, in contrast to the restraint needed after the Global Financial Crisis and Canterbury earthquakes triggered large deficits".

"Whether that choice comes in the form of tax cuts, boosts to welfare, more infrastructure spending or some combination of the above remains to be seen. So watch for the size of the forecast surpluses; the bigger they are the more choices you are going to be presented with as the final month of the election campaign roars into life."

ANZ economists, in their weekly Market Focus publication say that the PREFU will show a broadly similar economic and fiscal picture to that outlined in the May Budget; "in other words, a plentiful kitty for pork-barrel politics."

"Promises of a little more fiscal spending are on the table, and the election lolly-scramble is well underway. The Budget showed an expansionary fiscal stance in 2018/19 but slightly contractionary on average over the four years to 2020/21, to the tune of -0.2% of GDP per year. It seems inevitable that the fiscal stance will not be that contractionary going by the election promises, which are coming thick and fast," the ANZ economist say.

They say while they suspect the overall economic projections (outside of some tweaks) will look broadly similar to those outlined in the May Budget, the starting point for the fiscal position should look a little better.

"In the financial statements for the 11 months to May, tax revenue was running $1.1bn ahead of Budget forecasts, with the Treasury believing that only a modest portion of this (perhaps $250m) reflects timing issues around provisional corporate tax payments. It means that the majority of the upwards surprise is ‘real’.

"In addition, core expenses were $350m below forecast, which also looks ‘real’. It suggests that the underlying operating balance (OBEGAL) is likely to be shown to be in surplus in the 2016/17 fiscal year by perhaps close to $3bn, which is over $1bn ahead of forecast."

The ANZ economists say the temptation could be to feed that positive starting point through into the remaining projection years. "But we suspect the Treasury will temper that to a degree. While the fiscal numbers have surprised the Treasury on the upside, economic figures have been a little softer. Growth and inflation have both undershot its expectations and that could lower its views modestly on nominal GDP growth going forward, at the margin at least.

"In other words, we doubt the projections will sway too far from showing OBEGAL surpluses of 2.2% of GDP by the end of the projection period. In addition, while the Government’s cash position is also a little better than expected, we are not expecting any changes in the bond tender programme."

The ANZ economists say their our own views on the growth outlook are not as rosy as the Treasury’s.

"That is not to say we are pessimistic; we’re expecting growth to accelerate from the sluggish pace over late-2016/early-2017. It is just that we think there are limits to how fast the economy can grow at a time when capacity and capital constraints are already evident. In May, the Treasury projected GDP growth of 3.5% and 3.8% in the years to June 2018 and 2019 respectively. That looks a stretch to us. Nevertheless, we suspect that broad positive message will still be contained within the PREFU numbers."

This tells us the government has been taxing us too much and hoarding it for a lolly scramble during election year. I see all parties throwing money at specific groups while middle NZ(people that work long hours and pay taxes) are squeezed, no one seems to care about that group. I hope Labour consider the tax bracket shift National has proposed, that should have been done ages ago and encourages people to try harder.

TOP cares, in fairness. They want to drop your income taxes significantly (and rebalance onto land / capital) - making that 80% middle NZ better off.