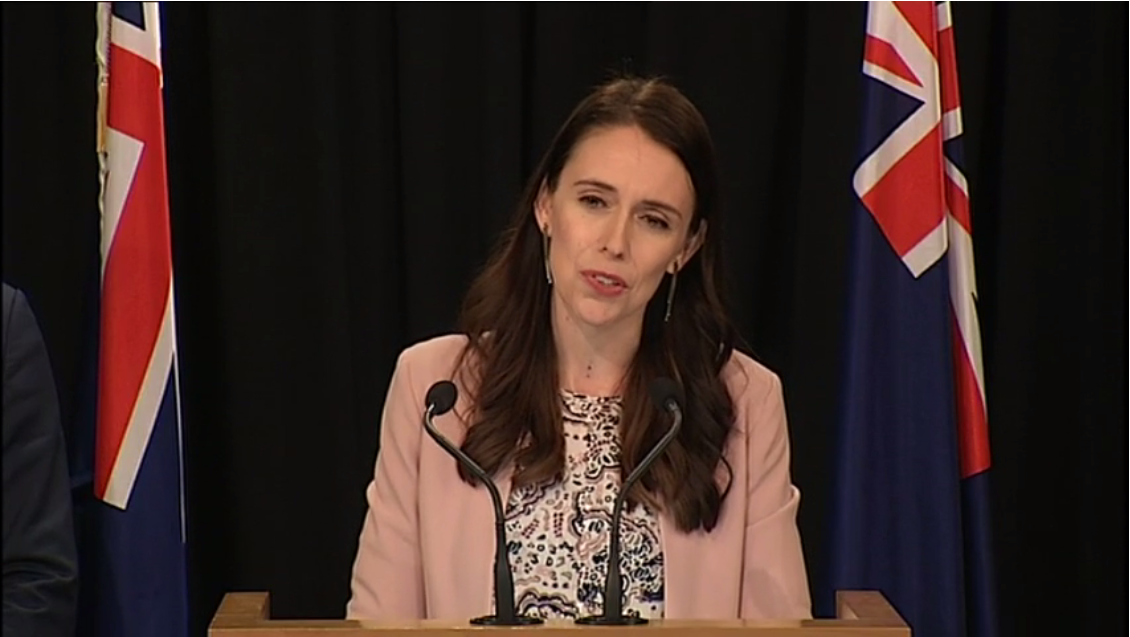 The Government has announced paid parental leave will be extended by two months from mid-2020.

The average in the OECD is 48 weeks.

Speaking at a post-Cabinet press conference, Prime Minister Jacinda Ardern says a bill to make the change will be introduced to parliament on Wednesday.

She notes former Labour MP Sue Moroney’s Parental Leave and Employment Protection (6 Months' Paid Leave) Amendment Bill was last year supported by a majority in the House, but was vetoed by the National-led government.

“This is a key part of our Families Package and one all three parties of government have been proud to support because it’s the right thing to do.

“We want children to have the best start in life. Evidence shows having a parent at home as long as possible to care for a child provides a huge benefit for that child’s development.

“Some 28,000 parents currently enjoy 18 weeks of paid parental leave, but that’s one of the lowest in the OECD. We know that many primary care givers want to spend longer with their babies. We can do better and we will.

“The increased support for working families has a net cost of $325 million over the four year forecast period, which is what we budgeted for and fits within our fiscal plan.”

While the cost of paid parental leave is borne by the government, Ardern recognises increasing its duration may present some challenges to businesses - small ones in particular.

“But I hope that by setting out the timeline that we have, they’ll be able to plan for that.

Furthermore, Ardern says the impact of finding someone to fill in for a staff member on leave for 14 weeks for example is the same as finding a fill-in for 26 weeks.

“Today, we are proudly delivering on another key pledge in our 100 Day Plan. We promised we would be a government of action and that means we’re moving quickly to make changes so we can improve the well-being of New Zealanders.”

Nothing but good news here.

Please can someone tell me where the growth is coming from to pay for the governments spending?
Trees, that’s right, although I thought they took a fair while to grow?

They are going to tax Landlords more heavily.

You mean the by-proxy tax on renters?

This assumes the landlords are not already "taxing" at the max rate they can get, I dont accept that argument.

I don't accept that either. Also, Corelogic does not accept that argument. See here: http://www.corelogic.co.nz/news-research/item/we-finally-have-a-new-gove...

Talking about whether landlords will be able to pass on higher costs from the Healthier Homes Bill, the article says: "I think it’s worth asking whether it’s likely that the costs will be passed onto tenants and I don’t believe they will. Previous increases in the cost to landlords haven’t necessarily been passed on. This makes sense because rents are more closely linked to income than they are with rental costs. Landlords will have to shoulder the cost, so when some take that into account, their numbers may not stack up for particular investment properties."

Could you please tell me where the growth was coming from to pay for ever increasing house and rental prices, while the government subsidised the cause of the original issue?

THE GROWTH is going to come from giving more people, more money for doing nothing more or even doing less. At least this is limited to women who are employed which cuts out some of the monkey brains.

Where has growth come from previously? And governing is about looking after all members of society and not just chasing a gdp number.

They can’t tax us anymore than they are now!
We pay full tax on every cent of profit so how are they going to load it anymore!
Talk is cheap so it is going to be very interesting when the proverbial hits the fan.

When you get more money into lower income earners hands, the money cycles through the economy more times, resulting in a greater tax take.

Compared to trickle down economics, where money gets spent overseas or trapped in investments, never to cycle through our economy again.

325 million would house a lot of homeless people.

This is great news. Having a parent at home is very important and enabling poorer families to do this is beneficial for our society. The cost is low so it's a no-brainer in my view. Personally I hoped they would bring in a higher tax band like Australia and UK. But NZ is in a good fiscal position so why not loosen the purse strings and help out the ones that need it.

these policies are good for countries with massive employers, and the ability to absorb cost. NZ is a country of small businesses. Either we change structurally, or something's got to give. The next couple of years are going to be very interesting to watch from the sideline.

businesses too small to be good for society have no reason to exist then.

bit rough ian64. approximately 50% of the workforce are employed by enterprises of less than 49 people.