Rodney MP Mark Mitchell pitches for Opposition leadership based on his 'National Party' values of 'strong families, personal responsibility, fiscal responsibility, looking after our vulnerable and our environment'

Rodney MP Mark Mitchell pitches for Opposition leadership based on his 'National Party' values of 'strong families, personal responsibility, fiscal responsibility, looking after our vulnerable and our environment' 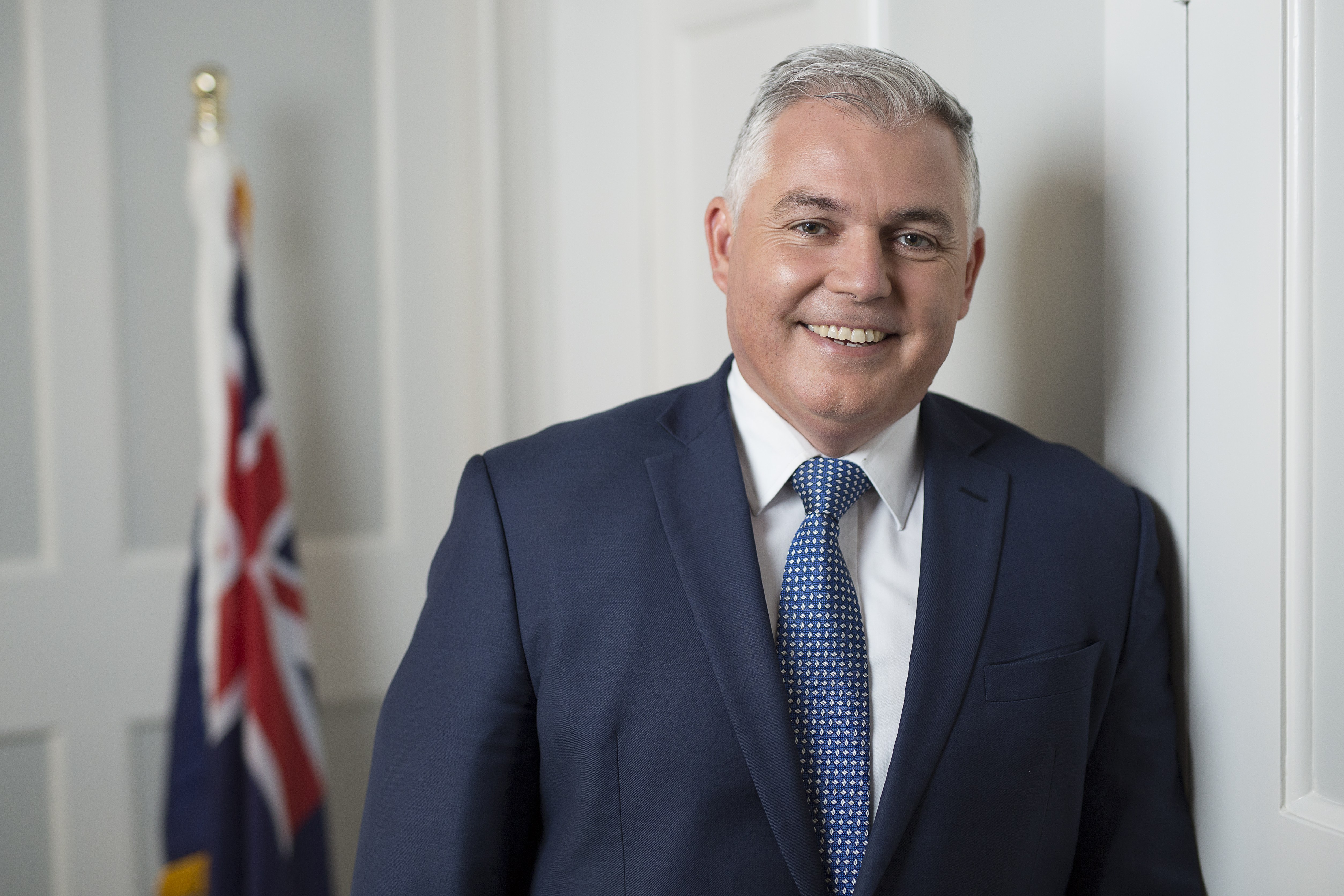 His office has just sent out this media release:

Mr Mitchell is a former police officer and businessman, building a successful global security and logistics company in the Middle East. He was first elected to Parliament in 2011 and served as Defence Minister in the previous National Government. He lives in Orewa with his wife Peggy and is a proud dad of five children.

“I’m running for Leader because I believe strongly in what National stands for and I’ve got what it takes to win,” Mr Mitchell says.

“National’s values – strong families, personal responsibility, fiscal responsibility, looking after our vulnerable and our environment - are my values. They guide my decisions and are the foundation of the policies I’d campaign for as leader.

“But as we see too often in politics, talk is cheap, and words and values aren’t enough by themselves.

“For us to win the next election we need a leader who can take action, and who can make the most of our team’s incredible talents to get the best results for all New Zealanders. I am that person.

“This isn’t about personal ambition or who can be the toughest or the nicest. This is a serious decision for our caucus about who we want to see as the next Prime Minister.

“Governing New Zealand is not, and never should be, an experiment. Jacinda Ardern’s vision lacks any substance. She has no clear plan for this country and her government is making it up as it goes along. This simply isn’t good enough.

“Our country has prospered over the last few years, but ongoing success isn’t something you can ever take for granted.

“I’m looking forward to talking with my caucus colleagues over the next ten days about my plan for National and New Zealand, and how we can beat this shambolic Labour-led government in 2020.”

Born on the North Shore, Mark spent his early years living on Whenuapai Air Force Base where his father was a Flight Lieutenant. He later attended Rosmini College in Auckland and worked in the farming sector after leaving school.

In 1989, Mark joined the New Zealand Police, and was a member of the Dog Section and Armed Offender’s Squad. During his time in the Dog Section, Mark and his dog Czar were stabbed during an armed encounter in Rotorua. Czar made a full recovery, but Mark never regained the full use of his right arm.

After leaving the police, Mark relocated overseas and launched an international business career, including the start-up of his own company specialising in hostage rescue, supply chain security, and risk management. Working closely with the World Economic Forum, he helped establish logistic emergency response teams that provided humanitarian support in countries hit by natural disasters, such as the Philippines, Pakistan, and Haiti.  He was also a member of the executive management team of several global companies, including one of the biggest logistics companies in the world.

Mark enjoys the kiwi lifestyle and spending time with his family in their hometown of Orewa.

Irresponsible. Five kids is too many, if not as bad as BE.

Collins' future deputy? He'll sell his support to the highest bidder. I want to see their Secret Coalition menopause of understanding!

Twelve months ago nobody would have predicted that National are now wallowing around right where Labour was for the previous nine years or so. As Yogi Berra said it’s déjà vu all over again. National will now roll out their own equivalent of Goff,Shearer & Little to be axed as/when the polls dictate. Only hope for them in reality, is that Labour’s coalition gets the shakes sooner than later.

You've hit the nail on the head. It's got that look about it that's for sure. Remove the popular front man (read Key) and it's the beginning of the end. Several years of the leadership revolving door lies ahead.

geeze.. anyone else is wanting to have a go? This indicates either:
1. National party has such good membership - everyone is as good as each other and deserved to have a go at leadership. or
2. A bunch of muppets - one muppet is as bad as another muppet

As a long term right of centre voter , I'd say that Mark Mitchell is the person that the Gnats ought to have leading them into the 2020 election ... far and away , he is the best candidate for the role of Head Gnat ... this guy got stabbed in the line of duty as a policeman .... delve a little into his history , and you'll uncover a remarkable story ... a man who's a real leader ... and a staunch upholder of wholesome family values ... unlike the Jolly Kid ... this guys is more than just a shiny smiley façade , MM is the real deal ...

I'm waiting for Steven Joyce to put his hand up. He was, after all, campaign manager for four very successful runs - so his qualifications as a strategist are right up there. Mind, he blotted his copy book with the $11 billion dollar hole stunt. It somehow seems odd in this day and age for a National Party leader to have come from a public service background as per MM. That said, it's shaping up to be an interesting popularity contest in the caucus.

Stephen Joyce on Radio NZ this morning confirmed that virtually all Public Service Dept Heads in Wellington have been told there is no money for any new spending and probably nothing to maintain current levels plus inflation. I strongly suspect that Taxinda has spent all the National Govts legacy surplus plus some so Stephens $11 Billion shortfall my prove much less than whatever the real figure turns out to be even with Labour and MSM super spin.

Stephen Joyce on Radio NZ this morning confirmed that virtually all Public Service Dept Heads in Wellington have been told there is no money for any new spending and probably nothing to maintain current levels plus inflation.

So...Labour have adopted National's model, then?
A bit ironic of Joyce to criticise them for that...

..I thought you were more perseptive gbh.

MM is standing this time so he can win next time, strikes me as very clever,
he knows the next leader will only be watching the polls go backwards as the opposition gets to show they have no new ideas and same old front bench.
when the time is right he can swoop in refresh the front bench and be the opposite to jacinda and launch new policy.

If his political career can be rehabilitated from his childish post-election Facebook post that will be achievement enough. It's hard to imagine some of history's true statesmen having such a meltdown.

Rodney MP Mark Mitchell pitches for Opposition leadership based on his 'National Party' values of 'strong families, personal responsibility, fiscal responsibility, looking after our vulnerable and our environment'.
Where have we read these values before. Heh from every other politican

Thanks for that & yes, that’s exactly the bell that rings. Hopefully somebody will muffle the clapper before there are too many changers!

and zero interest in looking after the environment is a hallmark of National will continue.