The new National Party leader is not expecting any more of his MPs to quit before the new Caucus line up is announced within the next week, but says more will likely go 'over time'

The new National Party leader is not expecting any more of his MPs to quit before the new Caucus line up is announced within the next week, but says more will likely go 'over time' 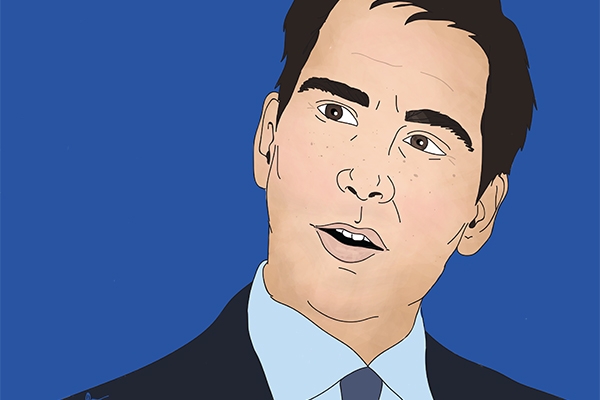 National’s leader Simon Bridges is not expecting any further resignations before he unveils his upcoming Caucus reshuffle but says there are likely to be more National MPs walking “over time.”

He says the reshuffle will be announced “within the next few days… certainly before the end of next week.”

Speaking to media in Tauranga, he again emphasised the new line-up will be a mix of experience and fresh talent but stressed it won’t be “radical by any stretch.”

“It will be an exciting line up that will capture New Zealand’s interests.”

On Wednesday morning, Amy Adams was given the shadow finance portfolio. Bridges says she was his first choice for the role and her bid for the leadership had nothing to do with her being awarded the job.

She takes over from Steven Joyce, who on Tuesday said he was retiring as a National Party MP.

Although he is not expecting any more resignations before the new line-up is revealed, he is not ruling anything out beyond that.

“I think over time, over the course of this Parliament, you will see other retirements from the National caucus.

“But I wouldn’t expect a whole lot of them.”

Aside from Adams, Bridges would not say who else would be getting a promotion, or which MPs would be sliding down the ranks.

“It will be a case of a few up a bit, a few not quite where they were, but I don’t think that will be the emphasis.”

Despite refusing to name any up-and-coming National MPs today – as, he says, that would leave some in the Caucus feeling left out – he name-checked Todd Muller, Sarah Dowie and Stuart Smith earlier in the week.

On Steven Joyce’s retirement, Bridges says his decision to give Adams the finance shadow portfolio had nothing to do with Joyce’s decision to retire.

“I had a number of really good conversations with Steven about this, and my position is I did have finance for Amy, but I knew he was someone that would do an incredibly strong job in a bunch of other areas and he could effectively have a choice of portfolios in other areas.”

Joyce said yesterday that the issues of who would get the shadow finance portfolio “didn’t come up” in his conversations with Bridges.

The ex Right Honourable Brownlee perchance. You see with a new government the Canterbury EQ fiasco is now able to be scrutinised. People in the know are starting to talk and it would seem that is because they are no longer afraid of the repercussions of doing so. For instance the open slather no responsibility contract awarded to Fletchers. And now the surreptitious surveillance recorded by Southern Response on certain claimants. If there was in fact a concerted drive by the last National Government to minimise costs by having EQC/Fletchers & SR deny claimants their lawful entitlements in order to accomplish that idealistic surplus and more, then who would have been more in the know than Key,English,Joyce and last but not least Brownlee. And who now is left. Conspiracy theorists, of course you may leave the room.

Saw No housing crisis either.

Saw no bridges up north either. Only bridges he would see is when he looks in the mirror. From the look of it, he does quite a bit of that though.

Brownlee will NOT enjoy heat coming on over Southern Response spy scandal which is receiving its democratic sunlight. He'll be gone - one Government wonders!

gee nick smith must have some naughty photos of him as well. he needs to be pushed out or demoted to the far far back bench