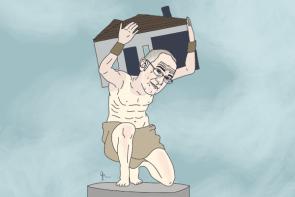 New Zealand’s golden triangle has scored big with the Government’s Housing Infrastructure Fund (HIF), with the Bay of Plenty and Waikato regions securing half of the $1 billion pot.

The Government on Wednesday announced it will provide $200 million of loans to fund infrastructure projects in Tauranga and Waikato.

Almost $40 million will be provided to the Waikato District Council to expand the area’s water supply reservoirs and reticulation, and a new wastewater treatment plant, pipeline and treated water disposal.

The Tauranga and Waikato councils were the second and third councils to secure funding from the HIF, following Hamilton City Council getting close to $300 million from the same pot last year.

The money comes in the form of a 10-year interest-free loan.

The $1 billion HIF was the brainchild of the former National Government, which unveiled the project in 2016.

As many councils across the country are up to their debt limits, investing in key infrastructure to provide housing has been difficult.

Housing and Urban Development Minister Phil Twyford says the loan to Tauranga City Council will provide water and wastewater capacity for an additional 35,000 houses, which could be either infill or greenfield developments.

In Waikato, Twyford says the funding will enable the building of 2,790 houses in an area in desperate need of more housing.

He says while there has been a big focus on the housing crisis in Auckland, there are also issues that need addressing in high growth areas like Tauranga and Waikato.

“There are signs that Auckland’s housing issues are moving south. According to QV data, average house prices in the Waikato District have increased to $483,179 – up 8.8% over the past year.”

Twyford says the $1 billion HIF will enable at least 28,000 new dwellings in high growth areas to be built over the next 10 years.

It is understood further HIF announcements are expected within the next few weeks.

The thing about Auckland is that it has so much existing transportation infrastructure under-utilised that it really doesn't require anymore funding.

Auckland Council makes suburban development take place so much further away than the more conventionally compact cities of Tauranga or Hamilton. The cost to benefit ratio on new infrastructure investment is poor in Auckland.

1) Central government needs to legislate to require local government to provide and budget for essential services ("needs") first, and require "wants" to be put to the ratepayers on a one by one basis at annual plan time to determine ratepayer support for them

3) Local government needs to put up its rates.

4) Central government needs a population strategy to reduce immigration to a sustainable level. This will reduce the infrastructure load on local government & also help with NZ's emissions targets given they are total emissions levels and not per capita.

The Amberfield housing development in Hamilton looks promising on paper. It is about time this country shifts its focus away from Auckland. Hamilton is growing so fast it will be NZ's third city within the next decade.