The Minister of Housing says there is no limit to what Government entities, such as NZTA, can borrow – none of this extra borrowing shows up on the Government’s core Crown debt ledger

The Minister of Housing says there is no limit to what Government entities, such as NZTA, can borrow – none of this extra borrowing shows up on the Government’s core Crown debt ledger 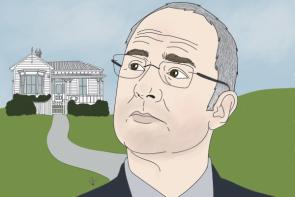 Minister of Housing Phil Twyford says the Government has no plans to impose a limit for Crown entity borrowing as there is no “logical reason” for one to be in place.

National’s Finance Spokeswoman Amy Adams says this is Twyford pulling the rug out from under Finance Minister Grant Robertson as it “flies in the face” of the Budget Responsibility Rules.

This is spread across Government agencies such as NZ Transport Agency and Housing NZ and through more debt taken on in the form of Public Private Partnership projects.

But this is not included in the Government’s main borrowing figures as it is “outside the definition of net core Crown debt,” according to the Treasury.

This means Crown entity debt does not fall within the scope of the Government’s Budget Responsibility Rules of getting net core Crown debt to 20% of GDP by 2022.

Asked on Friday if the Government had a limit for the amount Crown entities could borrow, Twyford said there does not need to be a limit.

“There is no policy or logical reason as to why there needs to be a limit,” he says.

“We need finance for new infrastructure that doesn’t rely on politicians and bureaucrats writing cheques but allows the market to respond to demand and that’s what we’re talking about.”

But Adams says this is a “myopic way of looking at the core balance sheet debt.”

“If what Twyford is saying is right, he is effectively pulling the rug out from under Robertson’s statement about Budget responsibility and saying, he doesn’t care how much is borrowed.”

She says this “obviously flies in the face” of everything Robertson has said for many months in terms of keeping net core Crown debt down.

“Robertson has made a big song and dance about giving himself this self-imposed cap. If he has been seeking to avoid that by putting it in other parts of the balance sheet, that’s a very tricky way of approaching his own self-imposed rules.”

with interest rates dropping sounds ok, but eventually you need to pay it back,
is this history starting to repeat itself " think Big"

A move towards MMT-speak? He better be careful. This will scare the bejesus out of the common man and the opposition will be all over it like a rash.

There is no plan.

How can it be outside the definition of borrowing if it is a crown entity doing the borrowing?
Definition of whether it is a government borrowing should be who is the ultimate owner of the entity doing the borrowing?
If it is the government then it is government borrowing, playing with words and definitions reflects a modus operandi that is best undertaken in the shadows as opposed in full sunlight.
Better to openly say that the budget responsibility rules need to be breached for the following reasons than to do introduce a blurring of the facts and have this appear in a few years time as a smelly mess.
Did we not learn anything from the SOE fiasco created by Solid Energy. Admittedly not a Crown Entity but as in this case, but is there really any difference?

How can it be outside the definition of borrowing if it is a crown entity doing the borrowing?

Irrelevant. If an entity represents a "public good", the government can lend however much it wants.

So borrowing is now irrelevant if its a public good.
Given that NZ runs a deficit i.e. we borrow more than we earn, therefore any funds in excess of those already allocated have to be borrowed. These funds need to be borrowed from somewhere.
If irrelevant why did the new government campaign on not increasing the public debt? They thought it was relevant and now Phil T wants to keep the borrowings off the goverments books.
Sounds like the household who has one partner borrowing to gamble without telling the other partner, since the other party isn't aware of it its not counted when they sit down to prepare their financial position. I think it should be on the books.

If the crown include the entities net income in their books, which they do, then they should include their debts as well. Another step backwards. By George, this lot know how to handle things alright. Three years could be two too many.

Tell that to the mislead people who elected them - rotten Noobs and activists twisting even the books to look pretty !!!!

PT can say whatever he likes but it is the overseas rating agencies, the financiers and the funds managers who will have the actual say. So squirreling the debt away from the National Accounts is not gonna fool all of the investors, all the time....

PT obviously thinks that voters are stupid. His comment: “We need finance for new infrastructure that doesn’t rely on politicians and bureaucrats writing cheques but allows the market to respond to demand and that’s what we’re talking about” - this beggars belief. Since when is the "market" going to pay for all the infrastructure? That'll be taxpayers and he can fudge it whichever way he likes. The "market" will only fund infrastructure if there is a degree of ownership and an acceptable return on capital. This flies in the face of what the govt will accept, so pretending otherwise is just a joke.

Would you like to give an exampe internationally of infrastrcuture that has been funded purely by "market demand"? Singaporean public housing? The Japan JR rail network?

No reason... perhaps that Housing NZ and NZTA are borrowing at rates above what Core Crown debt is being issued. That's the real crime here... not only are they fiddling the borrowing to get it under Core Crown limits but it is actually costing taxpayers.

What should happen is the Crown borrows and then lends to NZTA and Housing NZ at the same rate... but of course, that doesn't meet the objectives of Grant 'Cook the Books' Robertson. Its the sort of stuff that would have Winnie hopping made when in opposition... guess he is muzzled now.

lol, the CoLs supporters are hiding away today ....Even die - hard supporters would find this one a bit too big to swallow and justify without looking like idiots ...lol !

Yes I know, and they are being done as we speak ...... the irony is that with or without these noobs in power, the houses built now were planned and started building as the CoL took over and claimed some of them as KB ...being those in Northcote, Papakura and Manuka .

My point is the 23000 state and community houses planned are going to be built in the next 10 years anyway .. long after these noobs are brushed away in 2020

But , as you know, only losers like to claim credits attributed to others so to cover their own shortcomings .... and that precisely is what pissing many honest NZers off !

Good one PT and Col same old tricks debt is debt and bullshit is bullshit the general public might be a bit slow but they are not stupid and another diversion from Arden freezing MP's salaries hoping the masses don't see what's really going on.....

Right on the button. Twatford and Jackshinda are going to take us all down the slippery slope; hopefully the general public will boot them out at the next election.

Fiscal responsibility is a hard road to travel. Why do people with no experience of capital allocation decisions think it is easy?

Phil Twyford is someone who will sacrifice a whole nation's future to please his ow ego for a very short time. A dangerous man, regardless of his political leaning or views. He does not see any problem to borrow with no limits (and no plans for how the burrowing will be repaid) as long as he can say that he has has constructed his houses. One can say the same about Winston Peters.

Those sort of qualities gave the last chap a knighthood.

Sure, my comment on PT does not mean a cheer for John Key. It is sad that when it comes to politicians and parties I can only think about who is worse than the other (often concluding that they are equally bad) and almost never who is better that the other. Is it not?

PT is dangerous. Then again maybe has found a money tree in the form of various government agencies. Still I would put money on the fact that somebody has to pay it back at some stage.

Clever idea. Load up the SOE's with debt. It's not like dumb kiwis pay attention to their Kiwisaver returns anyway.