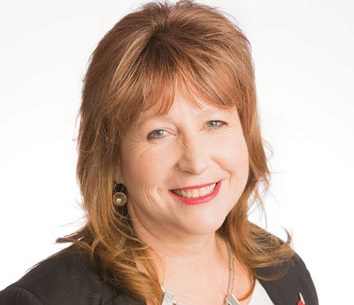 Prime Minister Jacinda Ardern has booted Clare Curran out of Cabinet for yet again failing to declare a meeting.

In her capacity as Minister of Government Digital Services, Curran in February met with Derek Handley - a subsequent applicant for the Government’s Chief Technology Officer position.

The meeting wasn’t diarised, nor were Curran's staff made aware of it. She says this is because she set up the meeting directly with Handley.

It was then mistakenly left out of an answer to a recent Parliamentary Question for Written Answer and not corrected. Curran says she "simply forgot" about the meeting when the answer was sent out.

Ardern says the omission has left the Minister “open to the accusation that she deliberately sought to hide the meeting”.

Curran in December secretly met with Carol Hirschfeld, who resigned from her senior position at Radio New Zealand after it came out she mislead the organisation’s boss about the meeting.

Curran has resigned from her Government Digital Services and Open Government portfolios.

Megan Woods will take over the former position, while Curran’s “Open Government” responsibilities will revert to Minister for State Services Chris Hipkins.

Curran will retain her responsibilities as Minister for Broadcasting, Communications and Digital Media, and as Associate Minister for ACC.

"I take full responsibility for not following proper process," she says.

"I have let myself and the Prime Minister down."

Ardern says Curran will no longer be involved in the CTO appointment process, which is in its final stages. Rather Hipkins will take over.

“I want to express my sincere apologies to Mr Handley who has been brought into this issue through no fault of his own," Ardern says.

"He is a qualified and capable candidate who has made it through to the final stages of the appointment process based on his talent, experience.

"The issue is entirely about the Minister’s conduct, not Mr Handley’s.”

Here is a screen shot from a private Twitter conversation between Curran and Handley that shows how the meeting situation came about:

Here is a link to a copy of the rest of the communications Curran had with Handley.

I told her to her face, some time ago, that she was a wasted space. I meant it in an 'appropriate to where we have to go' manner - but clearly she doesn't have what it takes. What the heck - her electorate will be underwater in 100 years.....

Naive? That would be kind. Green, ditto. Hubris, certainly. Low calibre, think so.Shouldn’t have been there in the first place, shouldn’t be there now. Cannot quite recall who she (or more corectly the trade union movement) tipped out to get her there in the first place but don’t think even the Alliance bought a worse identity into parliament than this one.

She's still getting the same exorbitant salary with less work now... snout still well in the trough... Cindy trying to sound tough but another one of those slaps with a wet bus ticket... I guess it's hard having no leadership experience never having to fire anyone for gross incompetence

Flatmates from way back as well.

She is an incompetent and hopeless case who was never of Ministerial calibre , let alone Cabinet material .

Labour have a few of them , they ( Labour ) are scraping the barrel when it comes to decent quality candidates for Ministerial portfolios .

They are mostly a bunch of rabble rousing trade-unionists , and career politicians , and they dont have any succession plan for new blood, so we see the same old faces over and over again

For example that Mallard is about as useful as his duck namesake , and should have been culled in duck season 20 years ago

But all front benches get thin soon - 'clean coal' Brownlee, he of the 'X years supply left, now let's grow' nonsense - comes to mind. Merv Wellington wanted schools in every flag-pole, even in wartime they don't go very deep.

Where Labour are ahead, is that they are re-defining our direction, and they're closer to the track than the Nats - who were diverging from it. The proviso is that the current Greens have gone socialist, leaving a hole where we need to go. Whoever seizes the initiative and grabs the hole, probably controls via the casting vote. Inevitable now.

Curran's diary would be a good application for blockchain. No more lost entries.

but yet she keeps two other portfolios including ACC

The headlines state "sacked" and "resigned".
But I think there should be some better words used in place of these because in most companies, sacked means sacked. Kaput. Goner. Alas, for these political cases its just a temporary reallocation of duties. AKA go stand in the corner for a while.
The last thing Ardern would want would be a bi-election.

Pit a Bi-election would show what 46% already Knew.

Hasn't Handley,the guy she met with has been involved with some rather poor performing companies on the NZX.