Serious Fraud Office receives complaint made to Police in October about the disclosure of political donations; Simon Bridges says it's a matter for the National Party to deal with

Serious Fraud Office receives complaint made to Police in October about the disclosure of political donations; Simon Bridges says it's a matter for the National Party to deal with 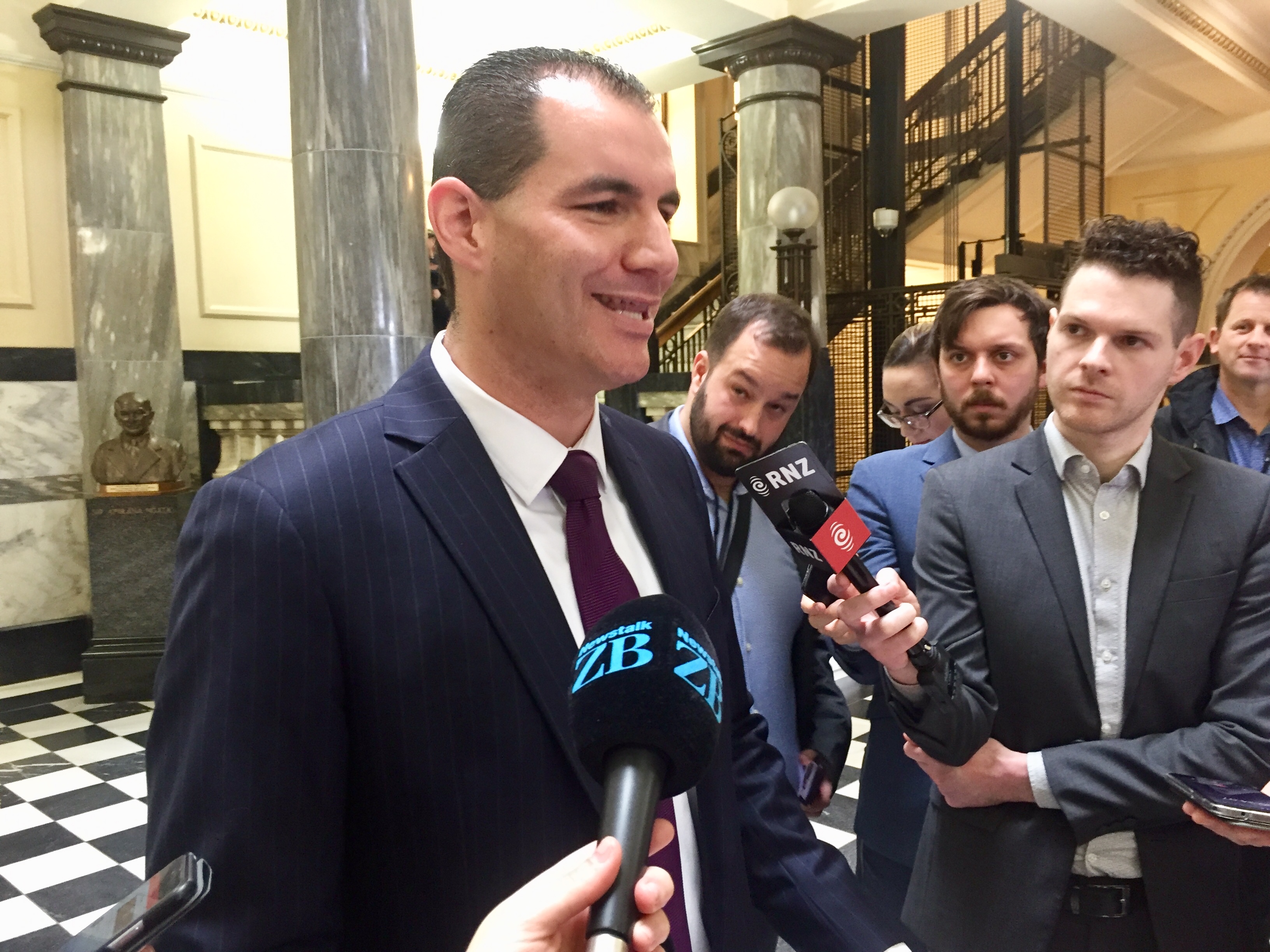 Police have referred a complaint about the disclosure of political donations to the Serious Fraud Office (SFO).

The complaint was received in October last year. It is understood the complaint relates to the one former National Party MP Jami-Lee Ross laid against his then-leader, Simon Bridges.

Ross accused Bridges of asking him to collect a $100,000 donation from businessman, Yikun Zhang, and then split it up into smaller amounts to hide it.

Speaking to media about 15 minutes after he said he found out about the complaint being referred to the SFO, Bridges said the matter was one for the National Party to deal with, not him as an individual.

He said he reached this conclusion based on statements released by the SFO and Police, and hadn’t had any contact with the authorities.

Pressed on why he believed it was a National Party matter when the allegations centred on him, Bridges said: “I just don’t know. I don’t understand that to be the case. My clear view from the statement that they put out is that it’s a matter for the National Party.”

Bridges said he had “broadly speaking” sought assurances that party officials followed the correct processes and hadn’t done anything wrong.

Neither the SFO nor the Police have named the parties involved in the case.

Ross continues to represent his Botany electorate as an independent MP.

Here is the statement from the SFO:

The Serious Fraud Office has received a referral from the Police about a complaint they received in October last year in relation to the disclosure of political donations under the Electoral Act.

The SFO does not disclose the detail of ongoing investigations to protect the integrity of the investigation and those involved. The SFO has no further comment to make.

“There must be something wrong with our bloody ships today.” Thus quoth Vice Admiral Beatty at Jutland. Would too, nicely cover our political parties today. HMS New Zealand was there too, our gift as a nation.

Must be some polling going on at the moment.

This whole furore to me is nothing more than only child syndrome at its worst.

JLR is so obsessed with the battles that he has well and truly lost the war, and we are still 18 months away from the election.

I hope he has a plan B, as he is virtually unemployable in this country now.

Quite happy for him to keep throwing punches, if he lands a single blow and publicly exposes some dodgy behaviour in National (or any other party) thats good for the country IMO.

Funny, looks a lot like a personal vendetta underwritten by taxpayers from here.

I reckon Jian Yang would agree that's exactly what it is, that and nothing else to see at all.

It is, but so what? Like i said, if he exposes some corrupt political deals its good for the country. Sometimes even a-holes do good things (intentional or not).

He'll keep trousering his MP salary till next election, then I guess go to Australia and maybe change his name, find some unsuspecting suckers and keep on screwing people over. But in meantime try to take down everyone who he feels has slighted him.

He keeps throwing punches but a quick look would indicate that he may have received more than a few back and his dodgy behaviour is now well and truly exposed.

yep, but he's goneburger anyways.. so who cares. Its annoying that he's still collecting a taxpayer funded salary etc, but not much we can do about it till the next election. And if there was a way to get him out before the next election he'd just be replaced with someone just as useless most likely anyway.

Great news. I hope that the scope is wide enough to include similar overseas influence on the Labour Party. I have no confidence that they are any different to National, because they totally refused to comment or repudiate National's behaviour in the issues raised by Ross and they have gone out of their way to ignore the threatening behaviour from China toward Anne Marie Brady. Was it not a Chinese Labour MP who tried to block her being heard at the select committee.

Perhaps one day we'll get to the point where political parties are fully publicly funded. There's plenty of details to hash out for sure, but it's a no-brainer as far as I'm concerned if we want to reduce the potential for corruption.

mfd
NZ First seem to be already heading down the publicly funded campaigning track spending heaps of the PGF (with lots of trumpeting) in Northland.

I would also limit all lobbying to written correspondence that is then made public. For those matters relating to individuals of a personal and private nature, their name should be recorded and the body of their correspondence held private but overseen by an independent judicial figure, who ensures the privacy of the issue is appropriate.

@mfd. Nooooooo. Why does every little problem have to be solved by throwing taxpayer money at it. Our money.

MFD Politicians already have the snouts in the taxpayers trough far enough no further please.

Labour are definitely in bed with China. See Phil Goff and his oriental dinner party. They also have MP Raymond Huo on board.

Today's news... well it turns out Lianne Dalziel's husband is the lawyer for that Chinese water bottling company (Cloud Ocean) and her husbands son is a councilor. Of course Dalziel's husband denies any wrong doing but it all smells of corruption.

These people are traitors and should be shown the nearest lamp post.

Yep, the rot is across the political spectrum. Same in Australia.

Natioanl Squeaky clean? The same national party that is being asked questions by the serious fraud office?

Was watching newshub breakfast show and is so sad that everyone was worried about China being upset with government and no one was interested in the details. China lobby out in full force to protect and promote their interest and surprisingly government instead of putting governments perspective were in defensive mode as if China' interest is more important the NZ.

Not to be upset.

Why do you think donations are giving to political parties specially from foreigners.

After John- I cant even remember my own son how could I remember a helicopter ride to a massive donors massive house - Banks I very much doubt there will be any consequences.

So back to my pet gripe
Why do we let a non-citizen have a vote.
Those who have been permanent residents but have been too lazy to take citizenship do not deserve to take part in the government of our country.
I personally know of at least one person who arrived as a child in 1952 who still will make no move to be one of us.

We all know of New Zealand citizens who do not consider themselves one of us!!!!

No, Simon, this is a matter for an independent investigative agency to deal with. If National dealt with it that would be corrupt, and they'd only feck it up anyway and end up being dragged for yet another botched cover-up. Didn't they learn anything from the Todd Barclay affair?

Well if you look at the replacement of that particular MP, you would have to say it doesn’t look much like it!