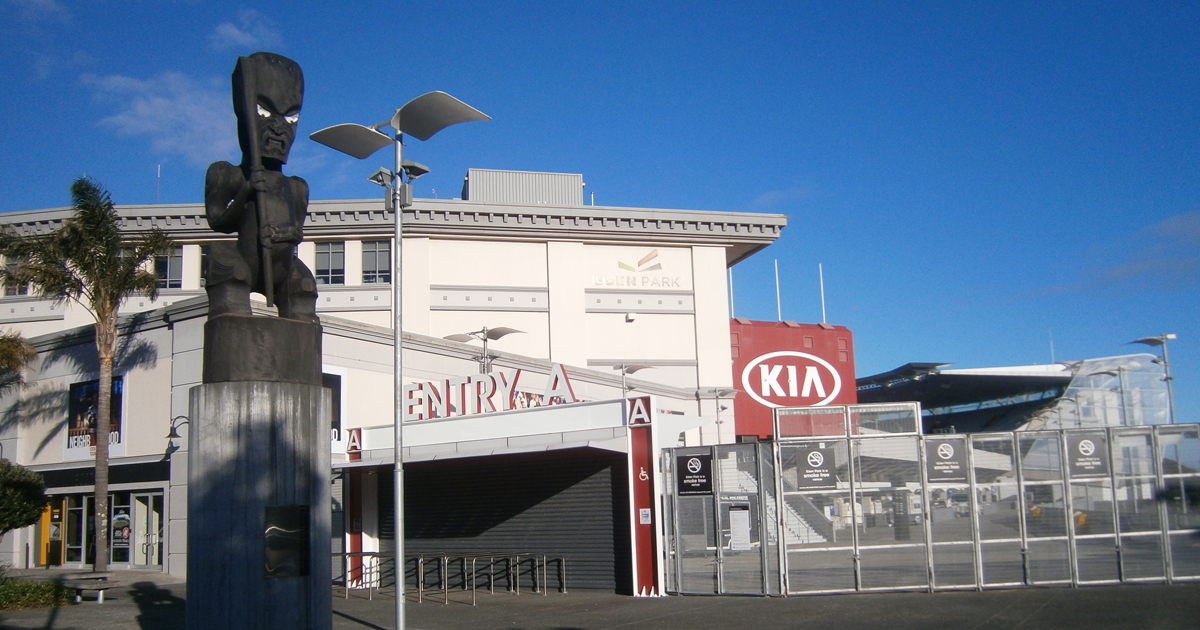 A historic decision by the former Auckland City Council to act as a guarantor on a $40 million loan to the Eden Park Trust is causing problems for super city mayor Phil Goff.

The now defunct Auckland City Council entered into the agreement in 2010 under former Mayor John Banks in the lead up to the 2011 World Cup.

But despite the latest financial fiasco Auckland Council has no ownership rights or control over the stadium, which is owned and operated by the Eden Park Trust.

According to Goff in an interview on Newshub's AM Show, the ASB loan comes up for renewal in September this year and the Eden Park Trust can’t repay it. And the council has refused to extend its guarantee beyond September 30 this year.

“Auckland City, the predecessor to Auckland Council today, put that guarantee in place and we’re bound by it. It’s totally binding,” Goff says. “We’ll have to take over that loan and other loans they have with us but that will be at commercial rates. In other words we will recover the cost of our borrowing to advance the money to them plus any costs of administration.”

And while Goff has refused to divulge exactly how much money is involved on top of the guaranteed loan, he concedes it’s probably more than the $50 million quoted in media reports and does include an additional debt of $6.5 million owed to the Auckland Council by the Eden Park Trust.

He says he’s keen to ensure that the loan, and any other money that they are seeking, will be guaranteed against the future sale of the land.

“If the trust board decides to sell Eden Park in eight years’ time the Auckland ratepayers should get back every dollar they’ve put into it.”

The stadium has been trying to host more events to boost its revenue and under the Auckland Council’s Unitary Plan the stadium is allowed to have up to six concerts a year. But challenges against such events by local residents has been a stumbling block according to the trusts' 2018 annual report. The Eden Park Trust will have to apply to the Environment Court to get approval for more events to help improve its situation.

According to the Eden Park website, most of the costs involved in redeveloping the stadium for the 2011 Rugby World Cup were funded out of a $190 million grant from the government. But the now defunct Auckland Regional Council and the region’s seven city and district councils were expected to contribute a further $50 million towards the works.

However, aside from $10 million from the Auckland Regional Council, the other local authorities refused to pay and the Auckland Council was forced to act as a guarantor on the remaining $40 million dollar construction contract to ensure the works were completed.

The loan has a fixed repayment date of September 30, 2019. But according to the Eden Park Trust’s 2018 Annual Report last year the Auckland Council refused to continue as guarantor after that date.

“The Trust has engaged in ongoing discussions with the ASB Bank as lender and Auckland Council as guarantor regarding the future of the $40,000,000 facility. Auckland Council has advised the ASB Bank that they do not intend to extend their guarantee beyond the current expiry date of the facility, 30 September 2019. Accordingly the Bank could exercise their rights under the guarantee if required, upon the termination of the facility.

“The Trust expects that either the guarantee will be reinstated and the facility will be renewed, at the Bank’s discretion, or Auckland Council will acquire the loan from the Bank by assignment upon expiry, if not before.

“Therefore there is a material uncertainty surrounding the refinancing and repayment of this $40,000,000 loan due 30 September 2019. If refinancing was not secured by the maturity date and the ASB Bank Limited did not seek to recover or could not recover the loan from the guarantee provided by the Auckland Council, the Trust’s ability to continue as a going concern may be in doubt."

According to the Eden Park website, over the next 10 years the stadium will need to spend at least $65 million on capital repairs and maintenance:

“After depreciation, Eden Park could incur a $79.4 million cumulative book loss over the next 10 years. The stadium operates at a small cash surplus before depreciation."

It says the latest debt problems aren’t a bail-out and describes them as a legacy debt burden.

Auckland councillors will vote next week on whether to take over the $40 million dollar Eden Park Trust loan from ASB, and offer additional financial support.

Fine. While we're at it, let's work out the ROI on the Aotea Precinct and every local hall and see how they're performing once you account for forgone potential development. Whats good for the goose etc.

what about remura golf course maybe we could sell that and fix up all the stadiums
selling land at Remuera Golf Course, which has a market value of $734 million, has to be an option "at the very least".