National's Judith Collins refuses to rule out leadership bid, while leader Simon Bridges refuses to say he trusts her, as party's caucus meets for first time since the Easter break

National's Judith Collins refuses to rule out leadership bid, while leader Simon Bridges refuses to say he trusts her, as party's caucus meets for first time since the Easter break 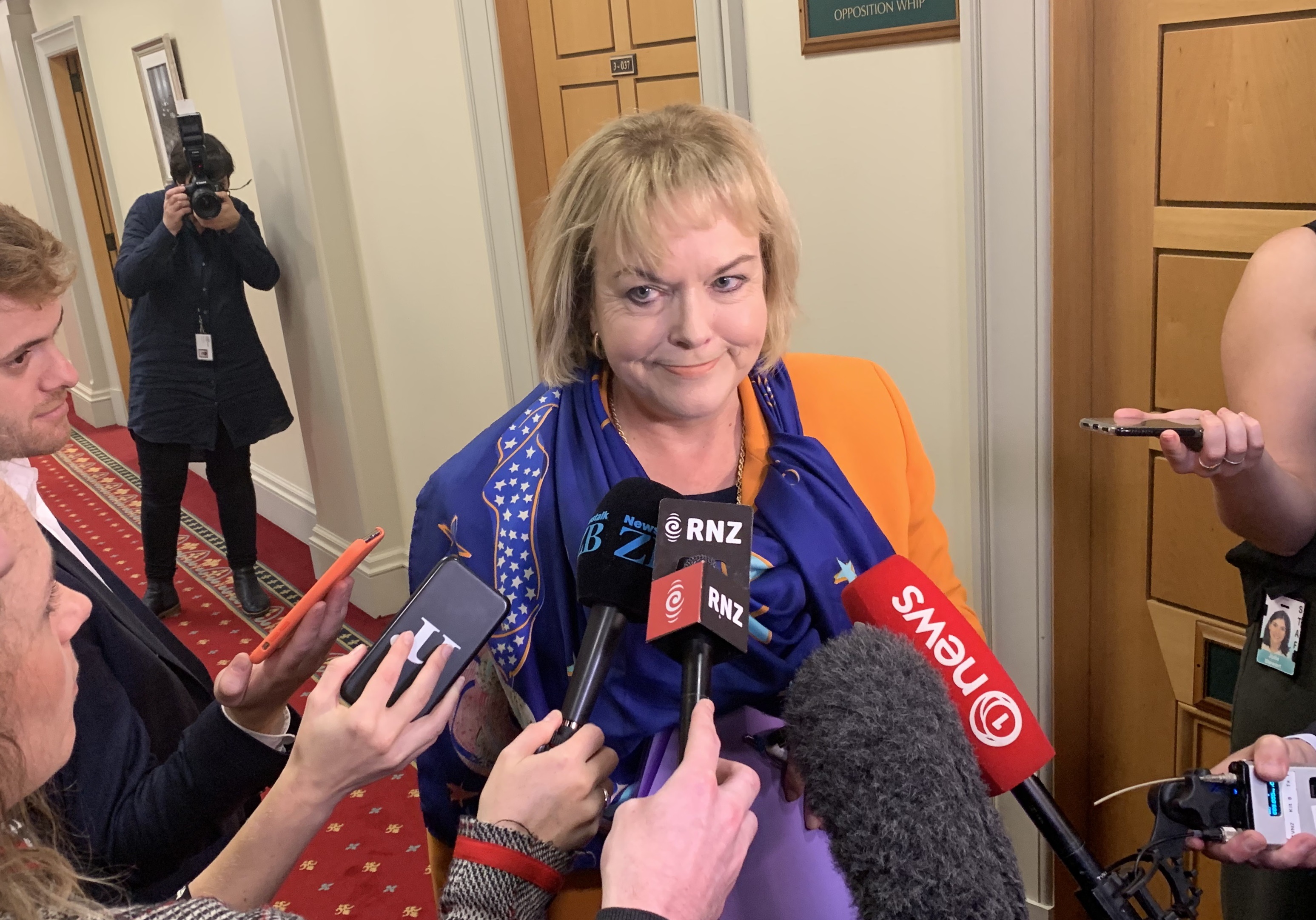 There’s no love lost between Simon Bridges and Judith Collins as they attend the National Party’s first caucus meeting since the Easter break and murmurings of a leadership coup started emerging through the media.

Collins is refusing to rule out a leadership bid or explicitly say she’s loyal to Bridges as leader. Meanwhile Bridges won’t say he trusts Collins.

Whether the rift will end in Collins being disciplined or making an imminent attempt to overthrow Bridges, is unclear.

Bridges told media on his way to caucus: “I always talk about three things – holding the government to account, developing our plans and what we do there, and the need for discipline and unity. Today’s no different…

“This is another caucus on another Tuesday.”

Asked repeatedly whether he trusted Collins, Bridges refrained: “I trust my colleagues, but I’m not going to get into these semantic, silly games in the media.”

Collins, when earlier in the morning challenged on whether she was loyal to Bridges, only went so far as to say: "I am loyal to the National Party."

Speaking to media again on her way to caucus, she said: “He can trust me. I’m a very loyal member of the caucus.”

Collins wouldn’t voice her support for the way Bridges had handled contentious issues as leader.

She distanced herself from an attack he launched on Sunday against the Government for spending over a million dollars on 193 slushy machines for Corrections staff.

“I think Corrections staff do a tremendously good job and I don’t know about these slushies. I didn’t even know what one was. I had to look it up on the internet…

“I think it’s pretty clear there’s an awful lot of money spent on them, so there’s nothing wrong with asking those questions.”

Asked whether she was behind Bridges’ public relations on the slushies (IE a media release and media interviews), Collins said: “I haven’t seen that PR sorry.”

Asked what she made of the way he dealt with the “emotional junior staffer” he said took down anti UN migration compact material on National’s website after the Christchurch terror attacks, and National’s culture review, she said: “It’s not for me to comment. That’s a matter for him to comment on.

“I think these are very difficult issues… He’s got that job and obviously he’s in the role, so clearly I do support him.”

Collins said she wasn’t afraid of getting in trouble at caucus as issues around "discipline and unity" were to be discussed.

“Me? Worried? No, I don’t think so… Nothing much worries me.”

Crusher has too much baggage to appeal to thinking swing voters and will never capture the social media flake segment of the population who actually decide what government we get. But it would be fun to watch her duke out out with a PM who shows a marked disinclination to engage on issues that require in depth knowledge as opposed to skill at regurgitating PR spin and expressing feel good emoting.

The way it is sitting at the moment, and unless there is a catastrophic implosion within the present government, National have only a dim and slim chance of regaining power next election. That is mainly because they do not have a viable coalition partner and they are trending down in the polls. Just remember, even when Key was at his popular peak National could not succeed on its own. There is no need for JC to do like a Mike Moore and head and lead National into an election they are doomed to lose. It’s not entirely Bridges fault, whoever took it on was likely to fail, most predecessors in this position have. Likely JC was savvy enough to realise that, and if so, she may as well remain so.

BTW I watched the Vice documentary on the changing of NZ gun laws last week and Crusher was featured prominently. She was very good and Simon was nowhere to be seen. It made me think that'd shed be a pretty dangerous opponent for Jacinda and I'm a Labour supporter :)

She would be a perpetual joke after her "glass of milk" with Oravida on her official trip to China and subsequent sidelining by John Key, and any environmental party (such as the one Vernon Tava would love to establish) teamed up with the Nats with her as leader would be a joke right alongside her after her involvement with the swamp kauri industry which destroyed wetland after wetland. When questioned about that, her answer was that she did not care, they were swamps and she didn't like swamps.
Anyone supporting her would really have to ask themselves exactly why they were doing it, because I doubt very much that it would be for the country. She is self serving and all p..s and wind, as far as I am concerned, and I think much of the National caucus think the same about her.

I agree, she's self serving and unlikeable.

The fact that she talks nonsense isn't really an impediment either. For the same reason.

I see her as Trump-like as well. I am, at the moment, believing kiwis have more sense than to go down that route.

Surely Judith's ethical failures will make her a no-go for many NZers who still value ...values.

You never know with National supporters

Rest easy PA. Just remind yourself National supporters solely are not sufficient to achieve government. It is ironic though, quite odd in fact, how MMP has evolved to now be precluding National, who some like to call the natural government, from governing. It should by rights have gone the other way, but ACT, NZF, United Future, The Maori Party, are either defunct or on the other side.Seems they are not easy to live with, even next door. Now why is that? My suggestion is that the complacency, conceit and carelessness that percolated out particularly in their last term is actually long and deep seated, ingrained and remote from us the ordinary folk, who at the end of the day, have the numbers on election day. And eventually, the hue of all of that starts to noticeably stain the washing on the line. last time they got more votes than any other party, but actually the reality is there were more numbers that didn’t vote for them. So rest easy, it’s going to take them a long time to sort out the crew, find the right course, regardless as to whoever the captain on the bridge may be.

But hey, he said he'll make America great again, and that was enough...

Sorry - I completely misunderstood the articles intention. I thought the heading was another TUI advert.

Between the recent pro-China articles, and overtly biased political articles, I'm wondering whether this website should be changing their tagline. Instead of "helping you make financial decisions", maybe it should instead be "molding your political opinions".

Let me know when there some actual news instead of rumour mongering with intentionally misinterpreted quotes. I would like to see journalism return myself...

When the tiger has her paw on the neck of the goat, and smiles ...

I am just pleased not to be a Nat. supporter and be faced with a choice between these two.

I really thought that some form of CGT would be adopted and without that albatross round their necks,then despite Kiwibuild,I now think the Coalition will win the next election. NZ First and the Greens have nowhere else to go.