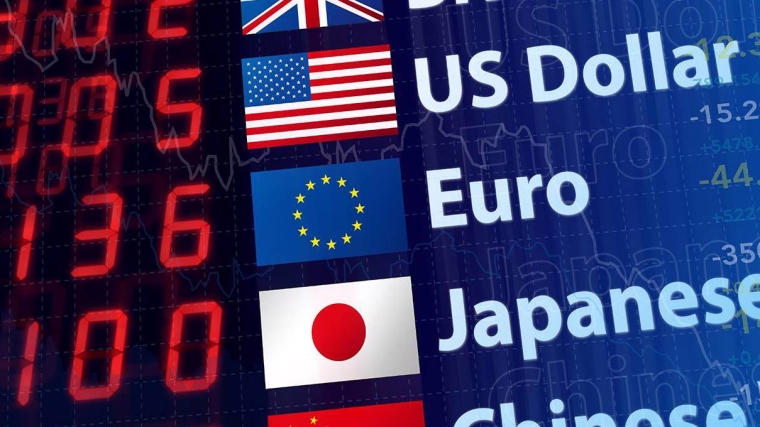 As the COVID-19 pandemic drives the global economy into recession, the temptation to pursue aggressive monetary easing is growing. Already, the US Federal Reserve has pushed interest rates near zero and committed to pump trillions of dollars into the economy. The European Central Bank has also ramped up bond purchases, though Germany’s constitutional court is mounting some resistance. Like the easing that followed the 2008 financial crisis, such policies will reverberate worldwide via exchange-rate fluctuations.

On their own, major economic shocks, such as natural disasters or disease outbreaks, tend to drive up the value of the affected countries’ currencies. When the Kobe earthquake struck Japan in 1995, the yen appreciated against the US dollar, albeit not immediately. The 2011 Great Northeast Earthquake had a stronger effect, driving the yen to an historical high of ¥76 to the dollar.

What explains this post-disaster boost to a currency’s value? Exchange rates reflect relative demand for currencies in the world market. And demand depends partly on supply: if there are far more dollar assets than yen assets on the world market, the scarcer yen will gain value. Rising demand for the yen will compound this effect.

Disasters often undermine trading activities – a development that can lead to currency depreciation. But that effect tends to be offset by the increase in precautionary demand for money, which, together with falling consumption, constrains supply. After all, in times of uncertainty, people want to hold more cash. In a country like Japan or the United States, where there is little risk of runaway inflation, they will typically stock up on the local currency.

This pattern has been borne out during the COVID-19 crisis. The outbreak hit Japan before it began to ravage the US. In early March, when the US still had only a few confirmed cases, the yen-dollar exchange rate appreciated, reaching ¥103.

By March 20, however, US infections were proliferating, spurring many, including my wife and me, to withdraw emergency cash from the bank. The desire for a safety net amid rising uncertainty, together with limitations on movement, began to weaken consumption. Meanwhile, Japan had its own outbreak relatively under control. So, not surprisingly, the dollar began to appreciate, reaching ¥112.

As we witnessed in the wake of the 2008 financial crisis, however, monetary policy can reshape exchange-rate dynamics. When the US mortgage market was upended, the Fed purchased huge amounts of mortgage-backed securities and US Treasuries to increase liquidity and keep the debt market functioning. As dollars flooded global markets, the relative value of other currencies soared.

Now, the Fed is again pumping dollars into world markets – an approach that has already caused the dollar to fall back to pre-pandemic levels of around ¥107-108. The dollar has fallen further vis-à-vis the euro, not least because, as it stands, markets expect more monetary expansion from the Fed than from the ECB.

With the Fed having signaled its willingness to increase the supply of dollars further, this trend is likely to continue – with serious implications for the Japanese and European economies. After all, exchange rates play a major role in export competitiveness. After the 2008 crisis, the export-cost disadvantage created by a soaring yen left Japan worse off than some countries directly affected by the financial tumult, beginning with the US itself.

This leaves countries with only one real option: to increase the supply of their own currency as well. As Bank of Japan Governor Haruhiko Kuroda demonstrated when he implemented expansionary policies – part of the broader economic-recovery program, dubbed “Abenomics,” that was introduced in 2012 – increasing the money supply can make a difference, even against a background of negative interest rates.

Today, governments are generally focused either on “flattening the curve” of their first wave of COVID-19 infections or, increasingly, on avoiding a second wave of infections as they ease social-distancing protocols and allow economic activity to resume. At the same time, many are implementing programs and policies to support households and businesses, in the hope of mitigating the economic fallout of lockdowns and social distancing.

But, with the US apparently intent on flooding global markets with dollars, even economies that have so far managed the crisis effectively may have little choice but to pursue their own monetary easing. Japan is at the top of that list.

Koichi Hamada, Professor Emeritus of Economics at Yale, is a special adviser to Japan’s prime minister. This content is © Project Syndicate, 2020, and is here with permission.

Lets not take on external debt to do it this time. We have enough profits (last count $20 billion) going offshore already. This all due to ex politicians (some now working for the benefactors) kicking the can down the road, selling all our core monopoly and infrastructure assets to their offshore investor mates.

The latest local and overseas bankster raid was the Port of Napier, which will only see more profit head offshore. Havent checked their shares lately, but the timing of Covid wouldn't have helped their investment. More luck than wisdom here. Perhaps the Regional Council should now buy the share they sold back for half price.

Anyway, the point is overseas investment is suppose to deliver more jobs locally, and the sale of these monopoly infrastructure assets delivers the opposite.

Time for people to wake up to the ex politicians and banksters that have been selling our future down the road.

Sigh...The thing is, GS, when you spend more than you earn, you have to use other people’s money to do it, and they want a return on it. Hence profits head offshore. You can’t have it both ways..Argentina tries to every decade though. The cure to “profits going offshore” is people saving to invest, usually by spending less, and carrying on doing it. Then you diversify by country a bit, then other countries’ profits head offshore to us. It’s not rocket science.

The problem is Dave why would people save when banks give them nothing for it? And indeed the banks own behaviour puts the economy at risk in its own right without COVID. COVID just brings the doomsday clock forward. Instead the banks are trying to encourage people to take on more debt, and this will be so they can vacuum up all the money that the RBNZ is helping the Government create, and call it profits. And the banks actions seem to be aimed at discouraging saving.

"the increase in precautionary demand for money, which, together with falling consumption, constrains supply. After all, in times of uncertainty, people want to hold more cash.....where there is little risk of runaway inflation, they will typically stock up on the local currency."

The Prof raises some valid points. It was frustrating slogging away here in NZ with interest rates that were very high compared to those my compatriots in the UK and USA were able to access at the same time. It really showed how poorly the supposed smart money guys in the government of the day (Key etal) were running things, really for the benefit of overseas asset collectors who used QE sourced funds to buy up a lot of prime public and private assets. The current coalition seem a little more advanced in their thinking...would be good if they avoid anymore overpriced PPP's going forward...Transmission Gully ain't looking too flash!