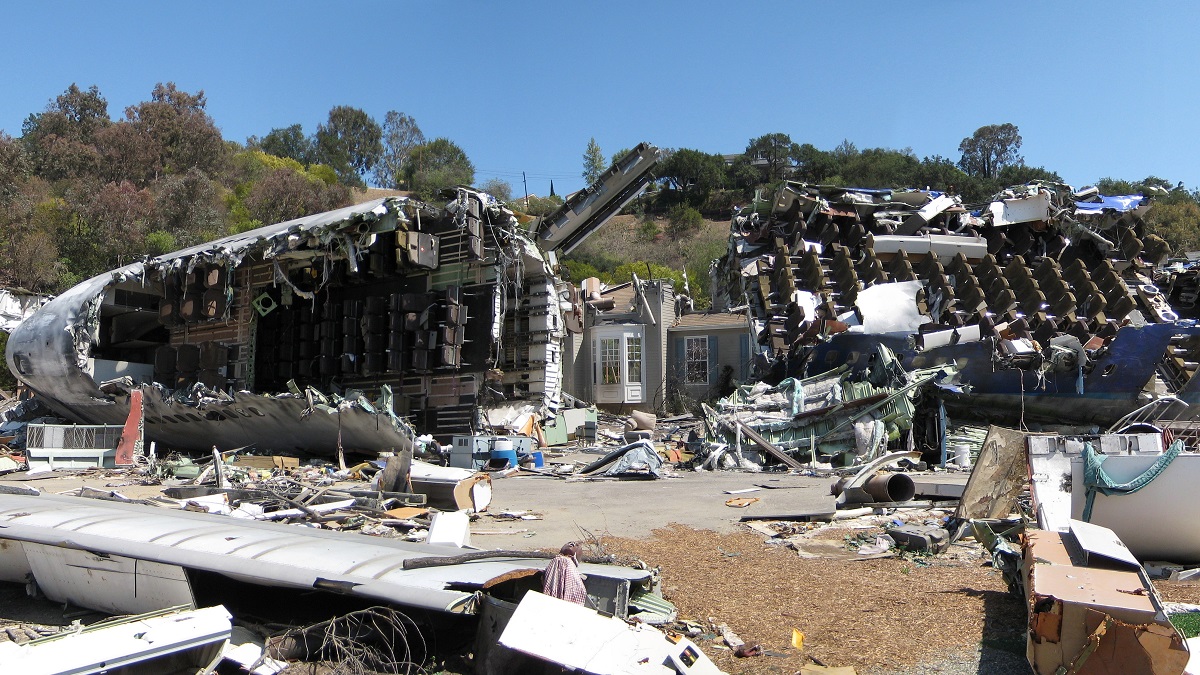 The standard trope of the war of the worlds (as shown in the above picture from a tv series of it) is of extraterrestrial human-like aliens, perhaps from Mars, invading earth and waging an unrelenting war against its inhabitants. The source of Covid-19 is this earth and it is certainly not human-like. Even so, the entire earth is facing a universal invader which takes no prisoners. How have we responded to the new world war?

The last time New Zealand was in total warfare was eighty years ago during the Second World War. We, and the other combatants, made huge sacrifices to defeat the enemy. A past Government Statistician, Jack Baker, estimated that war expenditure in New Zealand in the 1939 to 1944 period amounted to almost a third of National Income, peaking at over half in 1943 and 1944, proportions comparable to – even above the average – of those of the other five allies he looked at.

Such an enormous diversion of resources meant higher taxes and widespread controls. Their breadth was astonishing. For example, in order to save civilian outlays on fabric, the surplus being diverted to uniforms and the like, regulations specified the length of skirts (there was an exemption for matrons).

The interventions could not have worked as successfully as they did without a general acceptance that sacrifice was necessary, Sure, there were grumblers and, no doubt, people found ways to get around the controls at the margin. But generally they accepted higher taxes, rationing and pervasive controls.

To what extent and when the public became war weary is difficult to assess. There were no opinion polls, except the grand one of the 1943 election. (The unusually long gap between elections reflected a collective decision to put off the 1941 one because of the exigencies of war.)

The consensus was such that there was a war cabinet of four government (Labour) and three opposition (National) ministers. However, a year before the 1943 election, Sid Holland, the leader of the Opposition, resigned, although the other two senior members of his party stayed on. National lifted its voter share from 40% in 1938 to 43% in 1943; Labour’s share dropped from 56% to 48%, although another 4% was won by the splinter Democratic Labour Party led by John A Lee.

Are there lessons from this last time? An economist might wonder whether if we did the cost benefit analyses some are doing of the Covid Crisis,  we might conclude that the Second World War effort war was an economic disaster which not offset by other gains – or we might not. Certainly the long-term economic consequences were significant; a theme in my Not in Narrow Seas. Baker argues that the war recovery did not end until 1955 (a longer period of adjustment  than the actual war); it could be argued that its mindset only ended in 1984.

Politically, it might be argued that the war experience shows that while the nation was broadly united, they still voted on party lines; Judith Collins will be chuffed. On the other hand the slowness of the  attrition of the left’s vote between 1938 and 1943 would cheer Jacinda Ardern.

I looked at the experience, wondering whether a coalition – a war cabinet, say – would work today. Simon Bridges’ chairing of the cross-party Epidemic Response Committee was a step in this direction, and Todd Muller toyed with the idea. However, Holland’s withdrawal from the war cabinet suggests electoral considerations overruled bipartnership; Collins is closer to the Holland mould.

As the trope insists, bipartnership is at the centre of effective international responses to a war of the worlds. James Fallow in The Atlantic argued that if George W. Bush or Barack Obama had been in charge in January 2020 when the US experts had first understood the Covid threat (yes January), they would have contacted the Chinese to develop a global response to the pandemic.

But are not the US and China at economic war? It seems most likely that the Chinese, aware of  the magnitude of the challenge by the earlier SARS pandemic, would have been happy to cooperate. Who knows what the outcome might have been, but surely it would have been fewer than the current 870,000 reported deaths and still climbing (almost 200,000 in the US alone).

To add insult to injury, Donald Trump is withdrawing the US from the World Health Organisation. The international agency dealing with the pandemic hardly needs the additional task of dealing with his temper tantrum. (More recently the US has refused to join in the international effort to develop  anti-Covid vaccines.)

There is even a gloomier story here. The US failure to work collectively suggests that faced with another global crisis – say an asteroid like the one which 66 million years ago ended the Cretaceous and, among other things, non-avian dinosaurs – the world could not expect much cooperation from the US. (A more modest, and likely, scenario is global warming; it is, of course, a creeping crisis.)

It is not just the current president. His successor is likely to be limited by the isolationism which is a dominant narrative in US society. Additionally, its Senate jealously guards against anything which it sees undermining US sovereignty thereby discouraging a variety of international initiatives. The promised withdrawal from the Paris Agreement on climate change is a current example.

It is true that the US led us through the Global Financial Crisis and, hopefully, would do so in the next one. But in other economic areas it has been less enlightened. For instance it has neutered the World Trade Organisation by preventing the appointment of judges on its disputes panel.

So while we are focused on the total war against the Covid aliens, it is well to remember there are other issues and, as happened during the Second World War, we need to think about them in any postwar reconstruction.

PS. In H. G. Wells’ 1898 novel, The War of the Worlds, which began the trope, the invading Martians were defeated by viruses; this time some of the viruses are on the other side.

Great article. I had hoped we'd see bipartisan cabinets formed to respond to the pandemic too. But instead, what should have been a neutral, science based response became a geopolitical populism, social-media and MSM fueled tribal mud fight all over the world.

FDR engaged a few Republicans in his “kitchen”cabinet and “brain trust,” trusted and relied on them, and they didn’t let him down. Churchill ran a coalition too, reasonably well. Those day are gone. Partisanship is rampant and unbreakable. Too much media attention and profit in the game to be otherwise.

The 21st century has seen the emergence and rise of autocrats in countries who have a history of autocratic rule and one in a country which is essentially democratic, but he'd love to be able to be an autocrat! A huge problem for the world, is that the biggest democracy with the worlds strongest (?) military is significantly fractured at the moment. The US military is still struggling with the impacts of sequestration over the last decade which has caused significant shrinkage, and has pulled them back from levels of capability that they used to easily maintain, albeit at eye-watering cost. The question we face is do the other players see this time as an opportunity, or do they see greater value in a peaceful world? Planning for the worst while hoping for the best is an approach that our politicians have thrown out with the bathwater, in the name of their own self-serving ambitions.

Looking at human history I struggle to see us avoiding another world war.

Why does the US need to start a war with China?

This is the fundamental question.

Why does China do this https://www.nzherald.co.nz/world/news/article.cfm?c_id=2&objectid=12362645
Expansionism I suspect, as there is no chance of anyone invading China.

Watch for China to make its move on other smaller islands and may be even on Taiwan, while the US is preoccupied with internal divisions, inefficiency, unemployment, divisive election, etc.
But if you are thinking of a real WW III, in all its horrors, it may not happen.
But a Regional war at some hotspot in Asia is likely. Middle East, South Asia, Chinese controlled minorities inhabited area, even in South China Sea.
Will it happen in 2021 ?

Taiwan would be perilous.Underneath all the chest beating, not actually a viable target and they know it. The Chinese military strength is land based and structured. In reality, like all nations, China would have little reward for an outright war on a massive scale. Sure they tickled up Vietnam in the seventies and punished India in the sixties but that was political gamesmanship, don’t underestimate us. In the extremely unlikely event of any sort of populated invasion, the Korean Peninsular beckons. The Chinese already know how to fight there. North Korea can be prodded into provoking something, they are only bound by a cease fire after all.

@xingmowang,
The old saying is still hold true "it takes two to tango"

it only takes one to bully around.

If the US keeps bullying around, I am sure China will give them some color to see see 给他们一点颜色看看.

You mean Mainland and Taiwan ?

We all know that if and when PRC thinks they are strong enough, they will invade Taiwan. Like Tibet. Like Hong Kong. Not before. US only matters to PRC in terms of it supporting or not supporting Taiwan.