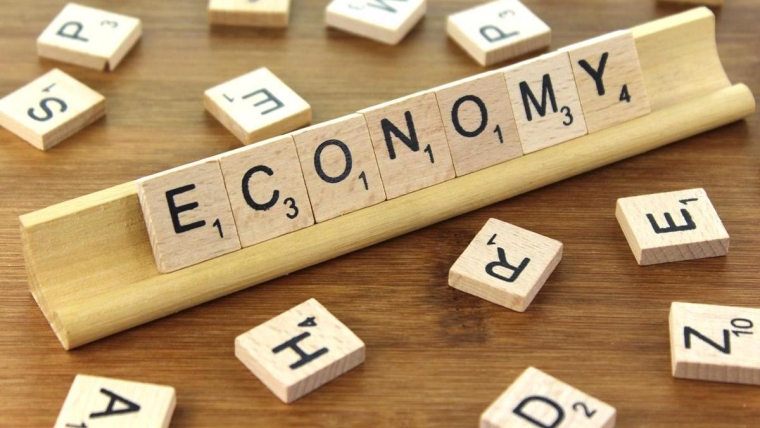 The prize for the stupidest remark about the GDP figure for second quarter 2020 (2020Q2) released on Thursday (17 Sept) goes to Judith Collins, whose response to Grant Robertson’s comments indicated she did not understand the distinction between wellbeing and material production.

Economists have been making this point since measures of material output were systematised ninety years ago, and non-economists for about the last third of that time. Possibly it is too soon to expect all politicians to get their heads around the issue. Woe to us if they ever came to be in charge of the economy. (I have not seen Paul Goldsmith show the same ignorance.)

The fact is that wellbeing took a beating in 2020Q2. The impact of the Covid virus made us worse off – it killed some of us, and it would appear that some of those who survive a bout of it may suffer lifetime limitations. (We won't know how much for some years.)

Faced with the increasing threat, the Government chose policies which would reduce the spread of Covid but had the tradeoff of reducing material production. (Note I have used ‘government’ with a capital ‘G’, but no adjective such as ‘Ardern-Peters’; an English-led or Bridges-led Government would have done much the same.)

Whether it got the balance exactly right, we cannot yet tell. Certainly among OECD countries our 25 deaths are impressively low (and we could have done even better had we realised the risks in residential homes). On a comparable per capita basis with the whole of Australia we would have had 165 deaths; more if you compare with most other OECD countries.

So the policy tradeoff saved at least 140 lives (plus reduced health damage to survivors) for a three percent cut in annual GDP (perhaps a bit more in that there will not be an immediate full recovery). You are welcome to judge whether that was a good decision – but at least you are going to be around to discuss it with your grandchildren. And you will talk, I expect about the total story although you may well play down the material loss (recall your grandparents talking about the Second World War).

(As a minor point private consumption did not fall as much as production. That is especially true if effective private consumption where work-related spending – such as for commuting – is deducted. So the short-term personal material loss was smaller than the GDP figures suggest.)

Second prize for economic ignorance goes to the journalist consensus that ‘officially the economy is in recession’. There is no ‘official’ definition of recession in New Zealand (check out the Statistics New Zealand website).

It is true that there is a ‘technical’ definition, which if mechanically applied meant New Zealand was in a recession in 2020Q2. It comes from the US. I am not sure it usefully applies to New Zealand. Our business cycles differ from theirs in important ways; slavish imitation is not only lazy but deeply misleading.

Indeed, in my opinion the term ‘recession’ itself is unhelpful, insofar as it is normally used for a phase in the business cycle. It is not all obvious that we should use standard business cycle analysis to describe what is going on. New Zealand has experienced a substantial supply-side shock – a 12.2% contraction in a quarter is much bigger than any past occasion I can think of. To announce in three months time, as journalists will, that New Zealand has had the ‘biggest (official) recession recovery ever’ in the September ending quarter (2020Q3) is playing with words.

We need to think much more carefully about what is going on. My expectation is that careful analysis will identify at least two ‘shocks’. The first is from the closure of borders, which flattened the international tourism and education industries; the second is from the lockdown(s) to eliminate community transmission. A third significant effect may be the world economy has slowed down. See what I mean about the oversimplification of the attention grabbing (and inaccurate) headline of ‘New Zealand is officially in recession’?

Statistics New Zealand added a comparison for a number of other countries. It probably did so to check that the very large number was not unreasonable. (There are other checks/statistics which also suggest it is about right, which is why professional economists were not surprised by the SNZ figure.) Exact comparisons are not entirely helpful because all the figures will be revised as new data becomes available, sometimes by larger margins than the apparent differences. Moreover the timing in the various countries differs – some were still in severe lockdown after June (some are returning to more severe ones).

For what they are worth, the international comparisons suggest that most OECD countries experienced a contraction of similar magnitude in 2020Q2 – around 10%. There were 12 OECD countries with greater contractions of production than New Zealand, and the poor devils have much higher Covid death rates too.

Compared to Australia, on a per capita comparison “The policy (of lockdowns) trade off saved 140 lives . . “
Australia - and most other countries and especially including the US - also had lockdowns with economic costs.
The policy saved considerably more lives than the 140 suggested.

Unfortunately for NZ we are still walking the tightrope some 7 months after the nominal start of this problem.
There is still no cure, no palliative remedy, no ant-viral, no T-Cell replicator coming in the next 9 months to save us or anyone else.
Strangely we remain on this tightrope with the abyss beckoning because of our success, because there is no community transmission to speak of, and as a result no immunity built up in the population.
This is why right now the threat posed by the continuous in-pouring of active cases is much greater than before and should be seen as a very high risk, not downplayed by political and commercial interests.
While Europe and US and others stand just this week on the precipice of their "second wave", NZ stands alone, not having even experienced its First Wave, just a couple of random spots where lax and naive controls were put in place along the way.
Our tightrope and our balancing act will remain in place for quite some time yet, and when the financial supports fade away and the mortgages (after a whole year of deferrals) become due again and we find that the nationwide constraints have crimped our ability to function and then, if we were so unlucky as to actually be afflicted by a first wave, with no immunity and no cure, then we will be back at the beginning and need to do it all over again.

Can NZ, with any potential government, withstand that.?

You're assuming that immunity develops after infection which with secondary cases occurring in previously infected people, is open for debate. NZ does not stand alone, rather our current situation is no different from several other countries including Australia, Taiwan, Singapore and China to name a few.

The safest option of NZ's economic recovery post COVID19 is firstly to open up border with China.

What..and fly in the next virus from that corrupt dictatorship?

The safest option of NZ's economic recovery post COVID19 is to NEVER open up the border with China.

For good or for bad, National will do that sooner. Quite a big election point of difference I think.

And become more dependent on that fascist capitalist regime?

We were hardly in a golden spell in the lead-up to Covid19 either, although that is easily forgotten in light of recent events.

Looking beyond GDP, who knew.
Making premature mortality comparisons- has the curve been eliminated, or flattened & deferred.
Prefers not to use the word or concept of "recession"

Most economists are great believers in the need for "reform" – for other people, not themselves. Over the past 30 or 40 years, no profession has had more influence over the policies governments have pursued, but the results have hardly been flash.

To compare our governments outcomes with Australia is misleading. Each Australian state has their own government and their differing responses have led to quite different outcomes. How does NZ’s response compare with WA ?

QLD is a good comparison , about the same size of population, and ran a very similar policy as NZ elimination, even though they are fighting with opposition party lead states namely NSW
https://www.qld.gov.au/health/conditions/health-alerts/coronavirus-covi…
https://castalia-advisors.com/comparing-the-new-zealand-and-australian-…

i guess that unless you are an economist its a lot of numbers and basically accounting tricks to come up with very questionable measures of how we are going!
I prefer - how many people i know that are worse off this month - how many lost their jobs, or existing on a covid benefit - or a wage subsidy - how many cant afford the increased price gouging food prices - how many businesses are closed or about to close - and thats shit loads - despite borrowing 60 billion - and pumping 13 billion into the wage subsidy alone!

If you own a house - its gone up in value - but if you are no longer earning the same wage and cant afford to heat it, repair it or eat in it -- cold comfort - the majority of all these great policy and funding announcements - are yet to be spent - or even begin to be spent

take the 1.9 billion MH announcement -- lots of fanfare - but less than 100million actually spent so far -- or that shared ownership scheme talked about in the debate- $400 mill announced - try to find anybody who has accessed it - - worse than the under 500 kiwibuild homes -

I am at the point when I pretty much ignore what main stream economists are saying - especially the ones working for bank’s, RBA etc. I’m now listening to a new breed of thinkers who can think outside the box and provide some differing scenarios on how things could play out over the next few years.... inflation, deflation and hyper inflation scenarios. This latest report is basically saying we are totally screwed because we’ve been following the guidance laid out by the fed. Get more debt, debt is good, don’t worry if you can’t pay it back, here’s some more, we can inflate it away.