Terry Baucher finds no headline tax surprises in the Budget, but plenty of other bones to pick over

Terry Baucher finds no headline tax surprises in the Budget, but plenty of other bones to pick over 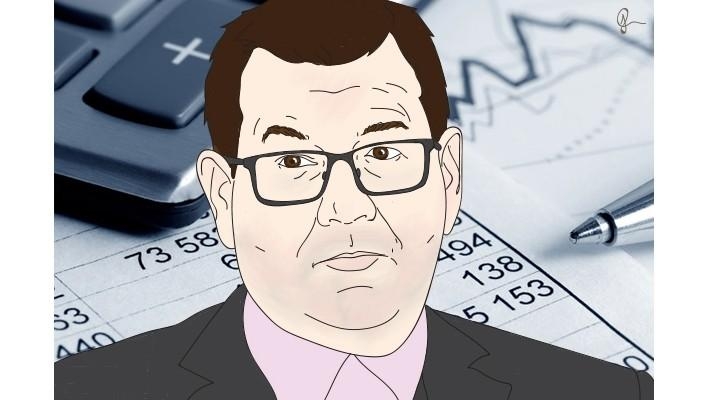 So, much as expected, no headline tax surprises then. We will have to wait until next year at the earliest for any changes to tax thresholds.

Corporate income tax is expected to be $13.3 billion, up from $12.1 billion for June 2020 and more than $3.6 billion or more than 37% up on the predicted $9.7 billion in last year’s Budget. Incidentally, over $2.2 billion of the corporate income tax take is expected to come from the New Zealand Superannuation Fund as a result of its
more than $9 billion growth in the year. GST receipts are also up over $3.3 billion from June 2020 to an expected $24.250 billion.

Away from the headline changes to benefit levels, a potentially significant change is the intention to hypothecate future revenue from sale of Emissions Trading Units (ETUs). The future revenue from such sales ($1.375 billion for the year to June 2021) will be recycled for the implementation of the forthcoming Emissions Reduction Plan, to be published by the end of the year.

According to James Shaw, the Minister of Climate Change, “this is forecast to provide approximately more than $3 billion of investment over the next five years to help meet our emissions reductions goals,”

There’s little detail yet, but the Government, BusinessNZ and the New Zealand Council of Trade Unions have committed to jointly designing a Social Unemployment
Insurance scheme that would support workers who lose their jobs. Such schemes are often seen overseas and was a commitment in Labour’s election manifesto.

The scheme would be similar to ACC in that it’s intended to provide those who lose their jobs with around 80% of their income, with minimum and maximum caps.
Consultation on this potentially very significant initiative will be happening over the next few months.

Given the complexity of the recently announced changes to property taxation and the ongoing issue of perhaps as much as $1 billion of tax being evaded through the
Hidden Economy, this seems a strange move. The funding for management of debt and unfiled returns is also being reduced by $6 million.

No doubt Inland Revenue is expecting these reductions will be more than offset by the increased efficiencies of its Business Transformation programme. This gets a
further $317 million in the coming year during which its final stages will be implemented. I suspect Inland Revenue will come under increasing scrutiny in the year ahead as Ministers look to see the benefits of the $1.2 billion programme.

Small businesses are an important part of the economy so the proposed $44 million of funding for the Digital Boost is welcome. This is intended to provide digital skills
training for up to another 60,000 small businesses, in addition to the 20,000 trainees currently in the programme. There’ll also be advisory services to assess needs and create bespoke digital business action plans for 30,000 small businesses. This is welcome but I can’t help but think that it’s not enough. Small businesses not only
need skills but access to capital and we didn’t hear more about a permanent iteration of the highly successful Small Business Cashflow Scheme.

Overall, a very boring budget from a tax perspective, but given we are still digesting the implications of the recent property tax changes that’s perhaps a relief. (Treasury is predicting the impact of these proposals will mean house price inflation will be under 1%). The benefit changes will be welcome and address an issue that has been developing over decades.

On the other hand, income tax thresholds have been left unchanged for another year. But it seems to be an issue that’s off the agenda at the moment. Whether that
remains the case we’ll have to wait and see.

Terry, you're being diplomatic when you say "tax threshold changes"; a cynic might say "knowingly increasing revenue by taxing the inflation component of wages in an environment where the government legally requires the RBNZ to maintain an inflationary environment in which taxpayers must make ends meet".

Glad something is happening with benefits, but it's a bit precious for government to claim a high ground for it and yet maintain this punitive approach to taxation and de facto implication that living costs are still what they were almost a decade ago, which is absurd.

Big family on a benefit might slip into the second top tax bracket.

‘Overall, a very boring budget from a tax perspective, but given we are still digesting the implications of the recent property tax changes that’s perhaps a relief. (Treasury is predicting the impact of these proposals will mean house price inflation will be under 1%)’

Treasury has predicted house price inflation will be under 1% but they didn’t consider the tax impacts of interest deductibility.

“The forecasts incorporate Government decisions and other circumstances known to the Government and advised to the Treasury (up to 30 April 2021). The main exceptions to this are the tax impacts of interest deductibility of the recent housing announcements & impacts of recent health reforms. Neither of these matters are reflected in the fiscal forecasts as not enough information was available to reliably estimate the fiscal impact from these policy changes.”

The government deliberately delayed the announcement so Treasury couldn’t model the impacts. The forecasts of course are not worth the paper they are written on.

What’s more is B.3 | 55 states there is unchanged risk to “increases to market rent”.

It is obvious that the changes that the interest deductibility rules will result in significant increased pressure on rents and emergency accommodation.

It is laughable that on p 16 | B3 that under downside, upside & main scenarios for Covid-19 outcomes that unemployment in all 3 scenarios in June 24 & June 25 converge at about 4%.

These forecasts are simply not credible and far too optimistic for the downside scenario.

One of the many things being missed by this government is that unemployment is rising and the ability to fill jobs due to labour shortages is becoming a major issue for businesses. What it tells us, is that people simply do not wish to work, adding an increase to benefits will only exasperate the situation. The cost to mental health and community by having hundreds of thousands of people wasting away there lives by not actively contributing to society will be unsustainable.
This government has no idea as to the decline in society they are creating.

Paying people more not to work, as well as to stay home to rot will not end well.