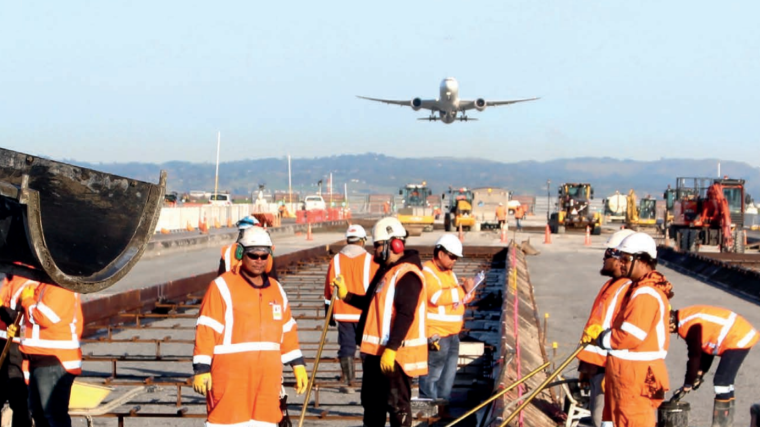 Here's a good one for you.

The country's largest airport company has either made its first loss since sharemarket listing in 1998, or it has made an absolute pile - nearly $1.3 billion in fact.

Such are the vagaries of accounting rules.

Auckland Airport is reporting that its 'underlying' result for the year to June 30 was a -$41.8 million loss compared with an 'underlying' profit of $188.5 million for the same period a year ago.

What those 'underlying' figures don't include are massive unrealised property revaluations.

First, there's the value of the land the Auckland Airport itself is sitting on and the airport buildings, which have been revalued up by $769.9 million (although this largely just reverses a nearly -$600 million fall last year as Covid hit).

This is the actual valuations of Auckland Airport: 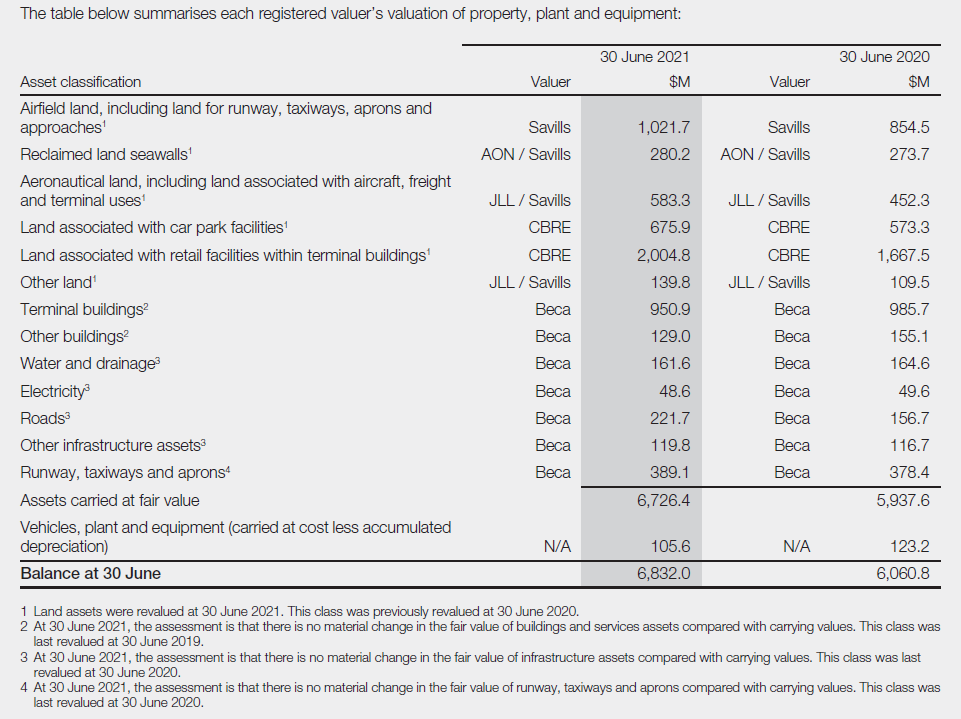 And then there's also revaluation of investment property the airport has - that was revalued up in the year to June 2021 by a whopping $527.3 million.

So, a company that's had its business devastated by Covid has seen the value of its properties rise by a little under $1.3 billion during the year.

And in a year in which Auckland Airport's revenue slumped from $587 million to $$281.1 million, its shareholders' funds increased to $7.93 billion from $6.64 billion. And such a movement of course considerably helps with the company's debt-to-equity position. As can be seen from this excerpt from the company's accounts:

As Auckland Airport struggles to recover its position as a fully fledged international airport, can I facetiously suggest that if the whole airport thing doesn't work out too well it might want to consider going into just straight property development.

Clearly this is the only game in town.

Below are the results as Auckland Airport has highlighted them. The over half a billion dollars of investment property revaluations ARE included in the profit and loss account, but the revaluations to the actual airport land and buildings are not - these go straight to a 'revaluation reserve'. The upshot is that 'reported' profit after tax for the year was up $139.4% to $464.2 millon.

These are the results as highlighted by the company:

• Total number of passengers decreased to 6.4 million, down 58.5% on the previous financial year. International passenger numbers (including transits) were 0.6 million while domestic passenger numbers were 5.8 million
• Operating EBITDAFI was down by 34.1% to $171.5 million
• Reported profit after tax was up 139.4% to $464.2 million
• Underlying profit fell by $230.3 million to a loss of $41.8 million
• Earnings per share was up 107.2% to 31.5 cents per share (principally as a result of investment property revaluations)
• Underlying profit per share fell to a loss of 2.8 cents per share
• Revenue was down 50.4% to $281.1 million
• No final dividend will be paid

These valuations that assess fixed assets, in the old days categories such as furniture, fitting and plant as well as land and buildings, are prone to being both optimistic and misleading. For instance the old freezing industry used to ratchet up such valuations but when the demise occurred of said plant, little of value was actually recoverable let alone saleable, and the land itself so polluted it cost more to clear than it is worth. Hence ugly old defunct freezing works still blotting the landscape up and down NZ. Same thing in Christchurch the three waters debate. Existing infrastructure said to be worth well over $1 billion, but to who as far as collateral anyway. Can the pumps and pipes etc ube uplifted and sold off. The same applies to an Airport. Is it to be shut down, the land sectioned up and sold off. That’s why in the old days banks took a very distinct view of the difference between fixed and current assets.

Looks like the pop-up advertising above the article says it all, "Superior performance from premium underlay"! Thanks to Dunlop for this description and Auckland International Airport thanks the RBNZ for pumping up the value of it's "underlying" assets.

When the government start to apply carbon taxes to jet fuel (it's comming, look at the EU) they can be converted to train stations for all the high speed electric rail we'll be using.

They should have gone with the offer of UAE's Dnata a few years ago to take a stake and develop the airport. May be after Covid goes away (or tamed sufficiently) they will rethink that option ?

Would be attractive if it's winding down or scaling down.

If I'm running this, I'll use the valuation to secure funding to develop properties across the country. That'll be a more lucrative side hustle to supplement the slow period in aviation.

Shhhhh, don't give them ideas.

Has any body considered the economics of relocating the air port and directing the planned large capital program into building a whole new airport. some of the things that I am aware of are
1 A new runway
2 A new combined and international terminal
3 Their existing runway is breaking up and has been patched
On that basis they are planing to build what would be a large part of a new airport.
Further considerations are
1 The planed light rail system to service the airport will cost a fortune and I really question it's likely efficacy. A strategically placed airport may be able to be easier and cheaper to serve with the existing rail system with a few tweaks.
2 The value of the land that the airport company is sitting is worth an absolute fortune and may be far better financially and functionally used for housing