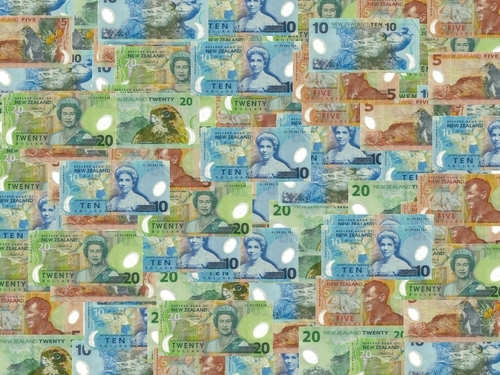 Allowing Mighty River Power to be joint-listed on the Australian sharemarket? What were they thinking?

As if often the case with such things, a significant part of the Government’s strategy to make its privatisation plan successful is concealed within an apparently throw-away remark referring to other matters.

On the subject of also having Mighty River Power listed in Australia, SOE Minister Tony Ryall and Finance Minister Bill English, in apparently defending the decision to have the shares Kangaroo-listed as well, say: “We want to ensure there is enough tension in the share price for investors. A secondary listing in Australia will help to achieve that.”

That is the nub of it.

For “tension” you could equally substitute other such buzz phrases as “upside potential”, or what the hell, more vulgar terms such as “profit”, or “moolah”. The Government could even if it wished have been slightly more forthright and said: “We’re listing these shares in Australia so that Kiwi mum and dad can make a fast buck by flicking their shares off to buyers across the ditch.”

It’s a cunning plan you see. Lessons have been learned from past experience.

Just consider what will happen in the next month or two.

There’s no doubt that once everybody has been whipped up into a frenzy by adverts featuring gushing torrents of water and clouds of steam belching out of huge pipes the shares will find a ready market. And say what you will – power companies are great things to sell to the public because of the visual appeal.

MRP also happens to be very well managed, has a strong board and a really well-diversified portfolio of assets. It is attractive. In this observer’s opinion it is quite easily the best of the assets the Government is looking to sell.

When a previous National Government sold Contact Energy in 1999 it raised $1.12 billion from the public, the rest of Contact being sold to “cornerstone investor” Edison Mission Energy of the US at a premium price. Contact ended up with 225,000 mostly “mum and dad” investors.

The suggestion (interestingly emanating from Australia) is that perhaps NZ$1.9 billion might be raised in the MRP sale. Contact raised NZ$1.12 billion from the public and ended up with 225,000 shareholders. How many shareholders might MRP – which is being targeted at Kiwis first – expect to end up with? It doesn’t seem ridiculous to suggest that upwards of 400,000 might be possible, particularly when it is considered that the government has said it will not “scale” downwards any applications for $2000 worth of shares.

Potentially then there could be a heck of a lot of small shareholders. Good thing? Well, not necessarily at all.

To go back to Contact, within two years over 100,000 of those mums and dads had bailed out. And many of them not at a profit because in the first two years of listing the Contact price spent reasonably long periods below its listing price, very possibly because so many people were bailing out.

For whatever reason Kiwis don’t seem to make natural share investors. Putting money into a company for the medium to long term just doesn’t seem to appeal. Lack of patience? Lack of understanding? Whatever the reason, there doesn’t seem to be that stickability when it comes to share investment.

So, the Government might be able to rustle up 400,000 MRP shareholders, but it sure as hell won’t be able to keep them all.

Now, obviously a load of people rushing down to the sharebrokers straight after MRP has listed is going to force the share price down - potentially. Doesn’t matter you might say, because the Government has already got the loot. But it DOES matter because Genesis Energy and the real biggie Meridian Energy are going to be put on the block next. Sooner rather than later, it seems.

If the MRP price were to tank by say 20% after listing then the queues for shares in Genesis and Meridian might look a bit thin – and so might the price the Government gets for flogging them.

But, if you limit the amount of shares sold to Australians in the float and then make the shares freely available through the ASX after listing, then once the Kiwi mums and dads go flying off to the brokers to sell their shares somebody will be there to pick them up at a price beneficial to mum and dad.

The other point is, once sufficient numbers of shares are held in Australia then MRP will find itself included on some of the big Australian share indexes – and at that point fund managers and the like will actually have to buy the shares as most of them have portfolios linked according to a company’s weighting in the various share indexes.

There’s no doubt in my mind that even if the public ownership portion of MRP starts out 90% kiwi held it will be down to 50% or less within two years. The vital thing for the Government – which will have been advised that this will happen – is to ensure that the exiting mums and dads at least do so at a profit, so, that way they and others will want in to Genesis and Meridian. Otherwise the Government may find that target of NZ$5 billion to NZ$7 billion raised through partial privatisations very hard to achieve.

So, while some might complain about the dual listing of MRP here and in Australia, really the Government had no option. And by engineering a squeeze (sorry, I meant “tension” in the price) on the MRP shares through not allowing Australians much say in the float they are trying to make sure the rest of the privatisation plan doesn’t fall flat on its face.

GET OVER IT !!!! . Thank God we have big brother in the form of Austrailia to support our Capital markets .

We need a dual listed Company , because there simply is not a strong enough Capital Market in New Zealand. If Mighty River Power wants to go  on a Capital Expansion drive to fund new investments , etc , it needs foreign capital, simple  .

Unlike Australia , we dont have compulsory pension savings , and there are 2 consequences of this

1) Kiwi's are Poorer than Aussies by a huge margin and have the lowest retirement and discretionary  savings in the OECD , and

Our weak stock exchange , poor savings and lack of wealth creation is a result of years of leftwing socialist crade- to - grave Nanny - state. Thats whats got us here

I think there may be more to the dual listing than just a more robust aftermarket.

There’s no doubt in my mind that even if the public ownership portion of MRP starts out 90% kiwi held it will be down to 50% or less within two years.

Bill English stated last week in Parliament he expects 85% to 90% of the company to be kiwi held after the share float. He really means 85% then. That means 30% of the 49% available will go offshore directly from the government. His investment banking friends have no doubt convinced him to leave enough on the table for their fund manager friends in Oz. Forget any kiwi preference for that portion; it clearly won't matter if the shares are oversubscribed in NZ. The Aussies appear to have been promised nearly a third of the public float.

I wouldn't be surprised if you are right Stephen.

I need to call someone.

call Winston Peter, he's going to buy them back at face value when he becomes the govt.  You should short sell your shares now.