Opinion: The Government is taking no chances and has ensured that a cash-belching Meridian Energy offer will succeed

Opinion: The Government is taking no chances and has ensured that a cash-belching Meridian Energy offer will succeed 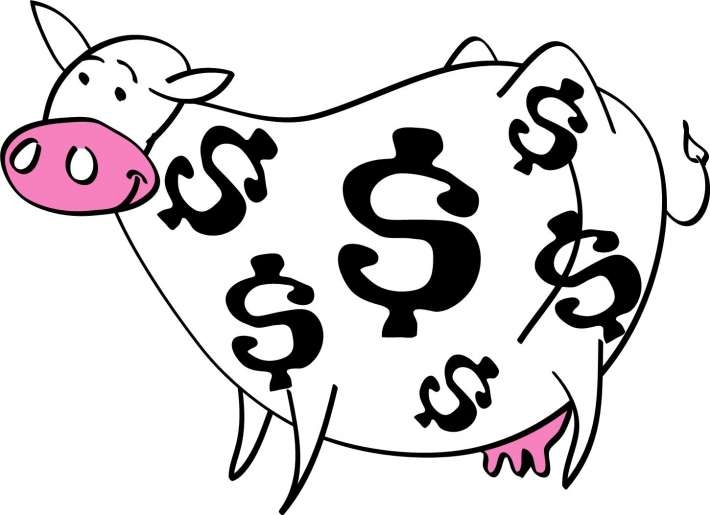 Well, they certainly priced this one to sell.

Retail investors will have to fork out only $1 a share upfront to buy into state power company Meridian Energy.

For this, they are promised a mouth-watering gross dividend yield of 13.4%  for the first 12 months. Then after 18 months, once the shares are fully paid up to the $1.60 maximum retail investors face, the dividend yield drops - but to a still compelling 8.4%, assuming the top price of $1.60 is paid. Potentially retail investors might just have to pay $1.50 all-up.

Earlier this week Interest.co.nz had a look at the returns from fellow state power company Mighty River. See here for articles on SOE floats.

The trade-off for the attractive yield for Meridian is that the around $2 billion the Government's going to get for selling 49% of the company is well shy of the early thinking on how much Meridian might fetch. Amounts in excess of $3 billion were touted before the twin threats of a hostile Labour/Green electricity policy and the likely Tiwai Pt aluminium smelter closure in 2017 emerged in graphic detail.

If you add a likely $2 billion from this float to the $1.7 billion the Government received for Mighty River Power earlier this year then that's $3.7 billion. Clearly the $5 billion to $7 billion the Government set as a target to get from asset sales is not now going to be achieved, barring some miracles from the sales of Genesis Energy and a selldown of Air New Zealand shares.

But the flip side is that in order to avoid the humiliation of having to pull out of the asset sales programme altogether, the Government has packaged Meridian up as the ultimate cash-cow.

Next year, when remember investors will have paid only $1 for their shares, they therefore stand to get a cash yield of 10.5%.

Meridian says it expects to be partially imputing its dividends in the range of 40% to 75% of the corporate tax rate "depending on hydrological conditions".

Therefore, Meridian calculates that in the 2014 year, investors will get a gross dividend yield of 13.4%. Its explanation is that this is calculated as forecast dividends per share declared, grossed up for imputation credits forecast to be attached to the dividend, divided by the high and low points of the indicative price range (which is $1.50 to $1.80) and by the retail price cap ($1.60).

Interest.co.nz calculates that a person on the top tax rate of 33% would end up paying around 1.3c a share in tax on those dividends and would get just under 9.2c a share in the hand. So, in other words a net return of a shade under 9.2%.

So, nobody can accuse Meridian of being stingy.

In fact, the dividend next year is going to cost it a forecast $268.4 million, which comes to an eye-watering 143% of profits.

In 2015 Meridian is likewise forecasting paying out 80% of a forecast $368.7 million free cashflow, which would come to $294.9 million in dividends, which in turn will represent about 140% of after-tax profits.

Meridian's estimating that the 11.5c a share dividend in 2015 - remembering that the shares will have to be paid up to $1.60 during that period - will have an implied gross dividend yield of 9.2%.

Interest.co.nz calculations show that even if you assumed investors had paid up to $1.60 at the start of the 2015 year - which they won't - then the net yield for a person on the top tax rate would still be in excess of 6.3%.

So, in short, the Government's come up with an offer that it is banking on people not refusing - once they see the dividend yields available.

This observer sees some irony in the fact that a company, which should in theory be being marketed as a "long term hold", "blue chip" stock, is in many respects being sold as a near-term play dominated by short-term rich cash returns.

Questions will remain about what happens to Meridian longer term once the seemingly inevitable Tiwai Pt closure comes in 2017.

There is also interest in what Mighty River will be forced to do with its dividend yields over the next two years after seeing the Meridian example. Mighty River has already dropped oblique hints it will be looking to ramp up dividend payments.

And a longer term question for both MRP and Meridian is: What will paying out all of their profits - and more - over at least the next two years do for capital expenditure plans and for those companies' abilities to take advantage of business and investment opportunities that might present themselves?

Businesses have to be able to reinvest profits for their long-term stability and growth. Suck all the money out of the business to pay the shareholders and you get a business that is not growing and potentially has deteriorating equipment and systems.

The Government has got itself a short-term fix by - well, bribing is probably not too strong a word - Kiwi investors.

But will short-term gain be long-term pain?

Surprised MRP shares have gone up today. For MRP to yield the same (8.4% pa) then the share price would need to fall to $1.43.

MRP is also listed on the ASX as MYT. Arbitraging keeps the two in line. On friday the AUD went down against the NZD and MYT rose pulling NZX-MRP up to reflect the NZD-AUD pair.

So it turns out that the MRP risk wasn't Labour and the Greens it was the National Party flogging off the next power co off the block for a song, what a joke. But are all the MRP buyers laughing I wonder

So the Government is going to sell a company that provides a 10% return and use the sale proceeds to pay off debt financed at, say,  4%?

How does that make sense Bill English??

It doesn't make sense. The floggers have never explained it fully, in complete totality, so the lemmings can make up there own mind. It's a case of disclosing only that which will appeal to the hoi-poloi. Sounds good. Tell 'em only the good stuff, only what you want them to know. Otherwise complete silence.

In the true Kiwi spirit , if life hands you lemmings , you should bake up a batch of lemmingtons ......

... life is good , friend , and powering onto greater gooderness every day ....

Rethinking my vote. I wasn't much interested in the sales debate before.  But now it starts to look to me that the national government is going to sell Meridian decisively cheap, just to get it through, and just to show themselves in control.

If they are prepared to subject the national interest just in the interest of winning an argument, then thats enough to make me vote against them next year.

For each individual voter that National can entice into share ownership - they win that election vote next year in 2014 as all those shareholders will vote against the Lab/Green proposal that would bring electricity prices (and hence share prices) down. It's a get the turkeys voting for Christmas plan - and hence the reason it is structured/targeted at individual investors and discourages the institutional ones.  It also, I assume, is structured to ensure limited volume trading between float and general election as a means to prevent the MRP scenario.

Just a guess at what's really behind the free steak knives.

How could you be wrong - the Meridan share offer is structured to achieve the same as a baited fishing hook.

A baited fishing hook implies the floggers are in command, dictating the terms. Don't think so somehow. They're not. The floggers got the MRP float so wrong. Now looking over their shoulder. MER pricing is a consequence of the MRP screw up. Now at the mercy of Mr Market.

The price is not relevant, the important bit is to do with transactions, the money appears to be made by the people undertaking the initial treansaction and then the on going trading as well as the increased profitability of being a manager

It is a great life if you can get it.

The latest quarterly release of costs incurred by the State to date.

Someone or someones can happily pay their mortgage - what a huge amount of time spent on it so far. Wonder if they bought shares in MRP - probably conflicted...

... those wanting more excitement , and the potential of massive capital gains , can stick to leveraging up on rental properties in Auckland , or in endlessly bidding up the price of XERO stock ...

But for Mom & Pop " Buffett " in Struggle Street NZ  , looking to dine out on a rich vein of income , Meridian will power them to their destination ...

a) Are investors that shallow?  oh wait finance companies.....so yes.

b) Risk, once Labour/Green's get in then 10+% shaved off the household bill, plus regulation.....cash cow then, not.

Struggle street, really those struggling wont be buying these shares, the already national voting ppl will be, sure...maybe.

SO its priced to sell cheap so Natioanl can make a political point, cronyism at its finest.

Struggle street, really those struggling wont be buying these shares, the already national voting ppl will be, sure...maybe.

This fellow and his ilk will certainly miss the queue to buy Merdian. In fact I am sure other taxpayers help to pay his Meridan power bill and thus the extraordinary return on offer.:

With bills to pay and a baby on the way, Wellington parking warden Esau Taniela tackles a 68-hour working week to bring home $719, while his pregnant partner works three jobs. Read more

But there again the other end of town may be in a spot of bother along with their bankers and pass on Meridian as well:

More than 220 Christchurch buildings have been closed at short notice after failing to meet New Zealand's new post-earthquake building code.