Elizabeth Davies would like to see more people helping, rather than taking advantage of, the financially naïve

Elizabeth Davies would like to see more people helping, rather than taking advantage of, the financially naïve 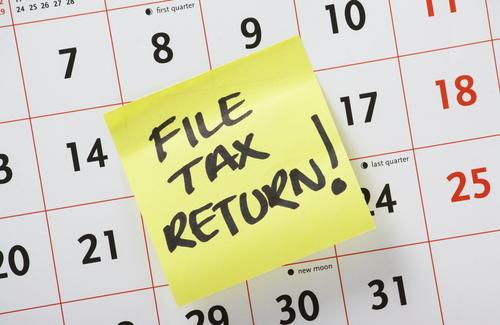 As the end of the financial year swiftly approaches, tax refund companies begin broadcasting their 'woohoo' ads and setting up stalls in every mall foodcourt they can find, ready to swoop on unsuspecting and financially naïve people all over the country.

The most recognised of these companies is probably NZ Tax Refunds, the creators and dealers of the ‘woohoo moment’.

This campaign is blatantly directed at students of the fast food generation; those who, like myself, are used to having a lot of things done instantly with minimum effort on our behalf.

Another thing that makes students prime customers is that they’re not likely to have their own accountant and often have less financial knowledge than those who have been balancing their own cheque books for the last 20 years.

Two years ago I happily jumped on the woohoo bandwagon, eager to collect what I somehow had convinced myself was free money.

About last February my partner simply forbid me to use one of these companies to collect my tax return.

He gave me a piece of truly interesting information – I could cut out the middle man, I could in fact request my personal tax summary from the IRD and in turn organise my refund myself.

I was sceptical. If we could all do it ourselves why were so many people signing on with a company that charges a fee of 19.5% and a minimum $19 charge?

I think for a lot of people it comes down to a lack of basic financial education.

We are a DIY nation. We generally shun the idea of paying someone to do something we can do ourselves. But in this case people are either intimidated by the idea of direct communication with the IRD, or they are simply unaware that the option exists.

Last year, after deciding to file my own tax return I was surprised when my bank account was credited from NZ Tax Refunds.

Like so many naïve youths, in my eagerness to sign up and collect my desperately needed cash I had failed to read the fine print. I didn’t realise that by signing up with the company I was allowing them to become my registered tax agent, a status that would continue year after year unless I specifically contacted them to stop it.

I guess my concern is that there are so many companies determined to take advantage of financial naiveté and not nearly enough trying to combat it.

Stop handing out the half eaten snapper and give us a bloody fishing rod.

Elizabeth Davies is a 23 year old post graduate journalism student at Auckland University of Technology. She lives with her partner in Epsom and spends her free time refurbishing vintage furniture and attempting to bake while fighting a daily battle against her bank balance. She writes a weekly article for interest.co.nz on money matters and financial struggles from a young person's perspective.

The tax refund intermediary might even be getting your tax return wrong - they assume you only earn income through salaries and wages. Any untaxed freelance journalism work would need to be included in a proper tax return.

Companies like NZ Tax Refunds appeals to the lazy not the naive.  Why not spend 5 minutes doing a Google search on the subject.  I'm sure most of your student buddies are smart enough to undertake a DIY read and analysis of the information on IRD's website and various online wikis.  It's not rocket science and the IRD provides all the necessary forms you need.
By the way.  Who are all these companies you speak of taking advantage of the naive (or is it lazy)?

Elizabeth, why don't you follow through and help the so called naive, create a 'how-to' doc with step by step tasks on how to obtain your annual refund and post it for all to learn from.

Good article Elizabeth, I see the same companies set up in Malls stalking the naive into a quick check to see if they will get a refund. Then bingo they are locked in as you describe. Describing people not doing their tax return as lazy (nzpaul) , well that's abit rich. Most people I know have no idea how much they paye rate is, how kiwisaver works, or ACC levies work. You must hang around tax accountants?

Frazz... I was not implying that at all.  The point is, don't complain about the cost of a service if you choose to use it.  I know I can make at sandwich at home for less than the $10 charged in the city, but sometimes I don't have time/can't be bothered making a sandwich.  But I don't complain, it's convienient.
I am surprised by your comment that most of your people have no idea what their tax rate is. This information is readily available on IRDs website.  You only need basic maths skills learned at shcool to work it out, or for the lazy use the online calculator provided.

We do have a Commission for Financial Literacy which does a lot of good work in encouraging and helping people to manage their finances better.  And we have sites like interest.co.nz. wich can draw our attention to points of detail such as this.

But whose responsibility is it ultimately, and what business is it of yours or anybody else's, if individuals would prefer to pay somebody else than to make the effort themselve?

Hi NZ Tax Refunds here. I read the article above with interest and have some additional information I would like to provide. Our type of service is trusted by thousands of people from many walks of life, not just students. Like most things in life there are options for doing it yourself as you have said. This covers everything from mowing your lawns to making your own lunch. Yet how many people purchase their lunches every day? As with all of these services I wouldn’t say they are just for the ‘lazy’ but are for the time poor who do not wish to take the time to find all the forms and deal with the tax system. We make this easy and take the stress and time out of what can be a complex exercise for a number of people. A tax agent such as ourselves provides its customers with a knowledgeable and effective intermediary that is invaluable to have in case there is any problems with their tax filing. As any other professional service there is a fee associated and we make no apologies for that. If anyone has any questions feel free to contact one of our tax experts via our website woohoo.co.nz

Talking your book is to be expects, but perhaps you would do well to familiarise yourself with the term unearned income. [ Unnecessary insult deleted. Ed]

Hi Liz,
Fair go have been bleating on about this for ages (how easy it is to do it yourself and skip the middleman) along with consumer rights etc, I guess it is all about taking the time to listen to what other people have to say or do some reading yourself. I guess they have been trying to - in your words - give you the bloody fishing rod
Maybe you could help your fellow students out by writing an article for your student mag etc

These guys are in business 'cos some folk do like their service ... if no one did , this company would've disappered ...