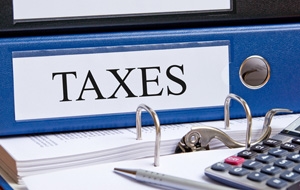 They say “ignorance is bliss” but that is certainly not so with tax and most definitely not so when dealing with financial arrangements.

The financial arrangements regime represents one of the more curious conundrums in New Zealand’s tax system.

As Aaron Quintal of EY pointed out last week it is “the most pervasive” of the several specific regimes contained in the Income Tax Act which tax capital gains.

Yet despite having been around since 1986, the regime is largely unknown to the general public in my experience.

These are broadly defined as any investment or financial instrument under which a person receives money in consideration for providing money to any person at a future time or on the occurrence or non-occurrence of an event.

The regime covers financial instruments such as bonds (both in New Zealand and overseas), forex contracts and other such derivatives, bank deposits and mortgages.

This capital/revenue distinction largely disappears so any gain will be taxed. However not all capital losses are tax deductible. Usually, a financial arrangement’s gain or loss for each year is calculated on an accrual basis (which is why the financial arrangements regime is sometimes called the “Accrual Rules”).

When a financial arrangement is disposed of, such as on maturity, or sale, a wash-up calculation is carried out (a “Base Price Adjustment”). This calculation compares the total return of the financial arrangement with the amounts treated as taxable income or deductible expenses in previous years. Any positive balance represents taxable income with any negative amounts usually being deductible.

Where the risk is

Where many taxpayers are most at risk in not complying with their obligations is in respect of foreign exchange gains.

Maree’s base price adjustment calculation is as follows:

Maree should therefore include $5,304 (effectively the foreign exchange gain) as income in her 2015 tax return.

One specific initiative is in relation to the treatment of overseas currency denominated mortgages used to purchase overseas rental properties.

Although most taxpayers will be covered by the cash basis person exemption there is an important proviso to this rule. The exemption does not apply if the difference in taxable income between that under the cash basis and that calculated under an accruals basis is $40,000 or more.

It’s probably faint hope for Peter that when he eventually sells the property and redeems the mortgage,the resulting Base Price Adjustment calculation will take into account any income previously returned.

I’m aware of several taxpayers like Peter who are currently being audited by Inland Revenue on this very issue.

The financial arrangements regime is indeed “pervasive” and anyone who has any investments which it could cover should be checking their tax position. Otherwise they could be in for a nasty surprise.

We moved here from the UK, renting out our house there, and these rules are being applied to us. They are very unfair, especially as the unrealised gains are never going to be realisable.

You think that's bad, wait until you retire one day and learn how the NZ govt attacks your and your spouse foreign super, including any foreign personal super savings if its 'administered' by a foreign govt, even if that govt makes no contributions to that super (akin to a foreign 'kiwisaver' without the govt contributions).