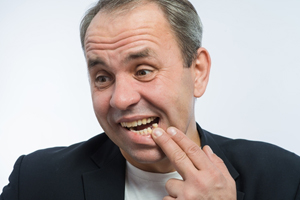 It was with great fanfare that the Insurance Council of New Zealand (ICNZ), the industry body representing the fire and general insurance industry in New Zealand, launched its revised Fair Insurance Code.

Its own website proclaims that the new Code sets a high benchmark for self-regulation of the industry, with higher standards being imposed on ICNZ members when servicing customers.

And indeed, the revamped Code does appear to further regulate and control the insurance industry.

It sets out clearly the responsibilities of the member insurance companies when selling insurance and settling claims.

Included in this is an obligation to “settle all valid claims quickly and fairly”.

Included also are various other obligations, such as clearly explaining why an insurance company declines a claim, and clearly providing a right of access to the information relied upon in evaluating a claim.

The fanfare appears well deserved, as the new Fair Insurance Code is a vast improvement on its predecessor.

Alas, it appears that not all insurance companies have bought into the commitments of the Insurance Council.

Some major insurers deny that their membership of the Insurance Council, and their agreement to abide by its Code, creates any obligation or duty that is enforceable against them at law.

In other words, when a customer attempts to hold an insurance company to the promises of the Fair Insurance Code through the courts, some insurance companies deny that the Code imposes any obligation enforceable against them at law.

It looks like two steps forward and three steps back.

The insurance companies, through their representative body the ICNZ, put significant effort into creating what was a major improvement of the Fair Insurance Code. But the industry members seem to believe that it cannot be enforced against them at law.

A significant waste of effort it therefore appears.

The Insurance and Savings Ombudsman has called for a law change on the duty of non-disclosure. As has been identified in previous articles, recommendations by the Law Commission to radically update the law around the duty of disclosure appear to have stalled in Parliament, with proposed legislation not being passed.

The Insurance and Savings Ombudsman proclaimed that the Code was a “step in the right direction”, as it introduced a test of reasonableness for insurers – an insurer will have to respond reasonably in relation to what the insured did not disclose.

So whilst the Insurance and Savings Ombudsman supports the need for legislative change, she endorses the position taken by the insurance industry in the new Fair Insurance Code.

The CEO of the Insurance Council, Tim Grafton, has been quoted saying that the new Code requirement to respond reasonably to non-disclosure was arrived at after acknowledging legislative changes in the UK and Australia. So clearly the intention of the ICNZ is that insurers follow the intentions of the Code.

The problem is that Grafton and the Insurance and Savings Ombudsman expect insurers to honour the Code, but when insurance customers try to enforce it, they're met with a denial by the insurance industry that the Code is enforceable at law.

What this somewhat complicated mess means is that, according to some insurers, the Fair Insurance Code is toothless.

Andrew you speak with a forked tongue. It's easy to see what side your bread is buttered on! On one hand you say this is a vast improvement then you say that some major insurers deny their agreement to abide by the code? These are statements that need to be backed with some facts. If you are willing to say this then you should name the insurers who are members and will not follow the code? Otherwise you are casting dispersions over all of them!

Mr Sam - you can start with every insurer that has every issued a general insurance policy to a homeowner in Canterbury prior to 4 September 2010 - so yes, it is pretty much all of them by my count..

Another tarred with the same brush of generalisation.

I don't think you are going to have to wait long for the specific's Mr Sam - patience, patience...