Catherine Leining makes the case for not following but doing ourselves what the major economies should be doing: major transformational change to using less carbon

Catherine Leining makes the case for not following but doing ourselves what the major economies should be doing: major transformational change to using less carbon
25th May 15, 4:43pm
by Guest 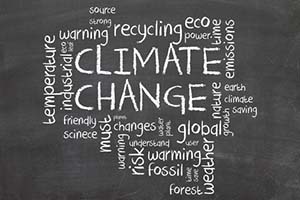 According to a recent survey 87% of New Zealanders have at least some level of concern about the impacts of climate change on society. The government is currently consulting on how we want to translate climate concern into a target for reducing New Zealand’s emissions after 2020.

Rather than offering mitigation proposals, the government’s discussion document addresses the national context for setting a target and has a strong focus on the costs that accompany ambition.  But looking at the underlying modelling by Infometrics and Landcare Research reveals more about the cost story in the discussion document than first meets the eye. It also highlights the importance of discussing pathways alongside targets.

First, the modelling excludes important mitigation opportunities and benefits for New Zealand.  The authors of both studies are transparent about the limitations of their methodology (although these are not explicit in the discussion document).  For example, they exclude mitigation from the forestry sector, the potential for transformational technology changes (e.g. electric vehicles and improved batteries), and the value to society of co-benefits to human health, the environment and New Zealand’s international standing (e.g. clean-green branding) as well as avoided climate change impacts.

Second, even with these exclusions, targets ranging up to 40% below 1990 levels have a relatively small impact on underlying economic growth – if New Zealand can invest in lower-cost mitigation in other countries.  For example, Infometrics found that under 2030 targets ranging from -5% to -40% relative to 1990 levels with a global carbon price of NZ$50 and access to the global carbon market, across the 2020s:

Under a -10% target with a global price of NZ$50, 80% of reductions would need to happen offshore. More ambitious targets at the same global price would require even more offshore investment. If New Zealand had to achieve its target only through domestic action, it could not even achieve a reduction target of 10% below 1990 levels at a domestic price of NZ$300 per tonne.  This would have more significant impacts on our international competitiveness and GDP.  The high cost of domestic-only action is consistent with the findings from a simpler model developed by Motu Economic and Public Policy Research.

Landcare Research reached similar conclusions, although its modelling showed slightly smaller target impacts on GDP and RGNDI and greater domestic mitigation for a given carbon price.

What are the implications for our target decisions?

Helping other countries to reduce their emissions is likely to be an important part of New Zealand’s optimal contribution to global mitigation. However, we need to think carefully about what we can and want to achieve strategically through domestic action.

First, investing in offshore mitigation has domestic costs.  Infometrics estimated that every $1 million spent to purchase mitigation units overseas would cost the economy $1.8 million from declining terms of trade and reduced efficiency by our export industries.  This does not take into account other lost co-benefits from investing domestically.

Second, while investing in offshore mitigation can buy us time for emerging technologies to mature and support poorer countries with lower-emission development, it won’t shift New Zealand to a zero-net-emission economy.   The IPCC advises that to achieve a least-cost pathway limiting temperature rises below 2 degrees Celsius, global emissions should decline to 40-70% below 2010 levels by 2050 and should approach zero net annual emissions by 2100. Under current policies, New Zealand’s gross emissions are projected to be 36% above 1990 levels by 2030 and net emissions (with forestry) could be on the order of 159% above 1990 levels.  New Zealand will need to join the rest of the world in finding a pathway to zero net emissions.

Third, reducing New Zealand’s emissions could produce strategic benefits if we are smart about how we do it.  Benefits could include improvements to human health and biodiversity, better air and water quality, technological innovation, new business opportunities, more efficient production, improved energy security and reputational benefits from demonstrating leadership at home.

In order to achieve those benefits, we need to move beyond incremental thinking and embrace transformational opportunities that are not reflected in the modelling.

In the context of future transformation:

Here in New Zealand, we have the ingenuity, the natural resources and the economic opportunities we need to stop polluting the atmosphere with carbon. Joining ambitious global action is essential if we want to preserve our quality of life for our children and their children.

Transitioning wisely to a zero-net-emission economy will help safeguard our long-term energy security, competitiveness and international reputation. It is also a matter of national pride. Given what we would stand to lose, the cloak of free riding would be a poor fit for New Zealand.

Before we can make informed decisions about interim targets and costs, we need meaningful discussions across central and local government, businesses and communities about New Zealand’s strategic pathway choices to achieve zero net emissions.

Discussing target costs without pathways is like budgeting for a trip from Auckland to Wellington without first considering the full benefits and costs of travelling by bike, car, bus, train or plane.

Whatever your views on smart climate action for New Zealand, I encourage you to submit those views to the government before 3 June. The government’s submission form is available here.

Catherine Leining is a Policy Fellow at Motu Economic and Public Policy Research. This article also appeared on the blog “New Zealand’s Low-Emission Future.”  The views expressed are those of the authors.