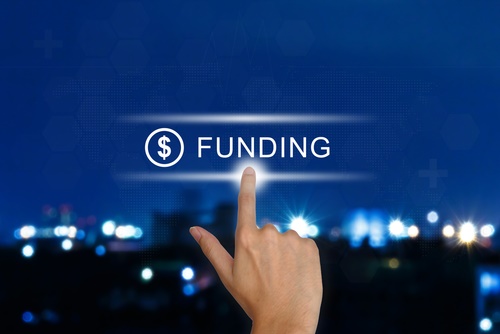 This week, Local Government New Zealand launched a funding reform pitch at central government, broadly making a case that if you want the national economy to grow, you need to fund the enablers of that growth better.

This is certainly not the first such pitch that the local government sector has made to officials in Wellington on the matter. Councils have long chaffed under the one-size-fits-all funding structure of rates, and the constraints it places on their operations.

Porirua District Council, for example, has over 50,000 households in its jurisdiction. Yet for various legislative reasons, only 18,000 of these are rateable. As the council’s primary income, this a narrow financial base on which to fund roads, water and other community services.

In popular tourist areas like Queenstown the narrow permanent ratepayer base has to pay for the infrastructure used by the million plus visitors to the region every year. Although recouped indirectly, it increases the rates burden on individuals and businesses.

Auckland’s housing affordability crisis is also related to the rates funding model, with competition for limited revenue constraining the council’s ability to provide the infrastructure needed to open land to development.

But this time the local government pitch is more compelling because it is focused on putting new incentives in place that encourage economic growth. The Local Government Funding Review paper puts forward a 10-point plan to achieve this.

LGNZ wants the government to set up special policy areas where local government can test out different rules to allow innovation to occur at a local level. The advocacy group also wants councils to share in the value uplift that occurs when land is rezoned, giving local government a revenue stream from making more land available for building. The paper also recommends letting local communities share in the mineral royalties from mining in their region, and wants to give councils the ability to charge a tourist levy where applicable.

The paper puts a strong emphasis on making users pay for the local government goods and services they consume, and wants the ability to charge road user fees, targeted rates and fuel levies where applicable. Furthermore, LGNZ wants central government to help councils determine what activities should be funded out of general rates and what the beneficiary should pay for.

LGNZ also wants to end the free lunch that central government enjoys by making public land rateable, and by making government share some of the administrative costs it imposes on local authorities.

All-in-all, it is an impressive wish list, and realistically it is unlikely to get central government buy-in on every point. That said, even if it could get traction on some of the points, it could substantially improve the local government landscape.

The revenues from land zoning uplift, mineral royalties and tourist tax, which would complement rates, have the potential to not only lift council income with few distortionary effects but could produce positive spill-overs due to the financial incentives they create. For example, a rural council is likely to dedicate more resources to a mining consent application if it knows it will receive a share of the royalties once the project is operational. Likewise, a slice of the uplift value could encourage Auckland Council to release greenfield land for development because it provides a means of paying for the required infrastructure.

Shifting the funding of council-provided goods and services to a user-pays basis, where appropriate, could get communities thinking about what it is they want local government to provide and the impact this has on the financial viability of a region.

Kapiti Coast District Council was able to defer expensive capital investments in its potable water network by installing water meters and moving to volumetric charging. It also did not have to put water use bans in place during the summer, unlike neighbouring councils that do not use volumetric charging.

Convincing central government that it needs to share a portion of the administrative costs that stem from national policy has the potential to curb poorly considered regulations because it confronts policymakers in Wellington with the true cost of their actions. As we saw recently, it is easy for officials in Wellington to set gold plated drinking water standards with the best of intentions, because they don’t have to pay for the costly upgrades to the water network that fall heaviest on small councils.

Spending constraints should be on the table

But perhaps the real benefit of the report is less specific than that, and more thematic in nature. It is in effect a statement that local government wants to partner with central government to achieve shared goals, and that the sector is open to change.

Reading the mood along the beltway suggests that in framing the discussion around incentives, local government is speaking a language that the current government likes to hear.But if LGNZ truly wants to speak lingua franca with Wellington, then it needs to put spending constraints on the table too. There will certainly be a lot of scepticism, and much of it justified, about giving local councils new funding streams to pay for an ever growing list of community demands.

Unfortunately, that is missing from this report, and could potentially place hurdles in the path of what is otherwise a compelling pitch.

*Jason Krupp is a Research Fellow at the New Zealand Initiative. This is its weekly column for interest.co.nz.
Dr Oliver Hartwich, executive director of the Initiative, was a member of the 13-person working group that contributed to the Local Government Funding Review discussion document.

"The revenues from land zoning uplift, mineral royalties and tourist tax, which would complement rates, have the potential to not only lift council income with few distortionary effects but could produce positive spill-overs due to the financial incentives they create. For example, a rural council is likely to dedicate more resources to a mining consent application if it knows it will receive a share of the royalties once the project is operational."

.
Probably not the best example to use....it sounds like councils could be more open to bribes by mining and prospecting companies...which would be a poor outcome for NZ'ers
.
The Crown receives either 1 or 2% of the net sales of a mining operation in royalties.
After the offset of all its "costs", I imagine the net sales will probably be not that high.
In 2010 the Crown made 6.5million in mining royalties. That's peanuts. So even if the government is willing to give up some of that, local councils will not see a whole amount....
That in return for signing up to environmental impacts of a region....look at what the people of Waihi have had to suffer.
Waihi is also the poorest township in the Coromandel. So claims that mining produces wealth for a local community are not convincing.
Mining profit is highly cyclical, as the people on the west coast of the south island can attest to.
Boom and bust.