The NZ Initiative's Martine Udahemuka encourages businesses and professional networks to take the risk and tap into the abilities that refugees bring into the country with them
21st Sep 15, 9:11am
by Guest 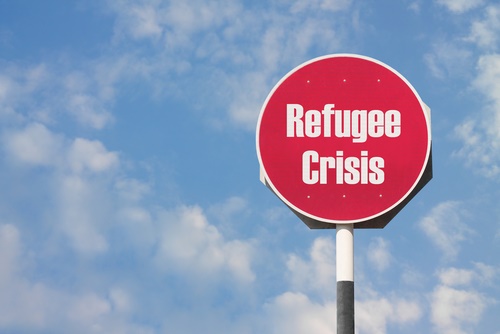 I have a vested interest in refugee matters. Not only at a personal level, having arrived in New Zealand as a refugee 20 years ago, but I have also spent the past 10 years working with refugee communities in various capacities.

My family fled from the genocide and civil war in Rwanda in 1994 and arrived in New Zealand in 1996. We were a family of nine. We had never heard of New Zealand.

The journey to get from the home where I spent the early years of my life, to being resettled in Palmerston North is laden with many memories I would not wish on my worst enemy. One day we were going to school as normal, the next, we were wondering when it would be our turn to die. Death was on our doorstep and on our lips for the next while. New Zealand certainly came to our rescue.

New Zealand has an official quota to accept 750 refugees per year, but that’s the easy part. The challenge really begins during the resettlement journey, once the refugees arrive in New Zealand.

Prior to the Rwandan conflict, both my parents had been university educated and had established careers, yet they struggled to find employment that was commensurate with their skills and experiences years after arriving in New Zealand. It was as if, along with everything else, what they once knew became null and void.

On arrival, a volunteer family supported us to navigate our new life. My father was encouraged to volunteer to get New Zealand work experience. Unfortunately the volunteer stint, which he did for two years, was not aligned to his skills and experience, nor to his career aspirations.

A major reason for this was that as well as the loss in confidence from having to start from ground zero, he lacked the professional networks and the understanding of New Zealand work culture. The same story resonates with most of the refugees here.

Working with refugee communities, I witness time and time again wasted talent, wasted opportunities, and in turn cases of heightened desperation and grave loss of confidence.

Stories of doctor turned taxi driver, economist turned shelf-stacker, banker turned caregiver are too familiar. For most refugees, finding a job that matches their skill set proves most difficult. Yet this is often cited as the single biggest factor that contributes to successful integration in the host society.

The media is awash with public pressure to increase the quota. Considering that resettling refugees is one of many options that nations can do to respond to the crisis, countries should carefully consider the resettlement outlook once refugees are on the ground.

What if the private sector could do more to help?

Dieter Zetsche, the head of Mercedes in Germany recently explained that beyond a humanitarian response, Germany had another motive behind the recent opening of its doors to at least 500,000 refugees from Syria.

Mr Zetsche appealed to the private sector to recognise that some good can come out of this crisis as “most refugees are young, well-educated and highly motivated - they are exactly the people we need”.

Mercedes, Siemens and Bayern Munich (a football club) have pledged to offer jobs and training for refugees as recognition of the social and human capital they bring with them. This is an encouraging and hopeful take on the crisis that has gripped European nations, and requires the combined efforts of all other countries to respond.

New Zealand should take heed of these developments, as there is significant room to improve.

Fortunately, this country has two advantages to get better at this. One is that the numbers are small. In the last decade, New Zealand resettled just over 7,000 refugees, of which almost 60% were between the ages of 18 and 60. Two, there is one point of entry for refugees into the country. There are usually six intakes of 120 refugees on average over the course of a year, resettled across five major cities. This should mean that support is easier to target.

For example, private individuals could register with Red Cross as professional mentors, then on arrival, refugees can be matched with like mentors with the same skills, from the same industry or both. For those who need, the mentorship can happen alongside English language training. Learning English and establishing networks does not always necessitate a two stage process.

The Brotherhood of St Laurence in Victoria, Australia recognised the need for more targeted support to get refugees into employment and established the Given the Chance programme. An evaluation of this programme showed that mentoring was the most beneficial aspect of the program, as it gave them the opportunity to expand their professional networks.

Another option, as is happening in Germany, might be for more businesses to take the chance on supporting skilled refugees into work, even if it means via providing unpaid work experience. This is somewhat happening in New Zealand, but at a very small scale. Through current pathway to employment programmes, refugees are over-represented in the hospitality and agricultural sector. Although there is nothing wrong with this per se, it can mean that there may be existing experience and skills yet to be tapped into.

New Zealand already does a great job, especially when I compare my experience to what the rest of my extended family had to endure in other countries. However, as is the case in most countries of resettlement, refugees oftentimes still get treated and managed like a homogenous group, with the assumption that they are all uneducated and unskilled.

Many factors contribute to the downward mobility of refugees and hinder integration. As you and I could imagine, having to lose everything you worked for, with limited opportunities to regain it can be insurmountable.

I acknowledge that a number of employment services funded by the government already exist in this area, so this call is not for more services. Rather, it is to encourage greater uptake from businesses and professional networks to take the risk and tap into the capital that refugees bring with them.

Surely even if out of 750 only a handful come with degrees and work experience, it is in our best interest as New Zealanders to make sure that we capitalise on these skills. The sooner the refugees can start contributing, given the $80,000 spent on their initial resettlement, the better for the refugees and for New Zealand.

*Martine Udahemuka is a research fellow at the NZ Initiative. This is the Initiative's weekly column for interest.co.nz.

"Mercedes, Siemens and Bayern Munich (a football club) have pledged to offer jobs and training for refugees as recognition of the social and human capital they bring with them."

Sorry, but why should jobs be reserved for so-called refugees? How do you explain other members of the community looking for a job that they are excluded? This is unfair and discriminatory.

Interesting to know, however, that Siemens and Mercedes are regarding themselves as charitable organizations, spending their shareholders' money on doubtful politically correct projects.

Secondly, there is widespread media tendency to call everyone e.g. currently crossing European borders without visa a "refugee". We all know that the vast majority of those have left safe camps in Jordan, Turkey or Lebanon. They are not refugees from war, but from unpleasant circumstances in countries that do not offer a welfare state. Many other "refugees" come from places in which there is no trouble at all, looking for a better life. Not every illegal immigrant is a refugee.

Btw, there are more than 200000 Kiwi children officially living in poverty. It is immoral to pour 80K at every "refugee" arriving in NZ while our own children live in deprived circumstances. And do not mention the 80K to FHBs desperately looking for a place to live. But we all know who John Key is working for.