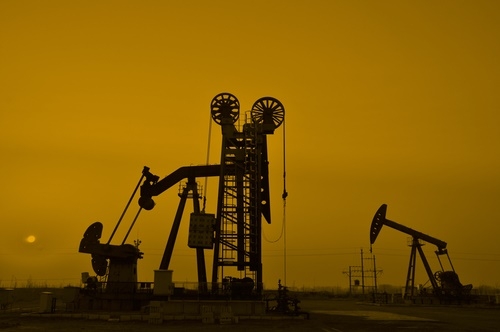 The extensive literature surrounding the performance of state-owned enterprises (SOEs) generally concludes that such institutions are inefficient and that most of them are losing money.

The simple solution to this problem is to privatise the SOEs - so that they are subject to market-oriented performance measures and market rules such as offering market-level wages, engaging in fair competition, and avoiding inappropriate subsidies.

This may sound easy enough but the process is known to be a tough and almost impossible one at times.

And China is making an attempt at it.

Officially, China first piloted its SOE reform initiative in 2014, when two of its SOEs implemented a pilot ownership reform to allow foreign capital injection into these companies.

While foreign capital is probably a major target for this initiative, potential investments can also come from private Chinese investors and SOE employees.

China has around 113 non-financial central SOEs and 98,500 local government-owned companies. Total assets in 2014 stood at US$14.63 trillion.

The highlights of the new Chinese SOE reform initiative include:

The new governance structure involves having two new sets of operating and investment companies that channel funds to SOEs and push them toward being profit-driven. For those of you who are familiar with the operation of the Singapore sovereignty fund - these companies will behave like a bigger version of Temasek Holdings of Singapore.

As with many announcements relating to change and reform in China, some observers are pinning their hopes on a 180-degree change. Any effort by China to move towards the Western world is always welcomed - it makes doing business in and with China easier to comprehend.

With hopes set so high, it came as no surprise that disappointment hung in the air when the Chinese reform plans were unveiled last week.

To start with, mixed ownership of SOEs, while allowing foreign capital to be the largest shareholder of a SOE, does not allow majority shareholding of the enterprise.

Strategic industries such as electricity and railways or those relating to security will not be open to mixed ownership. It is expected that in the long run only 50% of all SOEs will have some degree of mixed ownership.

…and the resistance and challenges

Questions linger as to whether a Temasek-style set of companies, if created, would perform the same role for China that Temasek does for Singapore and whether it would be efficient, effective, and corruption-free. Stepping back, one can also question whether China will adopt the Temasek model at all, as some of its current administration offices would be affected - high stakes for those in great power.

Part of the reform around public-listed companies involves floating more shares to allow non-government ownership. Yet, our lessons in the last two months in the capital market suggest that this may not work, and that the Chinese government will have to buy back its ownership in these listed SOEs.

Another major aspect of the reform is related to strengthening the governance structure of the board of directors and the introduction of more market-oriented wage and human resource systems. China can look to Western practices to acquire knowledge on these aspects. The only challenge is that the broader institutional environment needs to be market-oriented for these intra-organisational systems to be feasible in the first place.

Also missing in the reform guidelines is to what extent underperforming state firms will be allowed to fail. Having this mechanism ensures that market-oriented performance yardsticks are taken seriously.

The SOE reform initiative will likely undergo a slow and somewhat painful process for the next few years. The revival of many state firms will ensure that China opens up yet another potential growth avenue, as it seeks to maintain its economic growth targets.