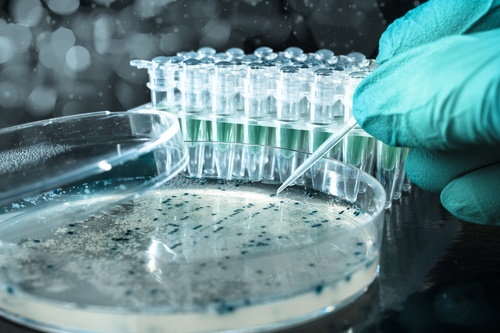 Every Thursday during fourth form, come third period, Miss Sumner would roll in the equipment trolley, laden with tripods, pipettes, Bunsen burners and volumetric flasks. Class, of course, was expected to test some simple hypothesis and judiciously record our results in the standard issue yellow lab book. More frequently however, chaos would ensue, as 30-something students played mad scientist, donned in pristine white lab coats and oversized safety goggles.

Growing bacteria on agar jelly in petri dishes was particularly memorable. It was with grotesque fascination that class discovered a swab of lip balm generated much, well, healthier bacterial growth than a swab from a bathroom door. We quickly figured out what worked and what didn’t work; what cultivated the highest bacterial growth and what didn’t. It was weird, wacky and completely wonderful. For the more queasy students, at least the experiments were confined to ten-centimetre diameter plastic dishes.

In the real world, it is impossible to know what works and what does not work all of the time. This is precisely why most real world things are tested before being produced in high quantities and released commercially. This includes everything from phones to drugs, to food products. Testing things tells you what does and does not work and what is then worth pursuing on a wider scale.

Why then, do we not approach policy in the same way?

A couple of weeks ago, The New Zealand Initiative launched its latest report, In the Zone: Creating a toolbox for regional prosperity. The report suggests allowing tailored policy reforms to be trialled first within regional special economic zones.

Think of these as policy petri dishes. Except with grown-ups doing the testing rather than fourth-formers.

Testing small policy reforms in clearly marked-out areas where they are needed most means they are much more likely to be successful. It means the risk is contained. It gives our regions a greater stake in decisions that affect their growth. It will also likely lead to much more effective policy that better reflects New Zealand’s regional diversity.

Much of the reaction to the report over the past fortnight has been very supportive. Local representatives from Queenstown Lakes, Wellington, Rotorua, Masterton and Invercargill District Councils have welcomed the proposal and the greater flexibility it could give them.

Many local councils also endorse the suggestion for policy that is better tailored for local needs.

The current policy model operates under a one-size-fits-all approach. Policy settings are applied uniformly across urban and rural New Zealand as if they were the one and the same. But this fails to recognise regional differences. The consequence is that one-size-fits-all policy disproportionately stymies growth in rural regions.

Take the West Coast, one of the country’s most mineral and resource rich regions. The West Coast has the potential to prudently develop its mineral endowments while improving environmental outcomes. This would contribute significantly to growth in the region. Unfortunately, the one-size-fits-all Resource Management Act (RMA) is a huge barrier to reaping these benefits. The RMA, through its complex consenting and appeals processes, creates a bias against mining development. This is part of the reason that New Zealand, despite mineral endowments, is so underdeveloped compared to similar countries like Australia and Norway.

The West Coast provides an ideal location for testing small changes to the RMA in favour of more sustainable resource exploration. Easing some of the policy pressures could help boost growth in the region. It could also demonstrate to other regions the possible benefits of more sustainable mining.

And it is not just rural regions that could benefit. Greater Wellington Regional Council have endorsed the proposal as an idea worth exploring. “The concept of special economic zones is one possible way to introduce more flexibility” says council chair Chris Laidlaw.

The Greater Wellington region could prove an excellent test-bed for changes to the Overseas Investment Act (OIA). New Zealand is often recognised as having one of the most restrictive investment regimes in the developed world. But much of the hostility towards overseas investment is focused on foreign ownership of iconic farmland. Wellington’s urbanisation avoids this kind of opposition. Trialling changes to the OIA within the region to provide a more attractive investment climate could do much to boost growth in Wellington.

The lack of flexibility allowed under the current model is one problem. Equipping New Zealand’s cities and regions with the necessary policy tools to pursue growth is a start. But pursuing greater growth also often means more tax revenue for central government while being a cost for local government. To make this proposal work, regions must also gain a greater stake in the financial benefits of growth.

Queenstown Lakes District Council welcomes the improved revenue sharing model suggested in the report. Council CEO Adam Feeley points out that Queenstown sees upwards of two million tourists each year, 200 times more than any other town in New Zealand. But there are only 15,000 ratepayers to fund the cost of the infrastructure. Tourism is the backbone of Queenstown’s economy and encouraging more tourism is in the region’s best interest. Changing the revenue sharing mechanism so that Queenstown get a share of the GST from increased growth could go a long way to help alleviate the costs of growth. This would enable Queenstown to invest more in infrastructure and the local economy.

The most common critique toward the report’s proposals is that local government cannot be trusted with greater responsibility and more revenue. But councils would only receive a flow of funding that is conditional on strong economic performance. Strengthening the revenue-sharing arrangement between central and local government by linking it to growth helps encourages smart decision making.

Help boost economic growth, and you will also boost your revenue.

Special economic zones for testing policy changes help route around policy problems stuck in a political logjam. This is also a potential solution for resurrecting some of the so-called zombie towns around the country. Bunsen burners and tripods may be of little use, but there is a strong case for applying the trial-and-error approach of the science lab to policy change.

Not a bad suggestion; regional economies are sufficiently different to enable the Goverment to legislate or allow local Goverments to legislate to meet local needs. The down side would be the risk of assuming because one law worked in one place it would work somewhere else too.

Sorry, totally disagree.
One country 1 law. NZ is too small to federalize.
The RMA is an effects based law which balances the benefits and costs of any development.
By implication the article wants to reduce benefits - i.e. allow further environmental degradation.
NZ needs to wait until the price of the minerals is higher so that the development is economically, environmentally and socially sustainable. Capital is otherwise better deployed elsewhere in the meantime.

Scientific method as an example of how to proceed. Or an analogy...