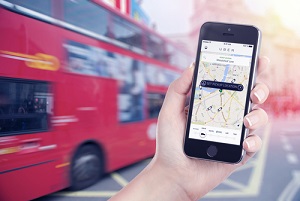 Gone are the days of ordering a taxi 20 minutes before you’d like to be picked up, unsure about how long it will take to come get you; or scrambling to gather cash, so you aren’t stung with an EFTPOS transaction fee; or watching your taxi driver like a hawk, to make sure they aren’t taking the longest route possible to get to your destination.

Having launched in New Zealand in May last year, Uber essentially connects ride-seekers with contracted drivers through its sleek online platform.

Using its GPS-based mobile phone app, you simply indicate where you’d like to be picked up from, before approving a driver, whose whereabouts you can track.

Uber then automatically deducts its pre-determined fare from your credit card, using the card details you provide when you register.

A frequent Uber user within central Auckland myself, I can vouch for the fact its prices are much lower than regular taxi providers, and the process is all-round more streamlined.

I have also only ever had impeccable service – most likely because Uber users give their drivers a publicly viewable rating.

The fact Uber drivers are contracted, so can choose when they work, also means a number of drivers only work part-time to supplement their incomes.

I’ve been driven by an Indian doctor, who owns two practises in his home town but isn’t registered to work in New Zealand; a Kiwi man who works full-time as a financial analyst and is after some additional cash; and an Iraqi man, who’s completing his PhD in computer science at Auckland University, but can't get the right job in his field.

While Uber is proving to be a dream from a consumer’s perspective, a trip to Ponsonby Road on a Saturday night illustrates how some cracks in the free-for-all system are starting to show.

The streets are physically flooded with Uber and taxi drivers, gunning for your business. The taxi drivers I’ve spoken to say Uber’s pushing them out of the market. The Uber drivers I’ve spoken to say business has become tough, as there’s been an influx of Uber drivers entering the market, yet Uber hasn’t capped the number of drivers operating at any one time.

It is for these reasons I’m pleased the Government appears to be listening to the New Zealand Taxi Federation’s plea to level the playing field, and regulate Uber and the taxi industry to the same level.

The Ministry of Transport’s proposing to remove the distinctions between taxis, private hire, shuttles, ride sharing and transport network companies, to create a single class of small passenger services, under which all operators have to abide by the same rules.

It made this suggestion yesterday in its ‘Future of small passenger services’ review, which the public have until February 12 to make submissions on.

The paper says all operators – not just taxi companies – should be required to check their drivers’ log books and ensure they don’t work for more than seven hours without taking a break.

Operators, including Uber, should also ensure all their drivers have a P endorsement on their driver’s licences, indicating they’re a “fit and proper person to drive passengers”.

Furthermore, all approved operators should have to notify the NZ Transport Agency (NZTA) of any complaints received alleging serious improper behaviour by drivers.

The paper says having a single-class would, “promote competition between service providers because rules (and associated costs to comply with them) would apply consistently across all passenger services. This would provide strong incentives for improving customer services, compared to the status quo.”

My only concern is the extent to which the Government intends to lax the existing regulations taxis have to follow, to create this single-class system.

It suggests operators essentially self-regulate, or “have strong responsibility for safety and compliance”.

For example the Ministry of Transport says the current requirement for taxis to install security cameras should be waived under some circumstances, and panic alarms no longer be required.

It explains “there are a number of other innovative and technology-based solutions that provide alternative means to help manage the risk posed to driver safety”.

The Government also wants to remove rules governing pricing. It’s proposing to stop taxi operators from registering their fares with NZTA, opting to oblige all drivers to agree the basis of their fare with their passenger before the trip.

The Ministry suggests removing requirements for drivers to be able to speak English as NZTA says few taxi drivers are tested for this requirement anyway.

It also recommends doing away with an area knowledge test in urban areas, designed to ensure drivers use the most direct route. It says, “Technology, such as GPS systems, provides alternative means to achieve the objective. Passengers are also able to use this type of technology to track the route that the driver is using.”

The paper explains greater self-regulation will save the sector money and enable NZTA to focus its compliance management efforts at the approved transport operator level, rather than on individual drivers.

It goes further saying, “Removing rules that present a barrier to new operators entering the market and provide little benefit to the sector would help to ensure an effective small passenger services market.”

I appreciate it’s high time regulation, which hasn’t been changed since the 1980s, catches up with the industry.

I just hope the Government strikes the right balance so taxis can remain safe, yet free to innovate in such a way that they can better compete with Uber.

While Uber’s seamlessness and cost-effectiveness sure are appealing, the most important thing I believe consumers want from the industry is peace of mind they’re going to get to their destination safely.

I have always felt safe using both taxis and Uber in New Zealand, so trust a regulatory revamp will keep it this way.

Self regulation protects the customers ? A big joke. Nothing has been learned from past experience, it seems. Poor NZ passengers. More reason to buy a car.

'The Ministry of Transport also suggests removing requirements for drivers to be able to speak English as the Transport Agency says few taxi drivers are tested for this requirement anyway'..

Seriously ? Winston Peters got to love this....

No English, no security cameras, no panic alarms, no knowledge of roads....and the article says that 'consumers want from the industry is peace of mind they’re going to get to their destination safely'....Ha ha. Long live peace of mind in such circumstances....Is this New Zealand or some developing country ?

Yep. You could hardly make this stuff up.

I really want to get in a cab with a guy who can't speak da lingo, doesn't have a clue how to get to the suburb that I live in, can do whatever he wants because hey there's no security camera and is too busy checking his GPS instead of keeping his eyes on the road.

I'm a neanderthal of 6'2", 100kg's and scared of very little but even I try and avoid going out after dark. I'm sure this proposed era of 'self regulation' will have every woman in the country jumping up and down that she'll have 'peace of mind' when she gets into the back of that cab at 2 in the morning.

However. Given the constant reports of (taxi) drivers being assaulted, robbed, and cheated, I take my hat off to anybody who would take a "Kiwi" as a passenger!

Interfering with the uber model is interventionist nonsense. If I want to hitch a ride with a fellow citizen and am happy to do it under the conditions agreed to via smartphone, what the heck has this got to do with the Govt! If I don't like this model, I won't use it...my choice and no ones else's business. These regs are to protect the big boys, and have absolutely nothing to do with looking out for job blogs.

So you think forming a contract via a smartphone app should allow the supplier to avoid their regulations? If I hire a builder by a smartphone app he shouldn't need to follow the building code?

Yes, that's the gist of it.

But I'm not sure that rastus has thought that far ahead.

...you mss the point. I will not be onselling my ride to anyone else (as in a home, so stupid comparison). If I want to share a ride, why should it be any one's business but my own and that other persons? The Uber app has created it's own 'regs' agreed to between the only two parties that are involved - it simply does not need the govt to poke it's nose in as a third party - especially when this third party charges for it's service and contributes zero to the service provided. If the govt regs are providing some sort of added value, then surely Uber would not survive as we would prefer to go with the govt regulated taxi's?

Regs for regs sake, corps taxis over consumer choice sums it up.

Heard comments like this before. then all hell breaks loose