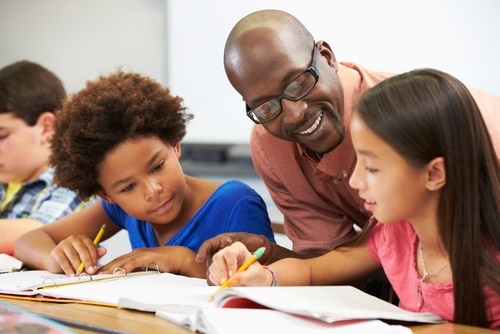 In the schooling world, the word ‘incentive’ may conjure all sorts of negative vibes. Particularly if the word implies receiving an external reward for doing something that one would otherwise do purely for intrinsic satisfaction. Yet the gold-star sticker placed in a child’s workbook; the public thank-you to a teacher for a job well done; or the letter that goes home to parents about their child’s achievements are all incentives by any other name. Logic would indicate that that these types of incentives should act as positive reinforcements for the child, the teacher and the parent to continue doing what they do.

But what if the child now thinks that the red heart is better than the gold star? What happens when the teacher no longer finds a thank-you enough? Which specific levers actually motivate individuals to do more are not always clear.

Teacher quality is as varied as is student performance but the quality of schemes to tackle the problems is as varied as the issues themselves. According to the Education Review Office (ERO), about 5% of New Zealand’s primary and secondary students attend schools that need major improvements. By contrast, more than 10% of our schools consistently demonstrate effective performance and many schools do show improvement. New Zealand has many leaders, teachers and students who are motivated to achieve. The reputation for doing well could in itself be an incentive to continue to do well. However, about a third of schools struggle to move from the lowest tier of performance despite a myriad of initiatives to address challenges.

The Investing in Educational Success scheme is New Zealand’s most recent effort to provide financial rewards to teachers. It is too early to evaluate outcomes, but if the programme were successful one would expect to see that those who are indeed effective do get rewarded but that this also acted as a nudge for others to improve their performance. In the US alone, initiatives with rewards and sanctions directly linked to student performance increased by about 40% between 2004 and 2012. But evidence about which types of schemes work for whom and for which outcomes is varied.

In a bid to better understand the impact of monetary incentives on student achievement, Harvard economist Roland Fryer and colleague in 2011 conducted a cross-city experiment in 250 schools.  Participants were paid for inputs, such as completing assignments, reading books, or for outputs such as grades and test scores.  The researchers found that rewards tied to actions that individuals felt they had control over, i.e. input, were more likely to yield positive outcomes. For example, those students who were paid for reading books, read more books than usual, compared to those students who were paid to improve their test scores. Similarly, elementary school teachers were more responsive to compensation related to reducing their absenteeism than to rewards explicitly tied to improving student scores. In fact, evidence suggested that in some schools teacher incentives may even decrease student achievement.

Fryer suggests that even though in general participants may have been motivated to perform better they were less uncertain about how to get from A to B. This may also provide insight for the declining student results. If a teacher is willing to improve but is uncertain about what works and why there is a risk that they might increase effort in doing that which was not working well in the first place and in turn adversely affect student achievement.

But given that the ultimate indicator of success in school is proficiency in basic skills, how can incentives be better structured in order to drive student outcomes?

A 2013 evaluation of a high stakes incentive scheme to drive teacher performance in US public schools provides an alternative and valuable insight. The IMPACT initiative implemented in the District of Columbia offered monetary compensation for high teacher performance and the threat of dismissal for low performance. And it seemed to have worked somewhat. The evaluation found that 30% of teachers who were rated minimally effective voluntarily left compared to only 13% of those rated effective or highly effective.

Further, the results indicate that beyond just staying in the school, those who stayed showed sustained improvement in their practice. However this was perhaps because it was tied to an even larger incentive. In the scheme, if teachers were rated highly effective two years consecutively, they would receive a permanent salary increase rather than a once-off performance bonus.

Why did IMPACT work? The scheme ensured that performance evaluations were not solely based on student test scores but were based on classroom observations, self-review, test scores as well as student learning progress during the year. But more importantly, the teachers were provided with targeted support on how to improve their practice.

The US is in many ways is different to New Zealand, but people aren’t that different. The game of designing incentives is vastly complex, even more so in schooling where the motivations of multiple stakeholders need to be considered. In this sector, it is critical to first figure out what motivates those who want to and can do better, do better. But beyond that, the incentive schemes with better results seem to be those that are complemented with the ‘how’ to do better.

*Martine Udahemuka is a research fellow at the NZ Initiative. This is the Initiative's weekly column for interest.co.nz.

The problem is that it is incredibly hard to design such a scheme that would fairly judge teacners because there is so much that affects a students learning than just the quality of teaching.

My partner is a teacher in a decile 1c school, which is the lowest we have in NZ and some of the students don't get any food at all at home, the only time they get to eat is when they come to school and get breakfast and lunch that the school provides.
With that standard of parenting, you can try to motivate a teacher all you like and you still won't be able to get those kids doing homework, and you will still struggle to get them to concentrate in class when they are still hungry despite the best efforts of the school.

Arguably teachers at my partners school would work harder and do more training than teachers at higher decile schools, but their students simply do not respond as well to teaching due to external factors that are not the fault of the teachers.