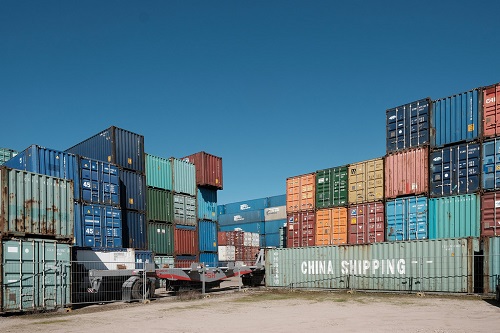 Early this year, the European Union began to engage in discussions and debates around whether it should grant China “market economy status”.

Clause 2 of Article 15 of the Protocol of China’s Accession to the WTO in 2001 covers the procedure surrounding what happens when another WTO member launches an antidumping investigation into a product imported from China. Namely, that member should not use the product’s price in China’s domestic market as a comparison, but rather the price of that product in a third country.

This discriminatory practice was put in place for fifteen years and is now up for review in 2016.

Implications of not being a market economy

Thus despite being a member of the World Trade Organization (WTO) for the last 15 years, China is still not recognised as a market economy. If it were, there would be no need to use a third country as benchmark.

The US is often chosen as the third country to which prices are compared. Given that the cost structures in China and in the US are very different, this is hardly a fair way to assess the price of equivalent products.

If dumping is found to have taken place, the importing country can impose a tariff close to the difference between the export price and the market price. This serves as a means of protecting its local industry and prevents exporters from dominating foreign markets.

The most recent case surrounding antidumping has been in the steel industry.

In 2015 alone, China produced 440 million metric tons more steel than it could consume. This is equivalent to Italy’s total production output.

By exporting the excess supply of steel at lower prices, the Chinese steel industry has been causing problems for other producers around the world.

Nonetheless, Chinese companies have been constantly slapped with antidumping tariffs that even up the playing field in foreign markets.

The European Commission, the European Union’s executive arm, will have until later this year to decide on granting China a designation that would make it much harder for major economies to argue with China over alleged dumping practices.

Nonetheless, the prospects are not great. A recent European Parliament meeting voted in a non-binding resolution against granting China market economy status. It cited job protection as a major driver of the outcome.

China is perplexed as it always assumed that this status would be granted when the 15-year probation period comes to an end.

It is also becoming a major concern that this non-market economy status is being used a convenient weapon for trade protectionism.

China has come a long way in the last thirty years to open up its economy for competition.

Its fight for trade liberalisation represents an aspiration for greater globalisation.

But it would seem that trade protectionism is starting to set foot in the trajectory. It only goes to show that many countries are still not yet ready for globalisation.

*Professor Siah Hwee Ang holds the BNZ Chair in Business in Asia at Victoria University. He writes a weekly column for interest.co.nz focused on understanding the challenges and opportunities for New Zealand in our trade with Asia.

I would have more sympathy for free trade with China if their economy was free of all the artificial inference that amounts to a huge export subsidy. How can they sell products at barely the cost of the raw ingredients that they import. I see that the USA is tightening up on this and it is high time that the rest of the world did too.

It is also becoming a major concern that this non-market economy status is being used a convenient weapon for trade protectionism.

The writer has totally misunderstood the issue. The issue is the Chinese economy is, as a matter of fact a non-market economy. To label it as something else would be an exercise in propaganda and not the truth.

* The legal system is an extension of the party.
* Governance is extremely opaque and therefore cannot be trusted.
* They are completely missing a foundation of property law needed for a free economy.

China is perplexed as it always assumed that this status would be granted when the 15-year probation period comes to an end.

I suspect this says more about China than anything else.

Absolute Bollocks , China is as far from a free market economy as my backside is from the sun .

It does not even have a free market currency for goodness sake , and everything else is either at worst rigged, secret, or at least foggy .

China runs a MERCANTILIST economy , its exports earn US $ and the workers are paid with monopoly paper money that is not feely convertible and worthless outside China .

Little wonder it has the massive US$ reserves it does , earn US $ and stash them away and pay your people with play-paper- money . Brilliant , imagine if we could all do this ?

China is also perpetuating the biggest lie of the past millennium , over-stating its growth and understating its debts , and this whole fiasco is going to crash spectacularly at some future point .

The business-legal framework is a minefield that we will never understand .

Looks like we have our first example of this:

Germany is not fooled by China's pretending their market is open:

"Sigmar Gabriel drew a distinction between open markets and what he called "a state-capitalist interventionist market", a clear reference to China, where German companies have long complained of obstacles to investment and acquiring local firms."