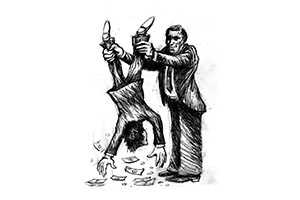 As you might expect I read Simon Swallow’s article on the new regime for the taxation of foreign superannuation scheme (“FSS”) transfers/withdrawals with interest. So, do I think the new regime and Inland Revenue’s response is fair?

There are three groups of persons affected by the rules. Firstly, those who transferred/withdrew funds before mid-2011 when the complexity of the tax treatment of FSS transfers started to become generally known.

For this first group Inland Revenue’s amnesty proposal is a bit like saying: “Yeah, sorry about that, the rules were very complicated to understand even for us, so how about we call it even and just tax 15% of the transfer. All good eh?” When you are being assessed for tax 10 or more years after the transaction, I doubt you’ll feel reasonably well disposed towards Inland Revenue.

The second group consists of persons who made a transfer or a withdrawal after mid-2011. It’s fair to say they “ought” to have known, or certainly should have been advised, that the transaction had complex tax implications.

The remainder are those who hadn’t made a transfer before 13th May 2013 (when the new rules were introduced into Parliament), but weren’t in breach of the foreign investment fund (“FIF”) rules because they were outside the FIF regime at that time. At a stroke those within this last group had the tax rules for their pension schemes changed with retrospective effect.  This doesn’t strike me as particularly fair.

Within all three groups is a subset of persons who have either transferred schemes or wish to do so, but because of a combination of factors may not be able to access the transferred funds for several years after transfer.  If they transfer a scheme they face the dilemma of paying tax on the transfer but without the means to meet that liability.

This is the group most harshly affected by the changes. In my view they are perfectly justified in complaining about unfair treatment, particularly since Parliament was warned about this possibility at the time the law was changed in 2013.

In fact, as the law stands, it’s entirely possible that someone may pay the tax on transfer but then die before being able to access the transferred funds.  Not only does this seem a particularly perverse result, it raises the question as to how the transfer should be deemed to constitute income in the first place.

On the other hand the rules applying to post 31 March 2014 transfers are more transparent and generally less complex.  Foreign superannuation schemes are now outside the FIF regime and subject to a separate set of rules.  No-one now can argue that they were unaware there would be any tax consequences from a pension transfer.  But problems remain with complexity, and the retrospective application noted above.

In response to complaints about fairness, Simon observes

“At the end of the day everyone before 1 April 2014 had an obligation to be declaring his or her holding in a UK pension while it was in the UK. ‘No one else did’ or ‘I didn’t know about it’ are not valid defences for not paying the tax.”

This sounds fine but ignores the question: “What was Inland Revenue doing to inform people of their obligations?” The answer was not very much prior to 2011.  And the evidence for that is the stat in Simon’s graphic showing 90% non-compliance.

In fact Inland Revenue knew the FIF treatment of superannuation schemes was problematic as far back as May 2006.  Page 35 of the commentary to the Taxation (Annual Rates, Savings Investment, and Miscellaneous Provisions) Bill introduced that year noted:

“Consultation with the private sector has indicated that people with Australian superannuation interests may not be complying correctly with their tax obligations under the FIF rules and, indeed, might not even be aware that they have to account for tax. This non-compliance is not unique to people with Australian superannuation interests. For those people who are aware of their tax responsibilities, determining whether they have a FIF obligation can involve high compliance costs. Although the current exemptions provide some relief from these rules, members may have difficulty in determining which exemption applies to them and what their future obligations are.” (My emphasis)

Accordingly, Inland Revenue therefore proposed exempting holders of Australian superannuation funds from the FIF regime.  Furthermore, this exemption was back dated to 1993-94 and the start of the FIF regime.

It’s a recipe for confusion to admit the application of the FIF rules to superannuation schemes is complicated and “can involve high compliance costs,” but then only grant an exemption in respect of some schemes.

In hindsight, 2006 was probably the point at which Inland Revenue should have rethought the whole tax treatment of FSS transfers. In November of that year it promised the Finance and Expenditure Select Committee it would review the issue but the matter went on the backburner (also known as the “too hard basket”) until it all blew up in mid-2011.  At the very least Inland Revenue should have done more to alert taxpayers as to their potential obligations.

Inland Revenue’s justification is that if this was allowed people would hold off transferring tax preferred foreign superannuation schemes until just prior to when they could access those funds.  In Inland Revenue’s view this would not be fair as the savings would then possibly avoid income tax entirely.

Surely that argument is also true of anyone transferring an Australian superannuation scheme into a KiwiSaver fund?  The matter of generous superannuation tax concessions is an issue in the current Australian general election.  Why exempt one type of scheme transfer but not the other?

Foreign superannuation schemes comprise savings made OUTSIDE New Zealand by non-residents.  The transfer of the funds into New Zealand is therefore an economic gain for the country.  Why should we tax such a transaction? What is the policy rationale for doing so?  Are we not effectively taxing the importation of capital?

The rules for the taxation of FSS originally stem from recommendations regarding a comparative value FIF regime made in 1988 in the same discussion document as introduced New Zealand’s controversial trust taxation regime.

“In some cases, taxation would be levied on amounts that were well beyond the income to which a taxpayer had any reasonable chance of access. Moreover, at some point, the administration and compliance costs would be excessive relative to the revenue that could be expected. [Para 1.5.6]  …

“[The proposals give] too little weight to the importance, in a tax system based on voluntary compliance, of acknowledging taxpayer perceptions of “fairness”. If the [comparative value] regime were implemented as proposed, it would encourage evasion and stretch the limits of avoidance because taxpayers would regard it as very unfair. The objective of retaining taxpayer goodwill should be kept in mind.” [Para 1.5.8]

And this points to arguably the biggest unfairness of all.  Why are FSS transfers taxable yet residential property investors can buy and sell with relative impunity, outside the “brightline” test?

It’s a pity the Consultative Committee’s prescient warnings about a FIF regime have been ignored.  The consequences are as it predicted; the law is seen as unfair resulting in a loss of taxpayer goodwill.  Inland Revenue will need to work hard to restore that goodwill.