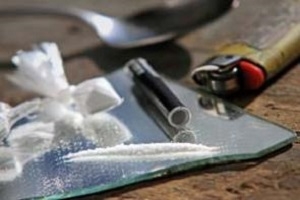 No one can dispute the need for insurance companies to make a profit. If they didn’t, then they couldn’t operate and no one would have insurance.

But what never ceases to amaze is the ability of insurance companies to change what they offer whenever the risk that they might have to pay some claims increases. Some examples are:

1. The dust had hardly settled on the tragedy of 9/11 when executives from insurance and reinsurance companies all around the world gathered to work out how they could exclude future claims for terrorism. Out of those events, driven largely by re-insurers, came a plethora of draconian exclusions to ensure that the insurance industry would not have to pay out should future terror attacks happen. This led the United States of America to legislation forcing insurers to provide certain levels of terrorism cover.

2. When the leaky home problem started costing the insurance industry in New Zealand money, they quickly drafted weather tightness exclusions so they would no longer have to pay.

3. As soon as the earthquake happened in Christchurch, New Zealand insurers rushed to exclude cover for earthquakes in that area, and some insurers even refused to provide earthquake cover south of the Waikato.

Yes, the insurance industry has now moved to limit these claims as well. While New Zealand’s homeowners are struggling to come to grips with this scourge, the insurance industry has again wiped its hands and amended its policies to severely limit cover. Most insurance policies covering rental properties now limit damage caused by manufacture to $25,000. Research and reality dictate that this is never going to be anywhere near enough in many cases. So again, once the risk that the insurance companies might need to pay out for these fortuities increases, they move to protect their profits by removing cover.

For example, it is simply not correct to assume that a contamination level above a certain amount necessarily infers manufacture rather than consumption. This is of course very important because it is the damage caused by manufacture that is limited under the insurance policies. In an episode of Fair Go on TVNZ, a highly qualified expert was very critical of the testing processes and reliance on them.

Fair Go reports: "With no standards, a voluntary guideline, no rules for how to test, how to train, no registration, no requirement to inform anyone of the results of a test unless it's testing a P lab, this is an industry where the risk people will be exploited is high."

What it means is that if you suspect your property has been contaminated with methamphetamine, do not accept the word of the assessor or so called expert appointed by the insurance company, get your own testing done by an independent laboratory.

Do not accept either that a particular level of contamination necessarily proves manufacture. It may simply mean that there was significant consumption in a particular area.

The insurance industry may be attempting to maintain its profits by excluding yet another common problem. But if it wants to do so, it should do in reliance on reliable science, and not what appears to be unreliable and at times speculative industry.

See this story for more on what you can do to avoid meth-ridden properties burning holes in your pockets.

Insurance policies are now made up of 1 page of what is covered and 19 pages of whats not covered.
Only going to get worse.

Called AMI today. Max cover to $25k for contamination or damage. Pretty much zero advice available. They simply referred me to the policy wording. No testing required between or during tenancies.

Average houses are insured anywhere around $500k for full replacement value. If there is a serious contamination $25k will not go far. Or worse if the house is a total write-off the owner will have to stump up $475k!

What use is the insurance when they won't provide cover for one of the biggest risks? You can rigorously screen tenants but we all know meth users come from all walks of life. Those meth alarms are expensive and seem ineffective. You'd need one in every room for it to be reliable. The industry that "fixes" the problems is totally unregulated. There is a sea of misinformation.

Meth certainly seems like one of, if not the biggest risk to being a landlord. What is the solution?

There is a house up for sale in Christchurch with a reported meth contamination in one room. What would you pay for the house/section - land value and no more....

Landlords and homeowners shouldn't easily buy into "your house is contaminated" scam.

In most cases people shouldn't be worry unless the house was used as a proper p-lab (manufacturing). Some of these so call meth testing companies/experts are here to make the problem bigger than they really are to scare people because there is easy money to be made from “cleaning” the house.

• Some everyday household cleaning products that we use to wipe around your home can potentially return a positive “p” test result from a swipe test. So can some synthetic fertiliser in your garage, ammonia products that you use for cleaning….etc

• Make sure the testing sample they collect from your property is the same sample that the testing lab receives. How can you be sure? Hence why get your own testing done by an independent laboratory as mentioned in this article.

• Meth dissolves in water, it washes away even if you got it on your cloth.

• P can be everywhere and has been for a long time. Should we be testing all the used cars? That beautiful car you bought from the car dealer yesterday, have you been feeling sick driving it? Does the car smell?! How about that used bed/furniture you’ve just purchased off trademe last week? You should test those too?

• Should we start testing all Hotel/Motel/Holiday/student accommodations after each stay? Peoples been partying and smoking p all night before you and your family checks in the next morning.

• There is a huge difference between recreational p use and p manufacturing in a property.

• Contractor smokes P while painting a new house and the house is contaminated because “P” was detected on the interior walls and ceilings? The house is brand new and in a new high-end subdivision. Does the house require decontemination? (true story)

If you own a “Meth testing/cleaning” company, can you honestly say to people, yes the house is now cleaned and safe to live in? I wouldn’t want to guarantee it and be responsible "except" if I know there weren't any problem in the first place........

This issue has been over exaggerated and many landlords and homeowners have been badly ripped off by these scam artists.

Damp and mouldy houses are the worse problem.

Good post Kev. I read that in the States they just wash down P contaminated house with soap and water and then there good to go again.
A friend recently did this with his contaminated rental and after second scrub down the house passed the P test.
If 50% of rentals are contaminated as claimed where are all the sick People?

I agree, excellent post Kev. I'd add lead to your list of more important things to worry about as well.

Methamphetamine's been manufactured and used in New Zealand since 1979, and possibly earlier. It became a mainstream drug of choice 20 years ago. But for some mysterious reason there was no hysteria about contamination from use until commercial testing companies saw an opportunity. It isn't a good thing, but unless there was a long-term lab there's no need to flip out. If low-level contamination caused all the problems that these companies claim, then how is it that clanlabs have operated in apartment buildings or suburbia for years at a time without anybody noticing?

I think there definitely is a major meth scare industry
I'd be far more worried about cigarette contamination, mould, damp and borer.
Cigarette residue has thousands of carcinogens.
Mould causes all sorts of allergies.
I've done a fairly extensive Google search and there are no scientific studies on the health effects of meth contamination; just a whole lot of assertions.

Do they have the decency to reduce their premiums when they make exclusions?

Are you serious? it is like in life or income protection insurance where you have exclusion for depression and on top of that premium loading ... In other words, if you can't work for a while because of depression or anything related to it (and pretty much everything can relate to it) you won't be covered, but at the same time you are paying higher premium for the condition they don't cover?!

Is it legal I don't know, is it moral ... I wouldn't waste my time answering that!

So landlords will freely let a property that has been used to sell/make drugs but you can't rent a unitt in Wellington if you own a cat. Go figure...

Wonder how much house insurance would cost if it still covered all the things Andrew is suggesting should never have been restricted. I'm paying over $1500 for a pretty standard house already. Hate to think