Insurance Council hits back at insurance lawyer for making 'outlandish' comparisons between meth damage, 9/11, the Canterbury earthquakes and leaky homes

Insurance Council hits back at insurance lawyer for making 'outlandish' comparisons between meth damage, 9/11, the Canterbury earthquakes and leaky homes
14th Jul 16, 10:24am
by Tim Grafton 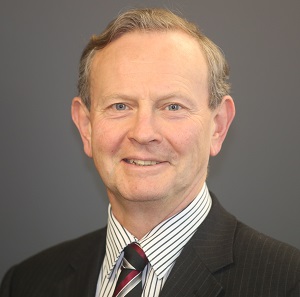 Andrew Hooker’s recent opinion piece on how insurers were in his view responding to providing cover for meth damage made outlandish and sweeping comparisons with 9/11, the Canterbury earthquakes and the weather-tightness crisis.

It is in Mr Hooker’s interests to sketch a poor picture of insurers as solely obsessed, as he put it, with trying to “maintain its profits by excluding yet another common problem.” After all, he makes his living by inviting those aggrieved with insurers to pay for his advice.

There are though many people who take out insurance who are very satisfied with their insurer. Perhaps not surprising since about 90% of common accident claims are paid and promptly too. These are the people we should spare a thought for and ensure as far as possible that premiums are kept at an affordable level.

The purpose of insurance is to cover loss for sudden and unforeseen events. To maintain premiums at an affordable level, insurers must manage the risks they take on with skill and due care. Insurers and reinsurers have obligations to policyholders to ensure that their solvency remains intact so that claims can be paid and cover maintained for future claims, even after massive natural disasters. Mr Hooker doesn’t seem to understand this, in spite of the fact that he spent many years as part of the executive of a large general insurer.

Weather-tightness is another problem that had the potential to threaten the solvency of insurers. The extent of the problem was not immediately known and insurers had to make a call to either price in margins for uncertainty to continue to offer cover, or to exclude cover and continue to offer affordable premiums for all other risks. Insurance drives behaviour, so by excluding weather-tightness issues, insurers brought their influence to bear on the building industry to confront the problems and change building standards to prevent future losses.

When the earthquakes struck Canterbury, private insurers maintained cover for residents which enabled them to also obtain cover from EQC. Despite what will cost private insurers over $20 billion in pay-outs, the equivalent of several decades of premiums, insurers stood their ground and maintained cover for existing customers. True, they didn’t take on new risks there, but who in their right mind would? Over 98% of people were insured and continued to maintain their cover.

Yes, one insurer did withdraw commercial building cover for the lower North Island and Canterbury. In the face of much uncertainty they chose to review their risk profile. Others didn’t – that’s how the market operates.

So, to meth damage, an altogether less costly business by comparison, but significant nonetheless. It is another area where there is a great deal of uncertainty in play with one expert challenging another about the risks posed and remedies required. The Insurance Council has joined an expert group that is looking at what standards should apply, so we can all get clarity and certainty.

In the meantime, though, uncertainty remains. We do not know the extent of the problem or the costs. It is difficult to model the costs to help inform actuarial assessments that help set premiums. So, insurers will take a cautious approach to the cover they will write and place limits on the exposure. To do otherwise, would require pricing in margins for uncertainty, a cost that would be borne by all homeowners. How fair would that be?

Even so, some insurers are still providing cover for meth damage. But as with any risk, it is never simply a matter of transferring it to someone else, there is an obligation we have to ourselves to avoid risks if we can. Due diligence and inspection of a house may avoid the pitfall of purchasing one that has been contaminated.

Can't help but be fairly cynical about this response. Insurers can be patently seen to be profiteering from the market. Their own behaviour indicates this. Perhaps they should go back to basics and consider the principles on which their industry is based, rather than the profit driven model it currently is.

Cry me a river.

You dont like Hooker because he has a track record of taking on your members and winning.

Let's be frank, the purpose of insurance is not " to cover loss for sudden and unforeseen events". What the purpose of insurance is is to provide a profit for those offering it. If not, it would not exist. There is no altruistic motive and while popular as it plays on fear, it is not a necessity.
Obviously there are things which you may be compelled conditionally to insure under certain circumstances, such as mortgaged property or motor vehicles, but this is also not a necessity.
The term "self insured" has been coined for those who wish to avoid the expense and accept their own risk.
But there is always tipping point where cost of insurance is simply not justifiable, you would be just as well to accept the risk than pay more in premiums than you will receive in a payout.
For example, try to insure a $3000 car for a teenager and you find out how pleasant the nice folk in the insurance business are. They will spout untold drivel but the truth is " this is a huge profit centre for us, because we can".
They have hard road to convince us that they do not under-deliver on what they oversold.

Two sides to every coin

Public expectations of what insurance should deliver seems to differ with insurance terms & conditions. The problem is that no-one reads the fine print because of difficulty to compare between insurers and the take-it-or-leave-it style of direct products. Harsh conditions such as some exclusions just exacerbate this problem. The only real solutions I can see is buying cover through a broker (who has some negotiating power) or buying non-standard cover such as crowdfunding cover.