Julie Ann Genter says, while the Paris agreement is not perfect, but it does constitute a global political mandate for action on climate change, and signals the end of the fossil fuel era sometime in the coming decades

Julie Ann Genter says, while the Paris agreement is not perfect, but it does constitute a global political mandate for action on climate change, and signals the end of the fossil fuel era sometime in the coming decades
16th Jul 16, 9:02am
by Guest 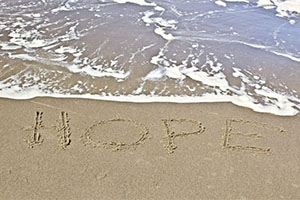 The outcome of the COP21 climate talks in Paris last December was important and encouraging. It was the 21st annual United Nations meeting to discuss climate change and agree on what countries will do to avert the worst. A great deal of work went into preparing this meeting, as did a significant amount of civil society campaigning to influence world leaders, because it was the best chance to secure a meaningful framework for action post-2020.

The most significant COP (conference of parties) previous to this meeting was in Copenhagen in 2009, which aimed to secure an agreement on a post-Kyoto framework (the Kyoto Protocol was a commitment from a number of developed countries to reduce their greenhouse gas emissions between the period of 2008-2012). Copenhagen was widely considered a failure, and did not deliver a binding commitment to reduce emissions, though countries (including China and the USA) did nominally agree to limit warming to 2°C. The UN process is time consuming and difficult because it relies on achieving consensus between a large number of very diverse countries, arguably all of which are under pressure to protect their national interests.

The Paris agreement was positive in a number of ways. For the first time ever, all the countries in the world agreed to limit warming to well below 2°C, and indeed to aim for no more than 1.5°C warming above pre-industrial levels. This is significant because it means that the global discussion has now moved on from whether we should do something about climate change, and from now will focus on how we will reduce greenhouse gases. The addition of 1.5°C in the text was somewhat of a last-minute surprise, which resulted from effective campaigning and lobbying from Pacific Islands and other low-lying states that will struggle to survive with more than 1.5°C warming.

Secondly, the bulk of the agreement is legally binding, meaning countries are required to keep to the climate action they committed to in their nationally determined contribution. Unfortunately, there are still “flexible” decisions, which mean some of the specifics around climate action are not binding. Also, the commitments in those nationally determined contributions pledged by countries this year will not limit warming to anywhere near the agreed level of well below 2°C. Fortunately, the agreement includes a ratchet and review process, requiring emissions reduction targets to be increased every five years by way of a “global stocktake”. The first “facilitative dialogue” on this process will take place in 2018, which involve assessments of how countries are doing in reaching their long-term temperature goals. The first global stocktake will take place in 2023, where countries will be required to improve on their climate targets.

Another positive aspect of the agreement is that it includes a specific article addressing carbon neutrality, which urges countries to peak on their greenhouse gas emissions as soon as possible  so that we are able to achieve a “balance” between emissions and carbon sinks in the second half of the century. There is unfortunately not an explicit time limit of 2050 for eradicating fossil fuels, but the carbon neutrality article is a good indicator that countries and companies should be investing in renewables.

For our initial nationally determined contribution, the New Zealand Government pledged in 2015 to reduce greenhouse gas emissions by 30% on 2005 levels by 2030. This is effectively an 11% reduction on 1990 levels. The Paris agreement means we are required to make this reduction, but not only that, to increase our commitment to reduce emissions in future stocktakes. Keeping warming to 1.5°C will mean drastic cuts in pollution and big investment in carbon neutral technology and infrastructure from 2017.

A recently published Ministry for the Environment report shows that our emissions are forecast to increase by 33% in 2030 – this is the opposite of what the Government has recently committed to do. New Zealand pushed hard during the Paris negotiations to include carbon trading in the agreement, which was successful. Presumably the Government intends to meet our target by purchasing carbon credits from off shore – but this will not be possible forever and has the potential to be very expensive if the rest of the world starts putting a meaningful price on carbon pollution.

New Zealand has the potential to drastically cut emissions from energy if the right policies are introduced to facilitate a switch to clean transport, improve energy efficiency of buildings and industry, and increase renewable electricity generation. We also have the ability to incentivise more forest (particularly native and permanent) planting, and dis-incentivise environmentally-harmful intensive agriculture. Such policies have the potential to be enormously economically beneficial, as well as reducing pollution, which is necessary to ensure that we play our part in limiting warming to 1.5°C. For example, transport policies aimed at replacing short car journeys in towns and cities with walking and cycling trips will reduce infrastructure costs, reduce household transport bills, reduce congestion, and improve health, in addition to reducing greenhouse gases. Similar co-benefits can be found in policies across a range of sectors. Some ideas include:

The Paris agreement is not perfect, but it does constitute a global political mandate for action on climate change, and signals the end of the fossil fuel era sometime in the coming decades. With the rapid acceleration in technological developments, there is truly the potential to avert catastrophic warming, and to increase human well-being in the medium and long term. New Zealand is somewhat behind on adopting policies, infrastructure and technology that will reduce greenhouse gas emissions. It’s not impossible to catch up, but we need urgent action from our political leaders in the next year to ensure we are not left behind in the green race.

Julie Anne Genter is a member of the New Zealand Parliament and the Green Party's spokesperson for Finance and Transport. This article was first published on AUT's Briefing Papers series. It is here with permission.

The government of NZ is fully committed to raising the global atmospheric carbon dioxide level: all so-called pledges made recently to reduce emissions are just meaningless drivel, as were all previous pledges made by a succession of governments over the past 20 years that resulted in the huge increase in NZ emissions..

Actions speak louder than words, and all the actions of the government indicate a complete disregard for sustainability, as the government promotes (or quietly sanctions) more roads, bigger roads, more houses, more shopping malls, more airport extensions, more tourism, more concrete, more asphalt, and more consumption of practically everything, including industrially-produced food. I believe the prospect of a total reversal of current policies is exactly zero. Far more likely is a continuation of the utter madness currently witnessed......until a global financial crisis or energy depletion 'derails the runaway train'.

Sadly. every piece of data indicates the horse has already bolted and it is too late to prevent runaway greenhouse:

We will certainly breach the so-called safe level of 450 ppm well before 2030.

If any government over the past 20 years had ever been serious about protecting the future we would already have seen a zero population growth strategy, closure of drive-through takeaway outlets, heavy taxation of non-essential items, banning of motor racing and the like, pulling the plug on corporatized sport, much heavier taxation on fuel, considerably reduced speed limits etc.

Local contamination of the environment aside, the future of the Earth will almost certainly be determined by the pace at which China and India increase their consumption of coal and oil, and the military conflict which will inevitably be necessary for those countries to acquire sufficient oil to keep their Ponzi schemes going.

It is not possible to operate a global industrial civilisation without consuming vast quantities of fossil fuels, and carbon neutrality within the context of present arrangements is an utter delusion.

Unless there is a dramatic reduction in the worlds population (watch closely the Middle East, Russia/NATO(USA), Africa, India/Pakistan) then it's just far too late to do anything that will STOP whats coming...
The only possible projections that are even remotely possible are based on "star trek" technology that has not even been invented yet...

The only question, left, is how fast the changes will occur...

Will it be abrupt climate change? or just a steady increase.

For something lighter (as it won't be our generation that has the problem anyhow; so who cares)...
Fox news refused to Air the ad.
https://youtu.be/CIOuOAetZq4