The Morgan Foundation's Jess Berentson-Shaw looks in detail at the MBIE Child Poverty report to separate the trends and facts from the political claims made by others over it's data
18th Sep 16, 7:12am by Guest 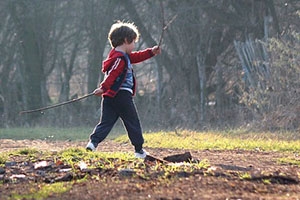 Last week the Ministry of Social Development annual reports on the incomes and material wellbeing of New Zealanders were released.

The left say ‘more children are poor’ (pretty unclear really) the right say ‘fewer people are poor or at least it is not getting worse’ (how being at a standstill on this is a good thing I will never know).

Outside the echo chamber of Wellington the public is left thinking ‘yeah but really are there poor kids and what can you do anyway’? And again the critical action is not taken to ensure all children thrive.

If children were plants in the tropical rainforest garden of Aotearoa then some plants are getting little or no attention and care.

The measures- we need more than one

We have previously discussed the pros and cons of the various measures we use in New Zealand to figure out whether people, families, children have enough (whether that be enough income or wealth, or too much debt etc) to fully participate in New Zealand society, but lets go over it again!

We have income measures – relative and fixed, in which ‘income poverty’ is set at various points based on the current median household incomes (not the mean). Families that fall below these lines are considered ‘income poor’. We can use the relative measure to see that this year there are for example 295,000 children who are living with an income that is below 60% of median income. To put that in context the median household disposable income (so after we account for all taxes and remove housing costs) last year was $56,400 – this is for all types of households and 60% of that is $33,840. The relative measure is good for seeing whether the incomes of children living below this line are getting closer or further away from the median (so for those families on low incomes are their incomes getting lower?), but it does not say that all these children are ‘failing to thrive’ and it does not tell us about the pattern over time.

The fixed income measure tells us what has happened over time, has that group on low incomes got bigger or smaller. The fixed measure can help us see what if any impact economic conditions and more importantly government social policy is having on incomes.

Then we have all the material measures. So these measure what families can afford to buy and what they can afford to do with their children. We have a load of these, some specific to New Zealand and some good for international comparisons. The EU-13 measure for instance tells us how many of 13 basic items that families need to survive, are children missing out on. Food, shoes, warm house, being free from late bills, the ability to holiday away from home for 1 week a year, computer and internet access etc. These items of course are relative as well, because what we think is critical for survival in New Zealand society today is going to differ in 10 years.

We have combined measures where both income and material measures are put together to give us a “severe poverty’ measure.

It would be ideal to include wealth measures too, but we have a shocking lack of wealth measures that we collect regularly, which is just plain out silly. Whether we own a house outright, what our health costs are, debt, investments, money in the bank all have a bearing on how well or not a family is coping.

Business as usual for the poor in 2016

So the new report tells us that for low income families and children in New Zealand their opportunities are staying low. They are not getting considerably worse, but there are large numbers of kids are not getting some of the necessary care to help them thrive. In other words, we are consistently doing a poor job at giving all plants in our garden a chance to flower.

Deregulation and the mother of all budgets meant a group of children in New Zealand stopped getting what they needed to thrive, and they never got it back. We helped some families in the 2000’s with Working for Families, but given that was extra ‘water’ was for the middle low group, the poorest of the poor stayed in the barren and unfertilised soil in the shady part of the garden, and the imbalance between low income children and other children got worse.

Here is one figure that shows the pattern of low incomes in children since the 1980’s. The graph shows a bunch of different measures, but the main thing we are looking at here is the trend – notably the steep rise in the 1990s when the “Mother of All Budgets” was unleashed and families disproportionality affected by the deregulation of the New Zealand economy had their safety nets shredded. At this time market rents on state houses were also introduced. There has been some bouncing around since then, the introduction of Working for Families in the early 2000’s improving things for those who were less poor (i.e. two parents and working) and then we see a rise again with the Global Financial Crisis.

Below is another figure; this time it measures material hardship. The interesting thing to note about this graph is the over 65’s saw no worsening in their hardship rates during the Global Financial Crisis while the children did (could that be because of the universal benefit we call superannuation?). So children are now back to what they were pre GFC. Whoopee! (not really).

While Government increased benefits slightly in the 2015 Budget, hardship rates have not moved. That could be because beneficiary families are actually not getting that $25 in the hand or because it is just not significant enough for very poor families to address the financial stressors in their lives or because the other conditions place on them to get the money don’t create a net gain or improve their lives.

So what to do?

In New Zealand having money (income, wealth, being free from debt) is the most important thing that gives children the chance to thrive. To be healthy and to be successful. These children have a supercharged opportunity to bloom.

Children on low incomes don’t get that same opportunity. Sure other things matter, but money matters most.

As we will discuss in detail in our book on this issue (due out early next year!), children born of the same innate ability in New Zealand will bloom or not according to how well off their parents are. We are hardly the land where everyone gets a fair go.

Yet most New Zealanders want this future. They want us to be bold, brave and support all children and families. And it can be done. It is humanly possible.

Low-income parents are working hard to give their kids a shot. We can ensure effort comes to fruition

Those on low incomes are neither helpless or hopeless.

Many work, harder than most of us (two jobs often).

They love their kids deeply and want the best for them. What that best looks like for them may differ from what it looks like for you, but the intent, the effort, the desire for children to thrive is the same.

So these parents need support to ensure their hard work leads to great outcomes for their kids too.

The best way to do this? More money of course! And oh, we also probably need to fix the housing crisis.

You can read Bryan Perry’s excellent and thorough reports on trends in household incomes material wellbeing in New Zealand here.

Dr Jess Berentson-Shaw is a science researcher working for the Morgan Foundation. She holds a PhD in Health Psychology from Victoria University.. This article is here with permission and first appeared here.