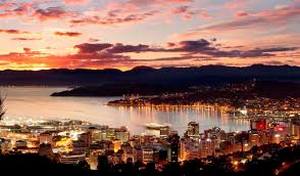 If rising house prices are not enough to make Wellington residents feel better about themselves, a recent article about the city’s vibrant economy and culture should do the trick.

The article, published by the Huffington Post’s Australian site, told how a drab public service town turned itself into a thriving nexus of technology, creative arts, and cosmopolitan lifestyles. For residents of the city it is probably more of a case of how Welly got her groove back, particularly as it was not that long ago that Prime Minister John Key described the city as “dying”.

This revival is borne out in the numbers. In the year ending March 2015, the Wellington Region’s economy grew at a pace of 3.7%, which some commentators expect to pick up further in the coming years.

In addition, a recent survey showed that firms in the city were more optimistic about the local economy and their prospects within it than that of the national economy, where sentiment had turned pessimistic.

For many regions and cities elsewhere in New Zealand that are struggling to kick start their local economies it may be tempting to look at the Wellington recipe and try to duplicate it. If Wellington can do it, why can’t Whangarei, Greymouth or Napier?

As tempting as it is, this kind of cargo cult thinking should be avoided. In fact, the best advice is for cities is to focus on the basics instead of chasing the fancy.

The reason for this is that the ingredients that were key to Wellington’s recent revival are unique to Wellington. As the article makes clear, one of the pivotal events that gave rise to Wellington’s booming movie industry was Peter Jackson’s decision to base his business in the city. Likewise, Xero chose to locate its headquarters in Wellington because of the local talent pool. Short of cloning Peter Jackson and Xero founder Rod Drury, duplicating Wellington’s formula for success is all but impossible.

Not that this has ever stopped struggling cities and regions from trying. The history of regional economic development is characterised by cities peering over the fence at their successful neighbours and trying to copy their formula for success.

In the 1960s the economic development fad was to court strategic industries with tax breaks, infrastructure development and cheap loans. The result was large industrial complexes that may have created jobs in the short-term, but produced very little economic growth.

The next great fad was high-tech industrial parks, and after that was the pursuit of clusters in the 1980s. Some of these initiatives succeeded, but many more did not. Again the underlying conditions that had made the model examples successful could not be duplicated.

One of the most overlooked factors is location. Sure, this can be narrowed by increasing the number of connections a city has to other parts of the world, but no amount of money is going to make New Zealand physically closer to major markets.

Today’s economic development fad is liveability. This is based on the thinking that if we make our cities great places to live then talent will want to move there. And New Zealand’s major cities are chasing this fad in a big way. Auckland wants to be the “world’s most liveable city”, Wellington wants to create “Australasia’s most prosperous, vibrant, and liveable region”, and Christchurch wants to be recognised as “the best place for business, work, study and living in Australasia”.

Unfortunately, the history of local economic development suggests city officials have causality the wrong way round. Talented technology and creative types don’t work in Wellington because the city has craft beers, arts and mountain biking. It is rather the case that the city has these things because talented types work in the city, and these are interests that they like to pursue in their spare time.

This is not to say that local government shouldn’t pursue their economic development strategies. Or that building mountain bike trails and encouraging a café culture should be stopped. Only that the economic development focus needs to fall on those activities that deliver the biggest bang for buck. The areas where the bang is biggest are unfortunately the ones that are most often overlooked. This is mainly local taxes and regulatory efficiency. Ironically, these are areas where local officials have the most experience and control. Ensuring building consents are issued quickly, business licensing (where applicable) is simple and efficient, and that taxes are kept low is likely to make a greater impact to the local economy than chasing the next economic growth fad.

Even pursuing this strategy is no guarantee of success. The inputs and output of local economies extend well beyond taxes and regulatory efficiency. But at least these are areas where local government has experience and it is able to meaningfully influence the outcome. And the results are known. Far better that than chasing unproven economic development fads.

*Jason Krupp is a Research Fellow at The New Zealand Initiative, which provides a fortnightly column for interest.co.nz.

Back to basics? It's not really that simple.

To create growth they need to
a) Create new business (and retain them), or
b) encourage existing business to relocate.

However, creating new business isn't as easy as everyone makes out. You can't magically give people ideas to develop into viable, profitable business. They have to come up with that themselves. Whether those people live in your region or not, is luck and probability. A higher population will lead to more ideas.

That means the regions need to find a way to encourage business, to relocate and stay in the region. All of the above mentioned fads, were designed to do just that. They just didn't work.

People generally wont move to a city for craft beer, art Galleries, or annual/one-off events (i.e. the Wgtn, Akld, Chch approach.) - they can visit them as a tourist.

Local govt should just stick to core infrastructure. Make sure the cities function as expected. Transport links, housing, zoning, parking, functional CBD, etc... That is what makes a city liveable.

'Local govt should just stick to core infrastructure' - totally agree. Most LG types couldn't find their ass with both hands, and their attitude to business is that of a farmer to the coos - something to milk for all it's worth. So getting them involved in the business-building aspect of urban life is quixotic to say the least.

The LG Act 2002 - see below - sets out the current purpose, but you will still find numerous examples of LG bods quoting the 'four well-beings', under which any human activity under the sun can be slotted. The existence of such carte blanche from 2002 to 2012 is one of the prime reasons LG expenditure is so skewed - once soft spend - lots of warm bodies, close to zero observable impact - gets built into budgets it would take a mass extinction event to unextract it. The continued quotation of the old purpose is clear evidence of the depth of this entrenched culture.

The current LG 'purpose' is simple and to the point: