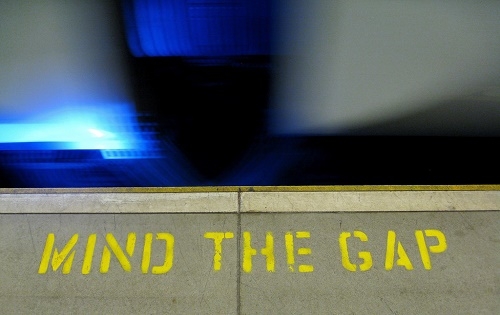 During TVNZ’s Breakfast’s recent story on tradies offering cash “discounts”, Inland Revenue’s Andrew Stott was asked about the size of the hidden economy, or the “tax gap”. He replied it could involve “hundreds of millions” of dollars, before conceding it was a “big problem”

We don’t know. Or as a Treasury report put it in January 2013, “There are no reliable estimates of the size of the tax gap in New Zealand.”

“broadly the difference between the tax revenue collected and that which would be expected to be collected in the absence of any evasion or late payment.” It therefore encompasses not just deliberate tax evasion as in the hidden economy but also aggressive tax planning and non-compliance through ignorance."

But if measuring the tax gap is difficult, this doesn’t stop an increasing number of tax authorities from attempting to do so. The Canada Revenue Authority’s first estimate of its tax gap in relation to GST put it at 5.6% of collections.

Across the Ditch, the Australian Tax Office’s has been publishing tax gap estimates for GST and luxury car tax since 2012, and estimates its GST tax gap as 4.9% of collections.

HM Revenue and Customs (HMRC) in the United Kingdom probably has the most comprehensive and sophisticated tax gap analysis at present. It’s been estimating its tax gap since 2000 and has been publishing annual reports since 2009. Its latest report estimates the British tax gap at £34 billion annually or about 6.4% of total theoretical tax liabilities. The tax gap for VAT, the British equivalent of GST, was the highest of all taxes measured at 11.1%.

So what’s Inland Revenue doing about the tax gap? Not as much as perhaps it should. At the moment Inland Revenue doesn’t publish estimates of New Zealand’s tax gap and a search of its 2015 annual report found no mention of the term.

(Similarly, none of Inland Revenue’s Briefings to Incoming Ministers of Revenue between 2008 and 2015 contain any specific reference to the tax gap and also say very little about the hidden economy).

Although determining the tax gap might not be a specific priority for Inland Revenue, the hidden economy is one of its key focus areas. In the year to 30 June 2015 it identified discrepancies of $146 million in the sector and its investigation activities in countering aggressive tax planning yielded $336.9 million (including $191.1 million from examining complex finance and trust losses).

With the current building boom in Auckland and Christchurch, Inland Revenue has plenty of targets.

The Breakfast story revealed that 50% of the tradies working on house renovations for a TVNZ reporter offered “discounts” for cash without prompting from the reporter. This was for work with a value of between $10,000 and $18,000. As Mr Stott acknowledged Inland Revenue investigators have seen similar amounts.

In the subsequent “Breakfast Club” panel discussion several participants admitted to paying tradies cash for minor repairs and renovations. No-one on the panel seemed particularly concerned about this.

Similarly, although Andrew Stott pointed out the risks of making cash payments, 70% of the nearly 4,000 respondents to a TVNZ Facebook poll saw no problem with tradies doing “cash jobs” that they don’t declare for tax.

A few hundred dollars here or there paid to tradies doesn’t seem like much. Although most people use eftpos when purchasing from cafes, dairies or restaurants, they probably think little of it if a cash sale is not rung through the till.

But the hidden economy isn’t just the building and hospitality sectors. It includes any industry where cash is frequently used such as the scrap metal industry and also the myriad of micro-businesses carrying out service activities who do not register for GST. (Unofficially, maybe 15% of all contractors do not fully comply with their income tax and GST obligations). Then there’s illegal activities such as the drug trade and trading in stolen goods such as cigarettes. (Just because an activity is illegal doesn’t exempt it from tax, as Al Capone found out to his cost).

All this adds up to a much bigger tax gap than most people realise. After noting the lack of “reliable estimates” Treasury concluded in its January 2013 report to the Long Term Fiscal External Panel:

“A reasonable general order of magnitude for the tax gap across OECD countries would be 5 to 20 percent of total tax collections. This implies a tax gap for New Zealand of around $3-11bn. We expect New Zealand to be at the lower end of this general range owing to our general broad-base, low-rate tax settings, significant reliance on indirect taxes, and low levels of corruption – all things that are thought to be correlated with a smaller tax gap.“

This seems a dangerously complacent view. Anecdotal evidence such as the TVNZ Facebook poll points to taxpayers having a somewhat “relaxed” view about accepting cash “discounts” from tradies. (On the other hand quite a few Facebook commenters also expressed dissatisfaction about multinationals not paying their fair share). In any case, even if the tax gap is at the lower end of Treasury’s estimate, $3 billion (in 2012 dollars) is hardly loose change.

But on the basis of the maxim “What gets measured, gets managed”, maybe it’s time Inland Revenue and Treasury looked more closely at the tax gap.

Such an investment would seem very worthwhile given that Inland Revenue’s return on investment during the 2014-15 year was $5.21 for every dollar invested into investigating the hidden economy and $34.10 for each dollar spent countering aggressive tax planning.

Furthermore, once the tax gap is more accurately measured then Inland Revenue can use the data to promote awareness and better compliance. My impression is that most people greatly underestimate the size of the cash economy and this then colours their attitude towards accepting cash “discounts”. A wider education programme could change this attitude.

Accordingly, I believe Inland Revenue should, like HMRC, report annually on the size of the tax gap and the measures it’s taken to reduce that gap. It would be a good step towards encouraging voluntary compliance and promoting support for the integrity of the tax system. Otherwise, it’s naïve to think that if managing and closing the tax gap isn’t seen as a major priority for Inland Revenue, the less scrupulous won’t try and take advantage.

Who would have thought that putting GST up would encourage cash transactions?

Interesting about the estimated range of loss to the tax system.
Say a discount of $100 is given. However that $100 is still available to spend on taxed goods.
Thus only a part of the tax is lost. It may still be substantial but not all has escaped the net.
The question is what proportion of the lost tax is never recovered.

And the fact that income tax was presumably paid on that $100 before it was handed over.

Terry, you need to consider velocity, and the net rather than gross effect of the tax gap. This is where profits disappearing offshore through corporate policy do the most damage.

..don't forget some of the re-spend will also be on untaxed goods and the 'avoidor' will get also an increased rate of benefit and/or wff payments. Thus the loss to the tp may be even higher than considered here.

Property speculators earn billions in untaxed income, and live an extravagant lifestyle. That's the hidden economy, and these same speculators are the only ones who have the cash to pay tradies, everyone else is too broke, because housing is so expensive.

Excellent article. Key words and phrases used are: 'dangerously complacent', 'no-one on the panel seemed particularly concerned about this', 'naive' and 'relaxed'.
Chances of the IRD being funded properly to estimate the tax gap and then take effective action - zilch.

The cash economy is vital, destroy it at your peril. Who is to say that the next Mainfreight or Microsoft isn't going to start, as it often does, from the guy doing cashies on the weekend.
What really is the significant taxable (excluding criminal activity, illicit drugs and sex industry) component? I would be surprised if it's even 1 billion, say $500 per household per year, even double that and the missed tax would be 0.7% of the total tax take or 0.2% of GDP. Nothing, in other words, in relation to the speculators and multinationals getting off scot free.

Cashies are tax evasion plain and simple. The biggest issue is the legal avoidance. Big multinationals work to the rules but still pay little tax in New Zealand. It's plainly wrong.
I don't know of an effective way to counter transfer pricing by these guys. It can be very sophisticated. Add to that the complexity of the internet businesses, who often can demonstrate no New Zealand infrastructure, but still have considerable cash flowing to them, out of the New Zealand. I see it as a New Zealand business.
The government reliance in co-operative measures with other countries is naive to the point of embarrassment. Some of those countries will do deals with the multinationals to thwart our tax base. (the Apple deal with Ireland actually impacts here in New Zealand.
Only thing I can see to do is set a transaction tax on money flowing out of the border. Say 15%. Yes it would impact on the import of fuel, goods and my travel. But it would catch everything - everything in a fair way.

First consider this anecdote from the principal of a motor vehicle service business - he had an instance where a customer brought their car in for repair - one of the mechanics did the repair. Customer picked up the car, took it away but was back the next day. Not fixed. Tried again. Still not fixed. After 4 return visits, the boss spoke to the mechanic and told him that at current costs for the repeats, he the principal, now (figuratively) "owned the car"

We have recently built a house.
On a number of small additional jobs we had done, the builder would offer a cash price.

I took the builder aside and explained to him that if I accepted his offer "I would own him" forever.

From that day on we could squeeze him (for future jobs)
We would be a time bomb that could go off at any time, should he resist

Any legit NZ bank note has "Legal Tender" printed on it.
That is what it is.
It is not optional to decide to accept as payment.
It is Payment.