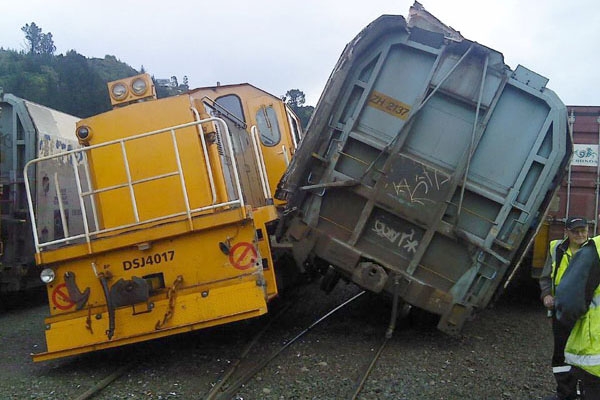 However, Infometrics Chief Forecaster Gareth Kiernan believes the solid outlook for growth masks several risks that hang over the economy.

“Mortgage holders in Auckland look particularly vulnerable to even modest interest rate rises that are likely to occur in the next 2-3 years,” Mr Kiernan said. “Debt-servicing costs in the city now take up a greater proportion of income than in 2007, when mortgage rates reached 8.7%. A future rise of 1.5-2.0 percentage points in mortgage rates would clearly stretch many borrowers in Auckland and squeeze potential buyers out of the market.”

Infometrics predicts that wholesale interest rates will gradually rise further over coming months and that the Reserve Bank will start increasing the official cash rate by mid-2018. “Net migration and population growth will be easing at the same time as interest rates start to rise, and this cocktail could be the catalyst for a housing market correction,” said Mr Kiernan. “Apart from the stresses on the market in Auckland, underlying demand conditions in some other regions do not justify current high prices, and we see scope for a 12% drop in property values by the end of 2020.”

Despite the unemployment rate edging up to 5.2% in data released this week, the labour market has been tightening across the board. The capacity constraints that have previously been most intense in the construction and tourism sectors are becoming more widespread. Infometrics expects to see increased wage pressures as firms battle harder to attract and retain staff, with the unemployment rate dropping back below 5.0% in 2017 and continuing to decline over the next two years.

Heightened political uncertainty also has the potential to derail New Zealand’s growth train. At this stage, the main threat to New Zealand from US President Trump’s policy agenda appears to be potential trade barriers against China.

“Mr Trump has talked about 45% tariffs on Chinese imports, which would reduce American demand for Chinese products, dampening economic growth in our largest export market and undermining New Zealand’s export incomes,” said Mr Kiernan. “President Trump’s proposal is a significant threat to Chinese and global economic growth, and New Zealand would not be able to dodge the flow-on effects over the following couple of years if trade barriers between China and the US were implemented.”

“Closer to home, a change of government or a shift in the balance of power after New Zealand goes to the polls on September 23 could also have affect our medium-term economic outlook,” said Mr Kiernan.

“President Trump’s proposal is a significant threat to Chinese and global economic growth, and New Zealand would not be able to dodge the flow-on effects over the following couple of years if trade barriers between China and the US were implemented.”

What's up with Russia?

The Russian agriculture safety watchdog has imposed a temporary ban on imports of beef and beef products from New Zealand, effective February 6.

“The measure comes after the feed additive Ractopamine, a stimulant fertilizer for promoting muscle growth, has been discovered in some samples,” the watchdog spokesperson said.

The watchdog also said that it might ban fish imports from New Zealand due to traces of mercury in some supplies. Read more

After they invaded Ukraine we implemented the UN sanctions. I suspect there's some payback going on. What was going on went strangely unreported by our media.

If the actions are genuine then we need to have a hard look at our farming practices and controls for contamination like this to occur.

Sorry - who invaded? - referendum was there....

Dont be revisionist. Russia invaded. The referendum date was after the invasion date and had no legal basis.

I thought it was previously a US led coup backed by the EU.

On February 4, 2014, a recording of a phone call between Nuland and U.S. ambassador to Ukraine, Geoffrey Pyatt, on January 28, 2014 was published on YouTube.[13][14] The State Department and the White House suggested that an assistant to the deputy prime minister of Russia Dmitry Rogozin was the source of the leak, which he denied.[15][16][17]

In their phone conversation, Nuland and Pyatt discussed who should be in the government after Viktor Yanukovych's ouster and in what ways they might achieve that transition, with the name of Arseniy Yatsenyuk (whom Nuland refers to as "Yats") coming up several times. Specifically, the two spoke about which opposition leaders they would like to see in government, what pitches they would give each opposition leader in subsequent calls to achieve this, and strategies on how they would try to manage the 'personality problems' and conflicts between the different opposition leaders with ambitions to become president.[14][15] Yatsenyuk became prime minister of Ukraine on February 27, 2014.[18] Read more

They have a long history of it;

As do Russia. It's called world power puppetry.

The fact is, the annex of Crimea was just that, an annexation. Under international law it was part of Ukraine. Not to mention the fact it was Russian military involved earlier in also entering eastern ukraine and being involved in downing a civilian airliner.

I always thought it was the Eastern Orthodoxy coming up against Rome, Britain/France and the Ottoman empire.

But Russia already had a military base in Crimea. Its Black Sea Fleet had been stationed there for over 200 years. All that happened is that after the events in Kiev and the toppling of a government they had broadly supported, the predominantly Russian population of Crimea, fearful of their future in a Ukraine in which hardcore nationalists were once again prominent, voted in a referendum to return to Russia. Fallon conveniently neglects to inform his audience that Crimea was part of Russia from 1783 until 1954. I wonder why he did that? Read more

"Went strangely unreported in our media" nothing strange as media globally report their opinions as fact and tend only to report events where a shock horror type headline is usable albeit totally inaccurate. This is why the Donald uses twitter as it by passes the MSM.

where is this story in the NZ media, i can see it across many international networks but not in any main NZ papers. Surely the papers have to cover this story?

It's as if the main media outlets are completely in the pocket of National and are unreliable. It's not exactly the first major story that has been deliberately not reported. The failed extradition proceedings against Kim Dotcom were left unreported even though the case made by the Crown made them look like incompetent clowns. It would also raise questions about the Judge in the original case who ignored the evidence which is a bigger story as it brings our Judicial system into question.

There are plenty of other stories like cost overruns in a Police computer system that was reported by theregister but no one in NZ.

Fascinating, I consider myself well read and had followed the KDC story and likewise have seen nothing about the actual case. Unless the MSM and Politicians wake up to the change in public opinion the results will be very ugly.

No need, the two main media outlets have both had similar stories recently with a far more sensationalist tone.

I read about it in the NZM MSM here;