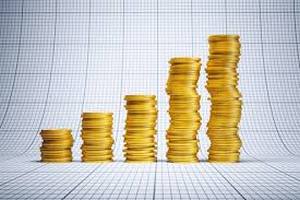 “Ten percent? … well, we tried.” Rory answered dryly on the phone. A moment of silence followed. We both got it: a 10% Common Equity Tier 1 (CET1) capital ratio requirement was a stretch for the largest UK banks.

It was the answer of my Bank of England counterpart who specialised in bank capital when I asked him to reveal the Bank’s position on their targeted CET1 ratio requirement for systemically important banks. That was 2011. Still, a 10% CET1 ratio is an important bright line for bankers, investors, and policy makers.

Fast forward to 7 March 2017 and Grant Spencer delivers a speech that announces the RBNZ’s review of capital requirements. Grant’s speech raises the expectations of the quantity and quality of New Zealand bank capital.

The Reserve Bank’s capital review is aptly timed. Currently, Europe and the US seem to suffer from bank-capital fatigue. The Trump administration will be doing a big number on Dodd-Frank (the US bank capital rules). European regulators continue to push back on the completion of post-crisis bank rules, in particular if they lead to higher bank capital requirements.

Bank capital fatigue may spread like a virus – it is therefore good to see the Reserve Bank revisiting bank capital rules, … now, not later.

Reading between the lines

Grant’s speech offers a panorama of options. All of them are focused on simplifying and improving the main elements of regulatory bank capital ratios: the definition of capital, the measure of risk, and the minimum ratio requirement. Specific information will follow later this year: a high-level issues paper in April, more detailed consultation papers later.

Reading between the lines, the review is probably more about lining up New Zealand banks with the rest of the world than about a simplification and tweaking the rules for the New Zealand context. The current RBNZ bank capital regulation is already relatively straightforward compared to Basel III and regional implementations thereof. See for yourself and compare the RBNZ banking handbooks to the 440 densely printed pages of Europe’s CRD/CRR and a whopping 849 pages of Dodd Frank. The Reserve Bank may want to squeeze more simplicity juice out of the regulatory lemon, but there wasn’t that much juice to start with.

The Reserve Bank will also examine CoCo’s, or capital securities that are eligible for inclusion in Additional Tier 1, or AT1. One could ask if such an examination is worthwhile. The graph below shows the contribution of Additional Tier 1 to bank capital: the orange line at the bottom. Most of the loss absorbing capacity of banks is delivered by common equity. Given that banks have a persistent drive to issue Additional Tier 1 capital instruments, the Reserve Bank may have to choose its battles wisely.

Some catching up to do

I expect the Reserve Bank to target the quantity of capital. Primarily via the capital requirements and the denominator of the CET1 ratio, i.e. the risk weighted exposures. A focus on the quantity of capital makes sense, because New Zealand banks now run the risk of getting behind their international peers. By offering a friendly view on NZ bank capital, Grant Spencer probably did not want to rock the boat: “our banks are “in the pack” in terms of capital ratios relative to international peers.” They “may effectively be around the median of international comparators.”

The reality, however, is less sanguine. Compared to banks across the Tasman, ours are not “unquestionably strong” if that means reporting capital ratios that are in the top-quartile.

Moreover, Grant’s speech compares our banks’ CET1 ratios to those of the large international banks that participate in Basel III monitoring rounds using fully phased-in ratios. Where Basel III Group 1 banks report a median CET ratio of 12.1% on a fully-phased in basis, our banks report a 10.5% ratio. There is an apparent gap of 1.6%, but this gap disappears when one augments the New Zealand ratios by 200 basis points to make them internationally comparable.

This comparison is problematic because large international banks are less well capitalised - and fully phased-in ratios are lower than current ratios.

An alternative approach would be to adjust for size and then compare CET1 ratios among banks with similar amounts of capital[1]. Using data from the European Banking Authority stress test of 2016, I selected EU banks with Tier 1 capital between NZ$1,000m and NZ$11,650m to reflect the range of Tier 1 values of Kiwibank and ANZ respectively. My examination shows that similar-sized European banks sport a 15% CET1 ratio, which is 4.5% higher than our largest five banks report. Even deducting 200 basis points from European CET1 ratios - to make a fair international comparison - shows that our banks are getting behind. So yes, I think our banks have some catching up to do.

In addition, I would like to see a future Financial Stability Report that shows that our largest banks’ CET1 ratios comfortably dwell above 10%, instead of the usual reference to 4.5% as the minimum CET1 capital requirement. Pushing expectations to the bright line of 10% is well worth a try.

Note: [1] This is how the Basel Committee selects banks for Group 1 and Group 2 in their monitoring exercise, Group 1 banks are those that have Tier 1 capital of more than €3 billion and are internationally active, all other banks are Group 2.

*Dr Martien Lubberink is an Associate Professor in the School of Accounting and Commercial Law at Victoria University. He has worked the the central bank of the Netherlands where he contributed to the development of new regulatory capital standards and regulatory capital disclosure standards for banks worldwide and for banks in Europe (Basel III and CRD IV respectively).

Once again the focus for capital requirements is solely on the likelihood of bank failures.
This focus ignores the hugely excessive returns above WACC that the banks enjoy, and the problems that those huge rates of return cause by allowing banks to fund credit growth of 8 to 9% year after year at the same time as delivering prodigious dividends.
Current rates of credit growth are unsustainable and will cripple NZ unless arrested soon. The simplest way to achieve that is to increase CET1 requirements to around 20%. Banks would still be earning more than a fair WACC at that level.

He felt that nothing else seemed to work. Talk about poacher turned gamekeeper.

I would also like to see more use of the Core Funding Ratio, it was one of the few things the RBNZ did that actually worked, but instead of therefore doing more of what worked they decided to try some unproven things. Is it all just for show, to give the impression they know what they are doing, or are they just blindly following their blind leaders overseas?

It's a matter of following central bank pop culture rather than promoting financial stability. If we have a bubble burst we could easily lose a bank. I don't remember the last time there was a bank run here just people losing everything to collapsing finance companies.

10% seems quite low given the larger global banks are taking CET1 ratios up to 13%+. Do local banks publish their targets?

RBNZ often refers to 4.5% and 7% as minimum requirements for CET1. However, these percentages are low.

10% should be the minimum, only in stress banks should go below.