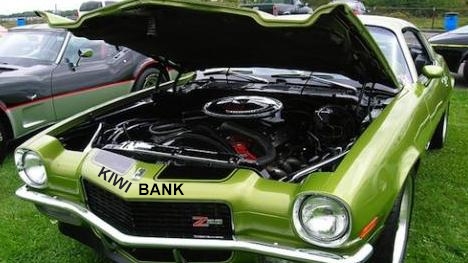 I wrote about CoCos before, and Kiwibank confirms my view: they are trouble indeed. So, what’s new this time?

Actually, Kiwibank is secretive about this gaffe, not to say that it is completely unclear what actually went wrong. The two(!) statements of 15 March contain some cryptic information that only insiders may understand.

That said, it is important for maintaining trust in financial markets that everyone knows what is going on. Given Kiwibank’s opacity in this case, I will have to make a guess – also because most pundits only copied and pasted statements and views of others.

Accepting the risk that I am totally wrong, here is my 2 cents.

Why now? It is tempting to think that the Reserve Bank has been sitting on this information for some time and because of the recently announced capital review decided to firm up its capital review processes. But, this interpretation doesn’t make sense. In my experience, market parties know very quickly when an instrument does and does not qualify. Most problems are identified before the instrument ‘goes live’. Moreover, the capital instruments look like bog-standard capital instruments to me, so it is unlikely that the instruments weren’t eligible at the moment of issue.

Something must have changed along the way. Until recently, Kiwibank’s obligations were protected by its owner, New Zealand Post, by way of the NZP Guarantee. This guarantee may have worked under a single owner. But since last October, New Zealand Post shares its ownership in Kiwibank with the Guardians of the New Zealand Superannuation Fund (25%) and the Accident Compensation Corporation (22%).

To nip free rider problems in the bud, NZP ditched the Guarantee: “on 31 October 2016, NZP gave notice of the termination of the NZP Guarantee (with an effective date of withdrawal of 28 February 2017” (uh oh!) “This termination will not affect any payment obligations of Kiwibank that were already guaranteed at the time the guarantee was terminated.”

Bills, bills, bills. But how would the elimination of the NZP guarantee affect the Kiwibank capital instruments? I mean, these instruments were not guaranteed anyway. In fact, capital instruments are meant to absorb losses – which is the opposite of being guaranteed. The cryptic lines in the Kiwibank announcements confirm my view: It is less about the instruments than about paying the bills. “… the shareholders of Kiwibank, NZ Post, the New Zealand Superannuation Fund and the Accident Compensation Corporation confirm their support as long term shareholders. … In the event that the RBNZ determines that the issuance to KCFL are not fully compliant, the Shareholders will ensure that the bank will be in no worse capital position than if the RBNZ had not changed the treatment of the capital.”

What bills? To answer this question, you should realise that the capital instruments are issued from a special purpose vehicle, an SPV named Kiwi Capital Funding Limited. KCFL has no assets and no employees. It uses no electricity or water to make coffee. What bills could KCFL possibly have? The prospectuses of the capital instruments offer clarity, KCFL has mainly small bills. These will be paid by Kiwibank: “KCFL will owe amounts to certain creditors in connection with your Perpetual Capital Notes, for example, brokerage relating to subscriptions for Perpetual Capital Notes and fees payable to the Trustee, the Registrar and NZX. However, KCFL and Kiwibank have entered into an Administration Agreement under which Kiwibank has agreed to pay these amounts on behalf of KCFL.”

So, before mom and dad pay any bills, Kiwibank pays first – the small bills, that is.

Except the tax bill perhaps? One bill however, may no be so small: the tax bill. Especially if the owners start sharing their tax bills with KCFL. This may look strange, but the prospectuses of both capital instruments contain a clause that forces KCFL to pay taxes when the owners can’t. “As a member of the New Zealand Post consolidated group for income tax purposes, KCFL may be jointly and severally liable for taxes payable by the consolidated group. … If no other member meets the tax liability of the consolidated group Inland Revenue is able to claim directly against KCFL.”

Because of this clause, Kiwibank’s capital notes do not only support the assets of Kiwibank, but also the tax bill of the entire consolidated New Zealand Post group. This basically means that the capital notes are not fully available to absorb losses of the bank, which then should lead to disqualification.

Disqualification, then what? Suppose the Reserve Bank disqualifies, then what are the options? It is tempting to brand the disqualification as a “Regulatory Event”. In case of such an event, the holders of the instruments get a full refund. That would be great for Kiwibank, because they then can get rid of an impotent capital instrument.

It is not clear to me if disqualification in this case would constitute a Regulatory Event. As far as I know, a Regulatory Event is the result of a change in the rules that cannot be foreseen at the moment of issuance. It’s like a total surprise, one that most regulators and lawyers would find out of whack. But a change of ownership is not an extraordinary event, and the decision to pull a guarantee is not a regulatory event either.

Uh oh. Chances are that Kiwibank remains stuck with two useless capital instruments for some time to go. Which will be at the expense of their your profits interest rates. Or is is it the NZ taxpayer?

[1] And yes, such guarantees alone could already render capital instruments ineligible, but the guarantees that Kiwibank mentions in their announcements do not really look new to me and they are not about absorbing losses, but more the total amount of capital, not the structure of regulatory capital.

[2] Similar reasoning applies to a tax event too.

*Martien Lubberink is an Associate Professor in the School of Accounting and Commercial Law at Victoria University. He has worked the the central bank of the Netherlands where he contributed to the development of new regulatory capital standards and regulatory capital disclosure standards for banks worldwide and for banks in Europe (Basel III and CRD IV respectively).

By the sounds of it. The legal people in Kiwibank can not drive a Camaro :()

This makes sense as to what the problem was. Apparently whoever put that requirement together had little or no understanding of the banking regulations. If the bonds are now useless as an instrument to meet the capital requirements then multiple people need to be sacked. Paying out 8% and having no benefit is a disaster.

Sounds like yet another cock up by the government in their Kiwibank sell off.