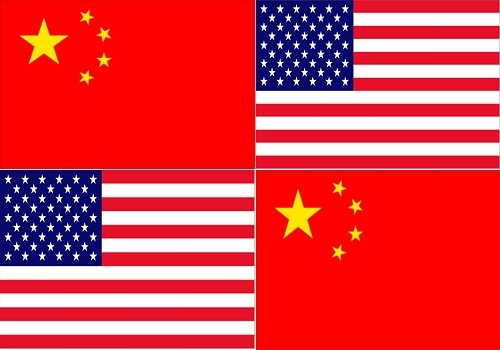 The US and China are global leaders in many economic dimensions.

Put together, the two giants’ economies are the largest trading partner to around 200 other economies – pretty much most of the world.

Top items on the US-China geopolitical agenda are North Korea and, to a lesser extent, Taiwan and South China Sea.

On an economic front, the two countries have been butting heads very frequently over the last six months.

Late in 2016, the US stood alongside the EU in saying that it did not recognise China as a market economy.

Then, there was the threat of a heavy US import tax for Chinese goods.

That sparked more anger from Beijing and the idea of a trade war became a major discussion point among pundits.

Not that it makes sense for the two countries to engage in a trade war.

A study by the Center for Business and Economic Research at Ball State University in the US showed that 85 per cent of job losses can be attributed to technological change such as automation. So, it is hardly fair for the US to lay blame on international trade for job losses.

The world needs both economies to be in fairly good shape.

We do not need to have a winner in this case.

We’ve been bracing ourselves for more conflict since President Trump took office.

One aspect of his internal reforms is to bring back jobs to the US. From afar, this might seem detrimental to China’s manufacturing and exporting opportunities.

But it isn’t quite so clear cut.

China is trying to lose some low to mid-end manufacturing. In fact, it has begun to outsource a lot of activities. And while exporting is important to China, it has taken a back seat to investment.

Chinese investment into the US won’t be a problem for the new US government even if it goes ahead and creates more jobs for Americans.

According to the Rodium Group, an investment and policy consulting company, Chinese firms poured US$8.6 billion into 778 plant investments in the US from 2000 to 2016.

The US’s focus on infrastructure development is a boon for China.

In the last few years, China has been promoting infrastructural and logistical developments across the globe. So again, its direction is compatible with what the US desires.

Even though there are no details yet, chances are good that this plan will materialise, especially given the dire need for the US to upgrade its transportation network.

If the two powerhouses can iron out their differences, we’re likely to see consortiums involving both Chinese and US firms participating in the projects, similar to the deals struck for the Jakarta-Bandung link project in Indonesia.

In fact, two weeks ago, China’s largest railway equipment maker CRRC signed a US$ 650 million deal to supply underground carriages to Los Angeles. CRRC had supplied US$ 570 million worth of carriages to Boston two years ago.

Americans are also expressing more favourable views on China, according to recent findings from the Pew Research Center and Gallup.

The latest survey shows that 44 per cent of (surveyed) Americans have a favourable opinion of China, up from 37 per cent last year.

All in all, signs are pointing in the same direction.

Has anyone done the math? subtract raw goods and IP exported from the states to be manufactured for return as finished goods and the "dumped" products that the US buys just 'coz its cheaper right now than making their own, what percentage is left? what does the US need from china that it would not do for itself if pressed? Methinks low.......
That's why the Chinese are squirming at the thought of being detached from the teat. Vested interests caterwauling that prices will rise are just crocodile tears, isolation will not hurt the US and inflation is good, so we are told......

The elephants in the China room are not what Americans think or whether there should be a trade war. The fundamental problems stem from;

(a) a mercantilist foundation to its economy that has the effect of importing jobs from other countries; and
(b) a communist centrally managed 'command economy' that does not meet the standard of a free market.

Reporting and statistics are very opaque by western standards and cannot (in my opinion) be trusted as either true or complete. I would never have let them into WTO. An opaque currency owned by a small political elite should never be a reserve currency. If I were the USA I would implement the same exact policies that China uses in reverse back on them.

Is that a trade war?

It is high time that somebody stood up to the Chinese and called their skewed trading and political practices for what they are. I am not much of a Trump fan, but in this case I hope that he draws a line under all the crap from China that we have previously turned a blind eye to.

I AGREE WHOLEHEARTEDLY , a Trade War is senseless .

However , China needs to immediately start complying with WTO rules and stop cheating .

First to go must be currency fixing and aggressive manipulation , followed by stopping illegal subsidies and tax breaks , and thirdly labour must be allowed collective bargaining .

When the US invested in China, it was opening companies and branches which employ thousands and which comply with international labour standards, along with input of IP. China's version of investing in the US is simply selling goods (underground trains et al), all of which are made in China (some would say unfairly - labour standards and costs) and with no long term employment opportunities for locals.
If China thinks it is open as a market, could anyone in their right mind seriously think US companies could get contracts to build Chinese infrastructure??? Of course not. With China it's a one way street.