NZ Initiative’s Jason Krupp says targeted rates could, and should, be applied more widely at a local government level

NZ Initiative’s Jason Krupp says targeted rates could, and should, be applied more widely at a local government level 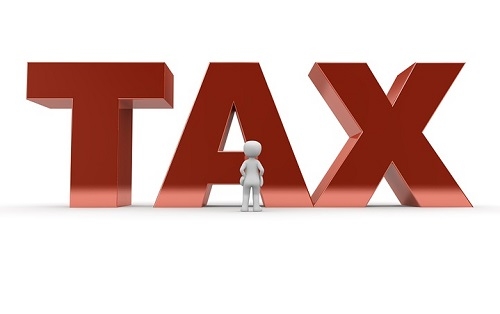 Much ink has been spilled recently over Auckland Council’s decision to try recover tourism promotion costs from inner-city accommodation providers using a targeted rate. Judging by the temperature of the rhetoric, that ink is boiling hot.

On one hand Auckland Mayor Phil Goff argues that it is grossly unfair for rate payers to cover the costs for marketing the city to tourists when accommodation providers capture the lion’s share of the benefits for free.

On the other, the accommodation providers are screaming mad because the proposal may push their rates up anywhere between 150% and 250% by some estimates. Even more maddening for them is the term ‘targeted rate’ because they argue it is anything but targeted. Tourists spend their money at a range of business when in Auckland, but only the accommodation category faces an extra tax.

It has made for a fiery showdown, where both sides have yet to blink.

Yet underneath these tensions are the bones of a worthwhile policy, or rather one half of a good policy. Let me explain.

Auckland Tourism, Events and Economic Development (Ateed) wants to raise $28 million to fund its tourism promotion activities through the targeted rate. This spending is currently funded out of general rates, which works out to just $50 per household per year.

But many of these households do not benefit from Ateed’s activities. Mayor Goff is on strong ground arguing that it is unfair for households in Howick to carry the marketing costs associated with luring a tourist to Britomart.

Targeted rates are an effective means of ensuring that those who benefit from a policy pay for it.

This is where the other half of the targeted rates idea is needed.

If the mayor was interested in fairness he would give the hotels, motels, serviced apartments, camping grounds, backpackers, and bed and breakfasts a definitive say in how Ateed spends the $28 million it hopes to raise.

Close scrutiny of public spending is always a good thing.

These businesses will also want to know what exactly their money is being spent on. Right now it goes to international and domestic marketing, business event attraction, visitor information, major events, destination development, and international student attraction.

The annual report does list a number of benefits from their promotional activities, such as attracting 11 international conferences worth $17 million to the regional economy. But it is difficult to assess these benefits without a counterfactual. How many conferences would the city have hosted without Ateed?

Joseph Parker’s fight against Andy Ruiz Jr last year suggests businesses are more than capable of fending for themselves. Organisers has originally insisted that central and local government funding was necessary to pull off the event, but when this failed to materialise, the event went ahead anyway. This raises the question of how many other events could stand up on their own without Ateed funding?

Accommodation providers will also probably want to know what they are getting for their money.

Ateed’s income was $57 million in 2016, primarily made up of a grant from Auckland Council. It spent 35% of this on staff, of which 59 employees were paid more than $100,000 a year. Is this money well-spent? A good way to find out is to let the businesses servicing these costs have a commensurate say in the budget.

It is important to note that Auckland businesses already carry more than their fair share of the rates burden. They pay around $2.60 in rates per dollar of their property's capital value, whereas residential ratepayers pay $1 for every dollar of capital value. As a result businesses pay more than 30% of the city’s rate but make up less than 10% of ratepayers, even though their demands on councils services are about the same as other ratepayer groups.

Lastly, by giving accommodation providers a real say, it would continually test the issue of why one segment of the sector has to carry all of Ateed’s tourism promotion costs. Why are convention centres, casinos, and campervan rental companies not subject to the special rate as well?

As previously stated, target rates are a good policy provided those bearing the special tax get a say in how their tax dollars are spent.

Set up this way, targeted rates could, and should, be applied more widely at a local government level. They ensure that private beneficiaries of public spending pay their fair share, and that local government proves the value of its spending.

It is too early to tell how developments will unfold, but it may be to the Mayor’s benefit to recall the principle of ‘no taxation without representation’. Those who previously ignored it ended up with a lot of tea in the harbour and war of independence not long thereafter.

*Jason Krupp is a Research Fellow at The New Zealand Initiative, which provides a fortnightly column for interest.co.nz.

Can someone please explain to me why Auckland Ratepayers have to carry the burden of ATEED when the hospitality sector is doing so well ?

Its so good right now that you struggle to get an hotel room at a reasonable rate in Auckland for most of the year (2017) ?

If the hospitality sector want to promote its services , let them organize themselves and pay for it themselves, like any other sector who require promotion of their product or service.

Struggling households should not have to contribute to this gravy-train.

It has nothing to do with private enterprise. Only public organisations can burn that much money that quickly without measurable result.

Why do we need ATEED at all?

What does need have to do with it?

ATEED is a beacon of light, which Auckland Council in its infinite wisdom, has used to deliver us all from evil, self promoting, fat cat private enterprise.

All that remains to improve the situation is to knight ATEED as the newest regulatory body to carefully police us into the sunlit uplands of economic paralysis.

$25 per room per night for all visitor accommodation. Including the likes of air bnb. Would raise quite a lot. Spend it on infrastructure because it is billions behind and the locals can't afford it.. Don't spend it on promotion - that simply is not needed.

I also fail to see the need for and value of ATEED. My idea of Council services is the fundamentals - lighting, rubbish collection, libraries, parks and recreation, street maintenance, sewerage, water, storm water, etc.Council has no role in business (or in having immigration advisers offshore for that matter e.g the patsy position in London - is that still happening?)