Tom Coupe on the economics of big data; What it is, benefits, its economic impact, its failures, its use for scary policy, data art and more

Tom Coupe on the economics of big data; What it is, benefits, its economic impact, its failures, its use for scary policy, data art and more
26th May 17, 10:02am by Guest 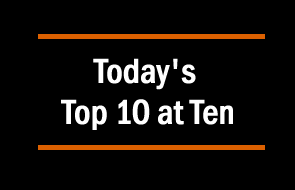 The economics of big data.

Not surprisingly, Interest.co.nz now also has a dedicated tag for “big data” articles.

In this top 10, I give an overview of 10 key articles that will help you to get up-to-date about the economics of big data, big data’s successes and failures, and also illustrate how ‘cool’ big data applications can be.

If you don’t have a clear idea of what big data exactly is, don’t worry – there isn’t one ‘official’ definition – instead everybody seems to have his/her own definition. Here, for example, you can find 42 different definitions, each of them by a prominent big data expert.

“To settle the question once and for all, we asked more than 40 thought leaders in publishing, fashion, food, automobiles, medicine, marketing, and every industry in between how exactly they would define the phrase “big data.” Their answers might surprise you! Take a look below to find out what big data is."

Despite this confusion about what big data exactly is, many believe big data will bring big benefits. Some even consider big data a new "factor of production" or a new “asset class”

“The big data of this revolution is far more powerful than the analytics that were used in the past. We can measure and therefore manage more precisely than ever before. We can make better predictions and smarter decisions. We can target more-effective interventions, and can do so in areas that so far have been dominated by gut and intuition rather than by data and rigor.”

One of the key benefits big data is supposed to bring to business is that it allows businesses to know their customers better, and hence to personalize the targeting of customers. One of the classic examples is the US retailer Target targeting future mothers:

“About a year after Pole created his pregnancy-prediction model, a man walked into a Target outside Minneapolis and demanded to see the manager. He was clutching coupons that had been sent to his daughter, and he was angry, according to an employee who participated in the conversation.

“My daughter got this in the mail!” he said. “She’s still in high school, and you’re sending her coupons for baby clothes and cribs? Are you trying to encourage her to get pregnant?”

The manager didn’t have any idea what the man was talking about. He looked at the mailer. Sure enough, it was addressed to the man’s daughter and contained advertisements for maternity clothing, nursery furniture and pictures of smiling infants. The manager apologized and then called a few days later to apologize again.

On the phone, though, the father was somewhat abashed. “I had a talk with my daughter,” he said. “It turns out there’s been some activities in my house I haven’t been completely aware of. She’s due in August. I owe you an apology.”

Also in New Zealand, there are examples of companies that believe that big data will allow them to gain a competitive advantage:

“It’s theoretically possible to be able to compile a whole bunch of information that gives insight into a person’s risk profile. Effectively that’s what insurance is all about – understanding risk and then pricing for it accordingly.”

Big data cannot only help business to make better decisions, also government officials can benefit from big data. Using online information, it is possible to create ‘early warning systems’ that show the state of the economy before the official statistics are compiled. But Government itself is also a creator of big data as it gathers, as part of its day-to-day activity, lots of data on lots of people. By analysing these data or by opening its data archives to let others analyse these data, government can learn a lot. For example, it can learn about the effectiveness of its services like this example which uses NZ’s Integrated Data Infrastructure.'

“Youth Service: Not in Employment, Education or Training (or YS: NEET) is a government programme designed to encourage and assist disadvantaged 16-17 year-olds to stay in education or training and improve their qualification attainment. … We find that YS: NEET raises the educational retention of participants in the first year, by up to nine percentage points at peak. The proportion who complete a level two qualification is slightly raised, by around two percentage points. The programme appears to raise rather than lower participants' subsequent benefit receipt rates, and there is no improvement in their likelihood of being employed.”

Of course, rather than using big data for better policy decisions, one can use these big data also to control the population in a more comprehensive way as this example from China illustrates well.

“The Chinese government is taking the first steps in an evolving plan to employ big data to establish a nationwide system of mass surveillance of the entire population. This “social-credit system” would mobilize technology to collect information on all citizens and use that information to rate their behavior, including financial creditworthiness and personal conduct. The local experiments have provoked mixed reactions.”

While the economic advantages of big data seem obvious, sceptics will wonder why, if big data is so important, the economy isn’t continuously booming?

“There is just one tiny problem: the economy is, at best, in the doldrums and has stayed there during the latest surge in Web traffic. The rate of productivity growth, whose steady rise from the 1970s well into the 2000s has been credited to earlier phases in the computer and Internet revolutions, has actually fallen. The overall economic trends are complex, but an argument could be made that the slowdown began around 2005 — just when Big Data began to make its appearance.”

“Those factors have some economists questioning whether Big Data will ever have the impact of the first Internet wave, let alone the industrial revolutions of past centuries. One theory holds that the Big Data industry is thriving more by cannibalizing existing businesses in the competition for customers than by creating fundamentally new opportunities.”

What’s more, many claims made by big data supporters are less well-founded than these supporters would like everybody to believe. Tim Harford, the undercover economist of the Financial Times, summarizes it well:

“Recall big data's four articles of faith. Uncanny accuracy is easy to overrate if we simply ignore false positives, as with Target's pregnancy predictor. The claim that causation has been “knocked off its pedestal” is fine if we are making predictions in a stable environment but not if the world is changing (as with Flu Trends) or if we ourselves hope to change it. The promise that “N = All”, and therefore that sampling bias does not matter, is simply not true in most cases that count. As for the idea that “with enough data, the numbers speak for themselves” – that seems hopelessly naive in data sets where spurious patterns vastly outnumber genuine discoveries.”

By now there are also already a number of examples of big data failures. Predicting flu outbreaks based on Google search terms has been less successful than initially hoped for. Predicting unemployment claims based on social media also turned out to be much less accurate than initially thought. And the Farecast algorithm that predicts when it’s the right time to buy your plane ticket is no longer offered by Microsoft’s Bing Travel.

“In 2008, Microsoft snapped up Farecast, a company in the business of predicting airfares, for a handy $115 million. A poster child of the Big Data revolution, Farecast analyzed hundreds of billions of airline ticket prices using a machine-learning algorithm and told consumers when to buy. The acquisition helped make price prediction the key differentiator of Bing Travel, a core asset of Microsoft’s new “decision engine.”

But a few weeks ago, right as I started gathering data for this article, the heralded price predictor vanished from Bing Travel. Initial reports suggested executives had made a business decision to focus resources on travelers’ other needs. With Microsoft’s exit from the price-prediction game, it’s time we re-assessed the technology to see if what doomed Farecast was instead a failure of Big Data.”

Whether or not big data will make all of us better off and become visible in the aggregate economic measures like GDP, remains to be seen. Whatever the case, big data is already bringing us lots of cool stuff, look for example at this ‘Largest Analysis of Film Dialogue, ever’, at ‘How Music Taste Evolved’ or at these examples of ‘data art’:

“The objective of data art is to create aesthetic forms and artistic works from the digital nature of the data generated from big data (graphics, simulations, worksheets, statistics, etc.).”

I am concerned with my own addiction to the internet and the way it can serve up "interesting" articles that "need" or command my attention. Every time I go surfing this adds to the data that becomes part of the BIG. It is no wonder that productivity is declining when I am just checking something on line every 15 minutes, instead of focussing on my day job....

LOL - we are still arguing about what it is - but we know for sure it's the next big thing with a million benefits. Gotta love IT.

Pretty sure big data will provide benefits but just as sure there will be a downside and an invasion of privacy. The father finding out about his daughter's pregnancy from baby clothing mailings sounds like a mixed blessing at best. I am not sure whether the choice of internet ads based on my searches would qualify as "big data". What I do know is most of the time ads appear after I've purchased the particular item.

Surely fracking is the big data story of this decade. Blowing away convention on proven oil reserves, costs and the odd cartel.

"Thanks to new sensing capabilities, the volume of data produced by a modern unconventional drilling operation is immense—up to one megabyte per foot drilled, according to Mills’s “Shale 2.0” report, or between one and 15 terabytes per well, depending on the length of the underground pipes. That flood of data can be used to optimize drill bit location, enhance subterranean mapping, improve overall production and transportation efficiencies—and predict where the next promising formation lies. Many oil companies are now investing as much in information technology and data analytics as in old-school exploration and production."
https://www.technologyreview.com/

To mis-quote an old saying: