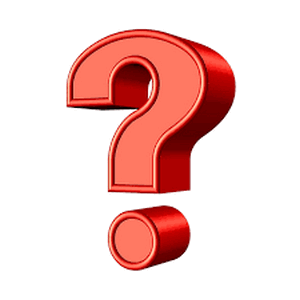 Well, now we know what is likely to happen with taxes under a Labour government. National’s promised inflation-indexing of the lower income bracket tax thresholds will be gone, we will likely have some kind of water tax, but big changes like capital gains taxes are off the table until after a report from a Tax Working Group and the 2020 election.

It’s good to have some certainty about big policy changes. It is harder for voters to make informed choices when parties are coy about their intentions.

But there is one other big potential change in Labour’s policy manifesto that we do not know very much about, and that could matter a lot.

Labour proposes what could be very substantial shifts in labour relations. Its policy manifesto is light on the details, punting them to a different post-election working group of stakeholders. But the big picture is generally set.

Currently, every company sets its own employment deal with its workers, within the confines of labour laws that apply to everyone. Conditions vary firm-to-firm and reflect the circumstances particular to each company. In one place, flexible working environments might be very easy to accommodate and so workers would have easy work-from-home options. Another company in the same industry might have a much harder time doing that, but might make it easier for workers to vary their shift times. And still others might have very little flexibility but higher pay as compensation.

One size rarely fits all, and so a baseline minimum combined with general flexibility makes a lot of sense.

Labour proposes industry-level Fair Pay agreements that could change all that, within their first year in office. What would this mean? Here is everything we know about it, from Labour’s manifesto:

“In conjunction with all relevant stakeholders, develop and introduce a legislative system of industry and sector collective bargaining that allows unions and employers, with the assistance of the Employment Relations Authority, to create Fair Pay Agreements that set minimum conditions, such as wages, allowances, weekend and night rates, hours of work and leave arrangements for workers across an industry based on the employment standards that apply in that industry.”

But what does it mean? How broad are the proposed industry and sector groups? Consider restaurants. Fast food places will differ considerably from fine dining establishments. Some restaurants are open all day; others only for lunch and dinner; still others only open at 5pm and stay open until very late. Hours of work, provisions for weekend and night rates, and leave arrangements will vary considerably across all of those, even though they are all restaurants.

And what happens in workplaces where both workers and the company want something other than the industry-level government-approved Fair Pay Agreement? Would there be opt-out provisions? How difficult would it be to opt-out?

Earlier this year, Australia’s Centre for Independent Studies published a review of the problems inherent in Australia’s system of National Awards.

And pay rates for baristas on Sundays became a matter of national political importance rather than something left for each café to sort out on its own.

If you aren’t sure which award applies, a helpful website might point the way. But it is far from comprehensive.

The CIS reports on one illustrative case in Melbourne. A small design firm was not sure which award to provide its workers because none of the prescribed categories matched what the firm’s workers were doing. So they asked, repeatedly for guidance. They received none, but months later received a $700,000 notice for back pay from the Fair Work Ombudsman – which was later withdrawn after costly litigation.

If the workers and the employer were both happy with the salary that the company had offered, why should the Fair Work Ombudsman, or the Employment Relations Authority, step in to say otherwise?

The CIS report also notes a recent Fair Work penalty decision that granted hospitality workers 25% higher pay on Sundays, but not for hospitality workers in fast food. At the same time, the awards provide too little allowance for regional differences. It is bizarre that the Australian government thinks it has such a crystal ball into the proper functioning of markets that it can and should draw these distinctions. Central planning for wages is bound to result in arbitrary distinctions and perverse outcomes.

Right now, Auckland schools cannot hire teachers because nationally set wages do not adequately recognise the massive difference in the cost of living in Auckland as compared to elsewhere. Now imagine extending that kind of problem to every industry coming under National Awards. No system of nation-wide industry-level bargaining can ever keep up with changes in the economy.

H.L. Mencken warned that democracy is the theory that the people know what they want, and deserve to get it good and hard. I’m not sure that Labour has provided the detail necessary for voters to come to any reasonable assessment of what might yet be in store. And so I hope that they might be shown some mercy.

*Eric Crampton is the chief economist at The New Zealand Initiative, which provides interest.co.nz with a fortnightly column.

At least that is an advance on the feudalism Nats are leading us back to.

True, assuming the right-wing koolaid is consumed - even the 20th century is an advance over the 19th century's feudalism.

PocketAces, that is a ridiculous emotionally driven statement and does not contribute in any meaningful way to the debate. I'm sure you have more than that.

But of course the original post is entirely valid as it fits in to your narrative..... ..

Building companies losing money & going broke in a boom.
Other trade / labour based SMEs / industries struggling under the force of “foot on the throat” tactics of large corporates (whom many are of overseas origin).
So now add to that yet another layer of bureaucracy and get a bunch of academics to tell you how much to pay someone. Yay….
Will the same academics then go on to negotiate market sales rates with the duopolies and monopolies in this country that control the average person’s wages via excessive market share empowered supply contracts?

NZ Initiative might want to get some clarity on the following points as well:

When are we getting an answer on the billshitters involvement with Todd?
Why did the billshitter ignore an offer for unmanned entry to Pike River in Jan?
If clear evidence of false data involved in an NZ citizen application is known why do we still have a suspected Chinese spy in the Nats ranks, well why is he still in NZ even?
Why is there suddenly a housing crisis when the Nats said all along there wasn't?
What is the Nats plan to stop the pollution of NZ rivers?
Why has nothing been done to help NZ homelessness?
Why is youth suicide in NZ so high?
Why is Murray McCully not in jail?
Why is immigration so high?
Why is Jonathan Coleman known as Dr Death by the medical community?
Why is Nick Smith (fill in your own question here)?
Why do the Nats lie so much, is it to do with the water?

You could go on for ever, NZ Initiative need to focus on everybody but then we know that isn't going to happen.

"Why is Nick Smith?", you could have even left that point at that.

Its all so bad
New Zealanders among world's happiest people
www.stuff.co.nz/travel/news/77974225/New-Zealanders-among-worlds-happies...

That takes the cake

According to Colin, the people of NZ became the happiest in the world in 2008, with the rise to power of John Key and Nationals, and continues to this day

Interesting point Colin.
I think the answer there is that for NZ we don't see the investigative reporting that other countries have or perhaps we have had in the past. Interest.co.nz have pointed out to me recently that most media just can't afford it these days. When we do get some ground breaking expose as per Nicky Hagar it get shouted down by those in power or even worse the police are sicked on to them.

I challenge anyone in NZ to look at the attcd links and then ask themselves if they feel happy. That Al Jazeera link is terrible. If you are waiting around for any investigative journalism from the likes of Fran O'sullivan all you are going to get is govt feel good handouts. Embarrassing really but that's NZ folks.

That Al Jazeera video contains 'alternative facts' or just plain distortion of the facts. e.g. 50% 0f our lakes are unswimmable - only 5% are monitored. I notice even the Green Party papers have a reference to 'of monitored sites' in referring to stats.

Did they ask people outside a Fresh Choice supermarket? Seems like sample bias.

Funnily enough, those who sit above NZ are not at all exemplars of a "Got mine, eff you lot" attitude we see a bit of around here:

Suggesting perhaps it's NZ social democracy rather than the Nat's running down of it that's had us up this high.

I am unsure of your point? Are you saying that political parties not answering questions is good or bad? Since National does something Labour can the same?

You missed one: Why is farmer suicide rates higher than youth rates but gets no serious mention outside of rural press? Will be interesting to see if they rise even higher once Taxinda gets in.

As Sting sings, "History will teach us Nothing". http://www.youtube.com/watch?v=ZjacmxbqXr8

This article gives us a small slice of how the politics of envy will play out if Labour get into government, with Jacinda at the helm.

You seem happy to give time for NZ Initiative, would it be possible to balance the ledger with some space from a group such as the Red Cross, the Salvation Army or a local Marae who are taking up the slack of NZ homeless from an uninterested govt?

Smalltown, we're always happy to consider articles submitted to us.